What are some things you have read that inspired and guided you as a programmer? [closed]

Ask Question
Asked 11 years, 8 months ago
Modified 10 years ago
Viewed 3k times
32
votes
As it currently stands, this question is not a good fit for our Q&A format. We expect answers to be supported by facts, references, or expertise, but this question will likely solicit debate, arguments, polling, or extended discussion. If you feel that this question can be improved and possibly reopened, visit the help center for guidance.
Closed 10 years ago.
Locked. This question and its answers are locked because the question is off-topic but has historical significance. It is not currently accepting new answers or interactions.

For example, being a beginner, I find a lot of inspiration and direction from reading this post by Bryan Woods.

I'm surprised no one has mentioned The Pragmatic Programmer. It's a must-read if you are at all interested in your craft. 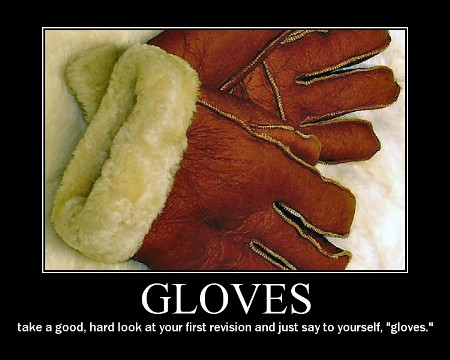 This post from the Daily WTF has kept me on the right path. I'll admit to several times having started developing something where a pair of "gloves" were the appropriate solution.

Read the speech given by Alex Stepanov at Adobe. At the end of 5 years this will seperate the GREAT ones from the GOOD ones.

I always found Coding Horror and Joel on Software to be inspiring on certain blog posts. They also always made me feel good because I understood what they were talking about and made me think of myself as a programmer.

I can't believe no one mentioned this yet.

Sometimes it's more about people...

And a bunch of people on whose footsteps to follow, and on whose shoulders to stand (in no particular order and listed as they come to my mind now in free-flow): Alan Kay, Richard Stallman, Ken Thompson, Dennis Ritchie, Brian Kernighan, Theo de Raadt, Linus Torvalds, Eric S. Raymond, Rob Pike, Bill Gates, Steve Jobs, John MacCarthy, John Conway, Martin Odersky, James Gosling, Guy Steele, Donald Knuth, Edsger Dijkstra, John Carmack, Peter Molyneux... Either their own words and works were inspirational or their stories told by others. As long as you keep in mind that their skills and genius in some areas doesn't prevent them to be blind-sided by their own beliefs in others. Like anyone else. (The 2 books listed above will already cover them fairly well, for most of them!)

I was inspired by the works of these people, and the things they did to achieve (or abandon) their projects.

Sometimes it's more about a culture and a dream, and breaking barriers...

Reading the 2600 as a kid when my English was embyonic, the story of early phreakers like Captain Crunch or the birth of the PC era with Wozniak at Apple and reading books and essays by William Gibson and Neil Stephenson were also inspirational for me as a programmer, though it didn't relate to programming directly. In that vein, even the Hacker's Manifesto, the Agile Manigesto or even things like the IEEE Code of Ethics were and still are inspirational.

The Last Lecture a book written by Randy Pausch the man behind Alice. It goes along with his last lecture "Really Achieving your Childhood Dreams". Always gotta remember to be a Tigger.

it's a very short list, made of two books :

The book The Elements of Programming Style by Kernighan and Plauger was very influential for me when I was learning C. The book was already considered "obsolete" by the time I read it, due to its use of PL/I and Fortran samples, but the tips transcended both languages.

Before reading that book, I was convinced "style" was about what I now consider trivial issues, like formatting (how many spaces for a tab? where do you place the curlies?). But style is what you have once you remove formatting and naming conventions. Is it easier to construct a string backwards and then reverse it? Then construct it backwards and reverse it.

Another book from Kernighan and Plauger, Software Tools, was also helpful, but not quite as good. And the much newer book The Practice of Programming, by Kernighan and Pike is also useful, but a far cry from The Elements of Programming Style. I wish I still had my copy. It's worth it for every programmer to read.

I grew an appreciation of testing and QA after reading Glenford Myers The Art of Software Testing. It showed me that testing was a real creative activity, and not just something for computer science majors who don't like to program. Perhaps with the growing popularity of Test-Driven Development more people will turn to Myers's book.

And I cannot think of a better introduction to the notion of abstraction than the book The Structure and Interpretation of Programs, which is available free online. It introduces the Scheme programming language, but hits upon many other topics in computer science, including declarative programming.

In my academic career, I was inspired by the concept of Aspect-Oriented Programming. You can read some of the very early papers on AOP and end up with half a page of notes for ideas.

I also think the progress of Church and Turing is very inspiring. In the 1930s, before computers were even made, scientists and mathematicians were programming in a higher-order programming language: Lambda calculus. The construction of Church numbers and the predecessor function is probably one of the most clever programming constructs ever. It shows you how to make something from almost nothing.

Not something I read. In 1984 I was talking to my neighbor and his friend. I was 16. The friend told me that essentially the world is split between computer users and computer programmers. He said only the smartest people in the world can become programmers.

Originaly Joel on Software, the way he writes made it very easy to grasp the concepts when I was beginning.

I'm entirely self-taught, and I was fortunate enough to stumble upon an article (I've long since forgotten where) early on in my work that pointed me to these two books. The transformation of my code after I read those two books was staggering. I owe a lot to those authors.

Among many inspirations the most recent one was this book on: Apprenticeship Patterns

When I first read the Design Patterns Book in 1995 or something it was a real eye-opener for me as a programmer.

Nowadays, James Shores' book about agile development inspired me a lot, and lately Lyssa Adkins about coaching teams, both of which are highly recommended if you are interested in such stuff.

Those of an Eastern bent may enjoy a cute little book of koans on the transcendent Tao of Programming.

This was my first step toward on the path toward enlightenment, and was the first thing that encouraged me to think about programming, and creative work in general, as an unconquerable entity of its own that exists to be discovered over time by the creator. Those who try to fight it or understand it will surely fail.

I should re-read this article once every six months If No Shareware Professionals Are 100 Times Smarter Than You, Then Why Do Some Get 100 Times the Results? - by Steve Pavlina

The Little LISPer blew my mind.

I took a High School pascal programming class. I already knew C64 basic pretty well and asked the teacher if all programming languages were like Basic and Pascal. He lent me his copy of the Little LISPer. After spending the weekend reading it, I didn't believe such an odd language could exist or would work. When I saw it running on dial up mini he has access to, I was floored. It did exist.

After my second university level programming class; Algorithms and Data Structures, I switched majors to get access to the better CS Computer lab. They had Unix machines with lisp, scheme, prolog, SmallTalk80 and a ton of other tools.

Code Complete . It covers most of the basic subjects you need to know as a programmer, and gives you directions to learn more about each of them. A very good first step in a learning path. Myself and lots of people I know, wish they read it earlier in their programmer life.

The most inspiring talk I've ever heard was Richard Gabriel talking about that writing software is similar to writing poems. Poets often use a lot of effort to get few words just right - think Haikus - and we should strive towards the same kind of excellence and elegance when writing software.

Elegance and conciseness is as important in programming as in poetry and math, and it requires a lot of effort to do so fluently.

See some of the points on http://www.dreamsongs.com/PoetryOfProgramming.html

The most useful single book ever - not about programming, but about how to work effectively in this field: "Peopleware" by DeMarco and Lister. Should be on every programmers book shelf. And if you move up into management, doubly so.

As Alan Kay said almost 30 years ago, point of view is worth 80 IQ points. Books that changed my point of view:

I found How to Become a Hacker very inspirational. It also gives a workable roadmap for developing as a programmer.

Seth Godin, while not totally programming-related, has some inspiring posts for me as a programmer and hopeful business person (in addition to Joel on Software).

Don't have a a favorite tool. Learn to use every tool, learn when it is appropriate to use, learn its weaknesses and strengths.

Staff whose work is not perfect can be used in places where the quality of their workmanship is in public view. The pillars that support the floor under a building do not have to have a perfect finish (they just have to work).

By doing one thing, do many things. So if there is a choice between doing A and B, but B can be used to do many things next week, do B if you can afford it.

I started off from games programming. It all comes from NES days. Aspired to be game developer and I achieved it but changed to Application Software/Hardware Analyst for better career as my country for games industries is too niche.

During my early days, I actually felt a bit regret of entering into this IT roles. But later was inspired and influenced by my ex-colleagues on his accomplishments and they were quite active in these new technical development areas. During my free time, I will mingle with software programming to work on personal projects with my ex-colleagues.

I know it's a hard read, but Knuth's The Art of Computer Programming is a Really Big Deal in our field. And Douglas Hofstadter's Gödel, Escher, Bach: An Eternal Golden Braid is inspirational for those of us with a mathematical or algorithmic bent.

Just picturing someone designing such complex methods & algorithms almost a century ago gets me motivated.

Not the answer you're looking for? Browse other questions tagged learning self-improvement books or ask your own question.

20
How to get motivation and time to learn outside of work?

1
What are some strategies for understanding algorithm variables semantics?