I'm trying to figure out the best way to model/design and then implement a "user" feature in a system.

I am designing an on-line access request system, so our company can use a web-based method for users to request access to various software systems. Since the system is all about the "user", the user is the focal point of the system.

So, a User can request access to a system. Then, the User's Manager will approve/reject the request. After that, the System Owner will approve/reject the request. Then it's the System Admin who approves/rejects, and finally the Security Administrator approves/rejects and adds them to the appropriate Active Directory group so they have access to the target Active Directory-driven application (not this application).

I see all entities that represent a User as a core (set of) class(es) in the system. The User object is straight-forward - just pass their Windows login to Active Directory (AD) via an LDAP query and get their info and load it into an object. In an LDAP query, if there are other Users that report to them (a user's manager is stored in our AD), then this "user" is not only a User in this system but also a Manager. If this User is also in the database as a System Owner, they are also a System Owner.

(Assume a Manager is someone with at least one direct report assigned to them in AD.)

I've considered a single User object, with properties such as IsManager or IsSystemOwner. However, should I construct an object hierarchy where (for example) a Manager class inherits from User? There are quirks with this, because a System Owner could inherit from User or Manager. Not all system owners are managers. However, Managers, System Owners, System Admins, and Security Admins are all Users, because they can be requesting access to some software system where there role in this system is only as a User. Here is an overview of "is a" for all of the user entities:

This seems like it's so easy to model on paper, but getting it into good, flexible code is stumping me. All suggestions are welcome.

EDIT: Based on Karl's feedback, I have this prototype model. Does it look solid from an OOP perspective, based on my intended use?

My suggestion is rather than making different User classes for different roles, have a single User class that contains a list of Role objects. Role would be a base class, with Manager, SystemOwner, SecurityAdmin, and SystemAdmin being derived classes, with fields specific to their needs. Manager would have a list of subordinates, SystemOwner would have descriptions of the system, etc. Role could have common fields, like an alternate approver, for example.

That architecture opens a lot of possibilities. Someone can easily be the owner of multiple systems, for example. That also makes queries like "list all system owners" easier.

I think the bit that you're missing is that Role is not an attribute of User. Role is an attribute of the relationship between two entities (either two users or a user and a system).

In the UML world, this sort of thing is called an association class. In the database world, it is called a descriptive attribute.

You can still have a IsManagerOf method or IsOwnerOf method, of course, as a matter of convenience. But it terms of your data model, they don't belong to the user at all, they belong to the relationship that is attached to the user.

Your domain model is over-engineered for your use cases. For "Acess Management", you do not need to model or store who is in who's team in your database -- those information would be more current in your ldap systems.

I believe you are complicating by storing roles. The below diagrams may provide a simplistic model that may cover your use cases.

User object just needs an enterprise-wide-unique id, nothing more. Most hierarchy data may already be in enterprise ldap. 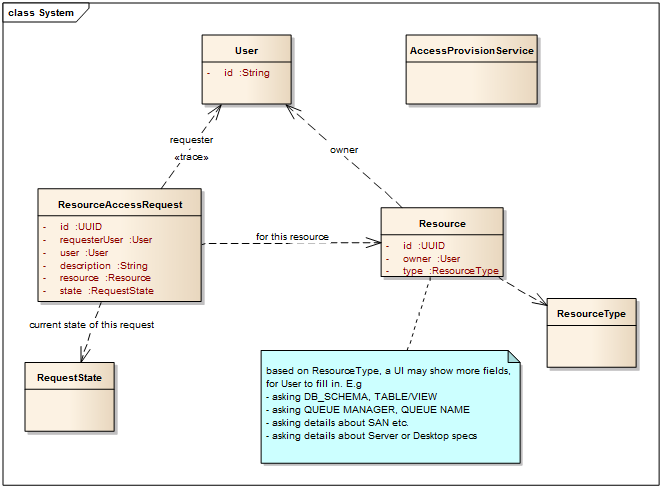 Most of the heavy-weight business logic can be doe in service layer -- with ldap and your local db as your data sources. 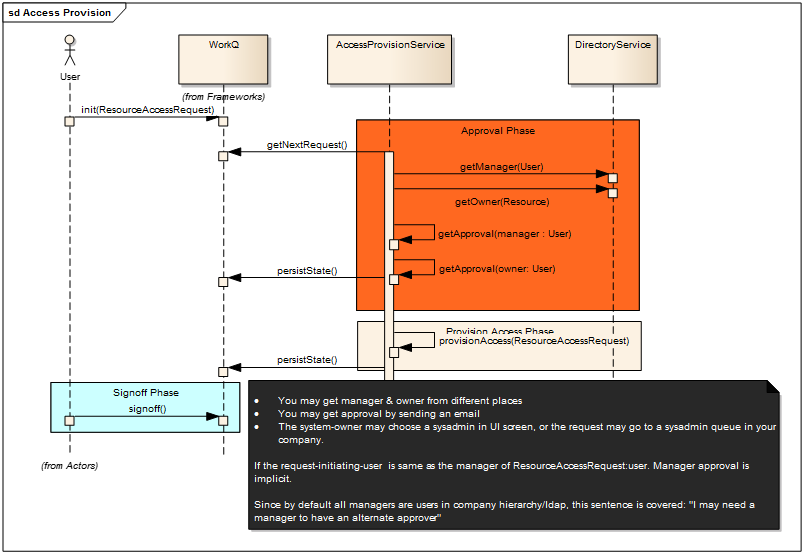 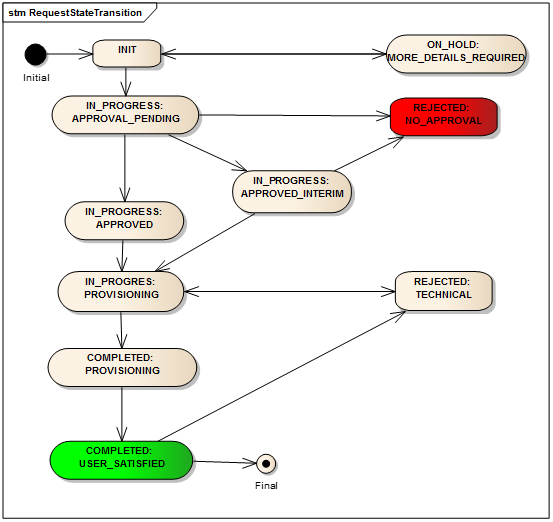 Not the answer you're looking for? Browse other questions tagged object-oriented modeling domain-model or ask your own question.

0
Is hooking Data access method on wrong object detrimental for a developer
7
Filesystem like permissions for C++ type-members
2
Exposing a Disposing event
2
OOP concept: is it possible to update the class of an instantiated object?
3
Object Calisthenics - reducing to two attributes
1
User and role modeling
3
Design of a "storage object" - object used soley to store data
5
Where to add the role based access logic in domain model aspects? For Library Management System
1
Looking for feedback on my Object-Oriented class diagram design
4
Object Oriented Design and Relational Databases: Where to place behavior that pertains to more than one tables?