The primary issue with PHP's short tags is that XML managed to choose a tag (<?) that was already used by PHP. 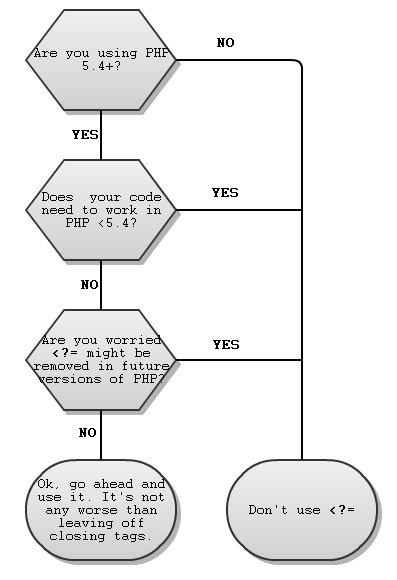 9
Is mod_security a good thing?
13
Is it OK to introduce methods that are used only during unit tests?
19
Closing tag (?>) on PHP files?
59
Is it considered bad practice to have PHP in your JavaScript
1
Frequent file system writes in PHP when serializing objects
4
PHP filesystem best practice
2
How to update HTML/JS client from PHP server without refresh intervals?