How to generate random numbers without making new Random objects?

I'm using this as part of a game, but it's not really a game development question, so I'm putting it on this more general Stack Exchange.

The idea here is that the function will generate the world the same way every time, so we don't need to store anything; the function itself is the storage. Unfortunately access speed is a little slow, because the only way I can find to generate random numbers is to create a new Random() object with a seed based on the input, which is surprisingly slow.

Is there a better way? I'm not worried about crypto-safe generation; in fact I'm just going to pick a random seed in advance and expose it quite publicly.

Where the MapCell is one of four types (in fact it's more complicated than this, but not a whole lot). The point is that this could be called for any parameters, at any time, in no particular order, but it needs to return the same answer every time, if x and y are the same every time. That's why I can't fix a certain Random object and use it repeatedly.

I also don't want to store anything, because I want to keep the RAM usage quite low, but allow the player to wander freely to the edges of Int.MaxValue

Sign is on a good track, but his algorithm is wrong. It is not much random. It is actually pretty hard to create random like this. I was playing around with this and everything I tried created obvious patterns when printed in 2D. In the end I manged to create an algorithm that doesn't create any eye-visible patterns. I looked for inspiration in existing random algorithms.

When this algorithm is used to render a 4-shades of gray image, it creates this: 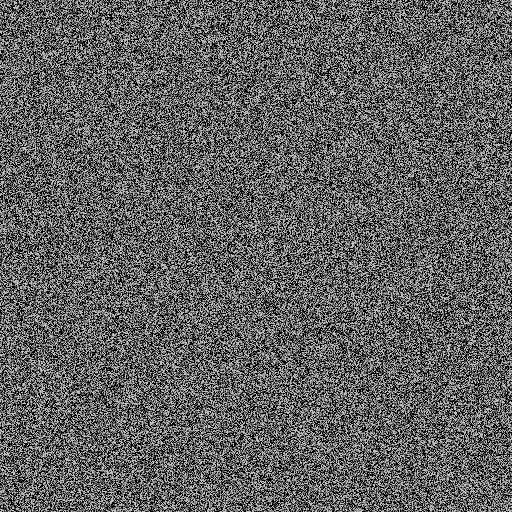 For comparison, the Random algorithm creates this pattern: 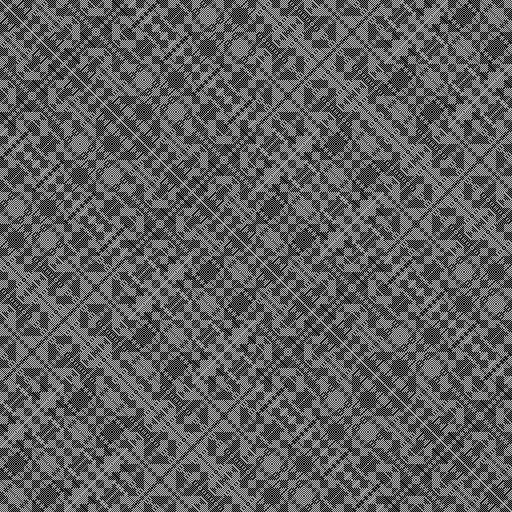 And Sign's algorithm too has patterns: 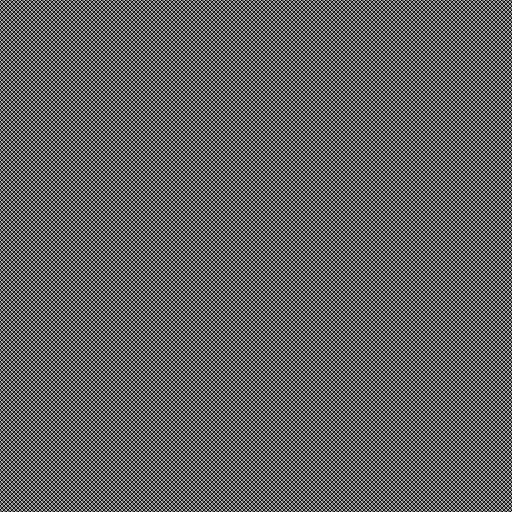 Why not just combine the two numbers and hash them? something like

You want to simply map each X,Y coordinate to a MapCell.

In The Art of Computer programming, volume 2 there is a section dedicated to random numbers. You might be able to find what you are looking for in there.

Project Euler uses the following psuedo random number generator in a few of its problems (252 and 375 are the ones I spotted first):

Obviously, this doesn't give you a walk up to maxint, but it gives an approach to your own that only requires you save the last result. If you are working with longs instead of ints, it would let work (for what its worth, 2^32-5 = 0xFFFFFFFB = 4,294,967,291 is the largest 32 bit prime).

In the talk rand() Considered Harmful the presenter goes over a number of different options for doing random numbers. While that talks of C++, it does give information that can be used to find a the right method in other languages.

In particular, for well known uniform random number distributions the thing you want to find is mt19937 which stands for the Mersenne twister with very particular parameters - its based on 219937 - 1. (~11m into the talk).

The key with the Mersenne twister is that it is very high quality pseudo-random numbers. If you poke around a bit, you can find implementations of it in a number of languages. The original C source

Specfically, for C# you can use Jon Skeet's StaticRandom to get random numbers in a thread safe way - no instantiation of new objects needed (code). A modification of the code should allow you to pass in a seed.

As commented by Kyralessa, the Random class should be created and the sequence requested from the one instance. This saves the time of creating a new class instance.

Not the answer you're looking for? Browse other questions tagged c# random or ask your own question.

22
Predicting the output of PHP's rand()
1
How to generate random numbers with a (negative) sloping distribution?
5
random unique pair numbers from two range
9
Algorithm to generate N random numbers between A and B which sum up to X
4
Generate a random color for every user and keep track of created colors. Every color MUST be different
5
How to generate a random bag of positive integers that sum up to an input number?
1
Randomly sorting a list where some states are illegal?
0
Is it possible to transfer data with a really unique seed of a psudo random number generator