Is a code review which uses only code comments a good idea?

I know, that custom comment tags are possible in eclipse & netbeans. Sure it also should be in blablaStorm family. 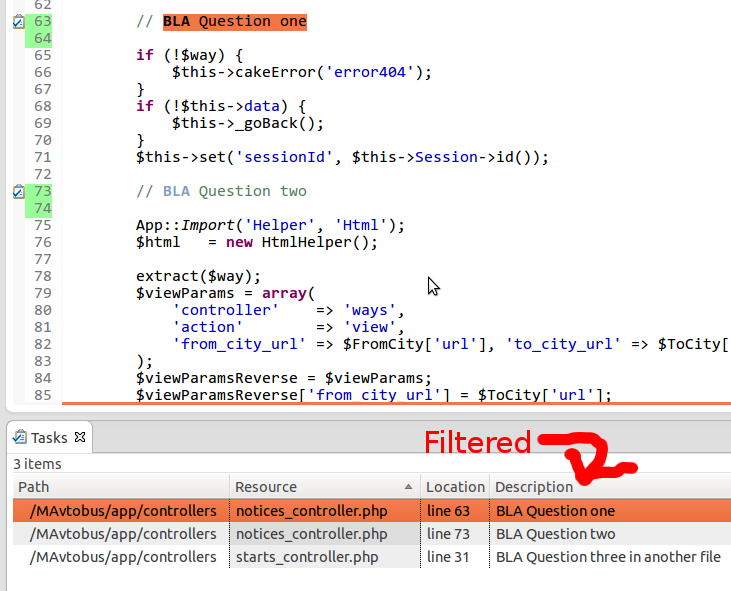 The idea is actually very nice. Contrary to common workflows, you keep the review directly in code, so technically, you don't need anything but text editor to use this workflow. The support in the IDE is nice too, especially the ability to display the list of reviews in the bottom.

There are still a few drawbacks:

I would supplement the comments in the code with a companion document. This would summarize the findings and live on after the comments were removed. The advantages of this would be:

I would also use a work item for doing the review and responding to the review, and associate the checkins with it. That makes it easy to find the comments in an old changeset, and to see how each was handled in another changeset.

Others have talked about of the limitations of this approach. You mentioned that tools like gerrit were hard to install - I suggest you take a look at phabricator (http://www.phabricator.com). This is the code review system that Facebook has used for years, and was recently open sourced. It's not hard to install, has excellent workflows, and solves all of the issues mentioned in the other comments.

Not the answer you're looking for? Browse other questions tagged teamwork code-reviews workflows dvcs or ask your own question.

25
How to review code that you do not understand?
7
Is Open Market Code Review a Good Idea?
1
Code Review process
71
Review before or after code commit, which is better?
15
Annotate source code with diagrams as comments
4
Sharing only part of code with git
0
Why is there only code review?
0
Recommendations to organize code changes in GIT