How should I compress a file with multiple bytes that are the same with Huffman coding?

On my great quest for compressing/decompressing files with a Java implementation of Huffman coding (http://en.wikipedia.org/wiki/Huffman_coding) for a school assignment, I am now at the point of building a list of prefix codes. Such codes are used when decompressing a file. Basically, the code is made of zeroes and ones, that are used to follow a path in a Huffman tree (left or right) for, ultimately, finding a byte.

In this Wikipedia image, to reach the character m the prefix code would be 0111 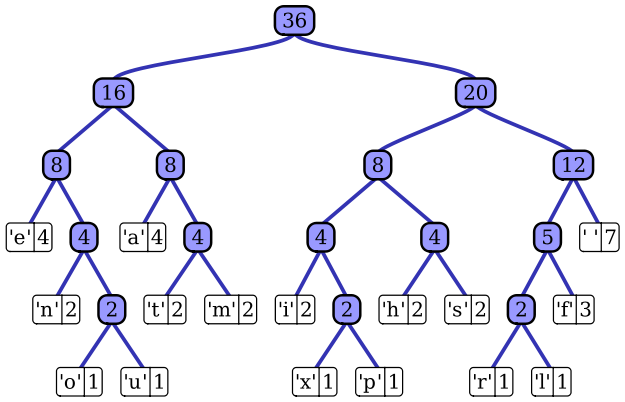 The idea is that when you compress the file, you will basically convert all the bytes of the file into prefix codes instead (they tend to be smaller than 8 bits, so there's some gain).

I'm okay with that. But what if the following happens:

Technically, the prefix code of such byte would be... none, because there is no path to follow, right? I mean, there is only one unique byte anyway, so the tree has just one node.

Which brings this problem: how would I compress/decompress such file if it is impossible to write a prefix code when compressing? (using Huffman coding, due to the school assignment's rules)

This tutorial seems to explain a bit better about prefix codes: http://www.cprogramming.com/tutorial/computersciencetheory/huffman.html but doesn't seem to address this issue either.

Actually you would use run-length encoding in such a situation. In essence you store the symbol and the number of repeats.

However, if you still insist on using Huffman coding, you could pick either one or zero to represent the symbol in the tree. This causes no problem really. Your tree simply states that symbol x is represented by bit m. Then you have n number of repeats of the encoded m as data. You could even then apply aforementioned RLE on the actual data (which is essentially a run of equal bits of length n) to compress further.

Not the answer you're looking for? Browse other questions tagged algorithms huffman-encoding or ask your own question.

1
How do I handle two algorithms that seem the same but different?
2
Does it matter the direction of a Huffman's tree child node?
6
How to discriminate from two nodes with identical frequencies in a Huffman's tree?
1
Reconstructing a huffman tree using minimal information in the header
2
Finding common prefixes for a set of strings
2
Pre-computation strategies when solving multiple linear equations with the same matrix?
14
Fast, lossless compression of a video stream
22
You are given a file which contains all possible numbers on a 32-bit architecture. 4 numbers are missing from that file. Find the 4 missing numbers
0
Find Randomized Sequence Seed To Compress files statistically