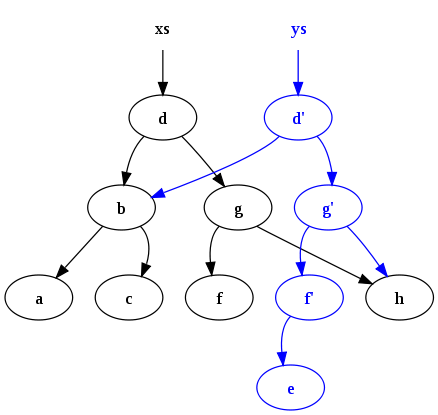 48
What is it about functional programming that makes it inherently adapted to parallel execution?
8
Functional Programming: efficiently handling whole world changes?
16
Uses of persistent data structures in non-functional languages