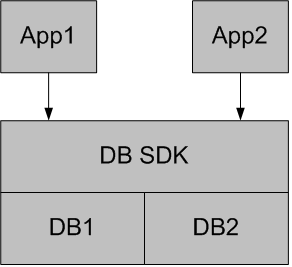 7
How to force “program to an interface” without using a java Interface in java 1.6
0
Async properties in interfaces to cater for the possibility of expensive first-time evaluation: Is this a good idea?
2
Unifying two implementation through an interface
0
When designing input interfaces for a library, when to use data class rather than data interface?
10
Using Interfaces for Loosely Coupled Code
0
Should I create a settings provider implementing an interface for each handler?
-1
Discover implementations of interface
0
How to properly apply open/closed principle on large code base for apparently unrelated features
31
Should microservices be independent?
0
Architecture Layers - Interface project at the top