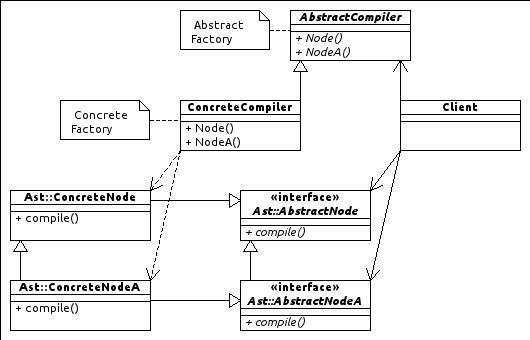 11
Designing a robust architecture for multiple export types?
3
Object creation based on type from parallel hierarchy without instanceof (Java)

12
Using visitor pattern with large object hierarchy
9
Why should one subclass instead of composite when using the Factory Method design pattern?
6
AST processing and usefulness of visitor pattern
6
Do I violate the Single Responsibility Principle with my multi-purpose AST Class?
13
Parallel hierarchies - partly same, partly different
1
Polymorphic constants in Java
2
Architecture of gui application
0
How to associate tree nodes with other objects before they have unique identifiers
1
What is the best object-oriented design approach for a tree with two node types?