We will be starting a new project this month. The project will be 1 year and production deployment will only occur towards the end of the project.

We will be doing iterative development (1 month per iteration), so this means we will drop features to Test environment at the end of each iteration for QA testing.

Our branching strategy is:

Is this a correct branching strategy? Is there anything else that we've missed to consider?

Your branching strategy looks really good to me. I have done the same strategy in the past and it works fine. Draw it up on a whiteboard and get all your devs to understand it so that people do the right work in the right branch. Teach and explain to everyone the switch command and get everyone to doublecheck the branch that they are working on. (Or alternatively just check out the entire repo... depending on your code size :) Remember... svn revert is your best friend!

Personally I prefer one person to be the "merge/branch" person (with a few backup people as reserves) to ensure that everything is kept under control and consistent. Let that person become your SVN guru and you'll be away.

A few other helpful hints:

Also tell people not to move folders around unless it's strictly necessary. This will make your merging much easier :) (Don't do what I did, launch upon a massive directory restructure halfway through a huge change to trunk which screwed up all of our merges... I was pretty popular after that).

Maybe take a look at this link for some inspiration: GitHub Flow This is the way github is using it's version system. Even though they use git instead of svn I would argue that the ideas behind their decisions will hold nevertheless.

The (imho) most important parts of this blog post regarding versioning:

This way you get stability. Let me explain why. You need some base to branch off. Now if this base is not the very best you could do and the ultimate instance of everything then it doesn't really make sense to do so. If you branch from trunk while others work on it you will see bugs they introduce that happen to not be found or fixed yet. So likely integration tests (and anything above) may fail on you even though you're not the cause, drastically increasing the amount of debugging and frustration.

Moreover you will have lots of work keeping your 3 branches (trunk, QA, production) in sync. This will likely lead to confusion. I can almost guarantee you to loosing track at some point in time if you do not enforce this with automation.

I would suggest going the way GitHub is going. You can then tag which version you send to QA to have a reference when communicating. Even better could be having QA tighter integrated in the feedback loop as stated above. I strongly suggest using a CI system like Jenkins if you haven't considered using it yet. That way you minimize the round trip time between check-in and feedback and you can enforce coding rules, run static analyzers for error checking and so on.

Disclaimer: The git flow happens to work only if you don't want to fix bugs without introducing new features. If you want to do this your approach might be better suited.

Your branching strategy strikes me as quite reasonable. We have pursued a similar strategy at my company and it has worked well with us.

One slight difference is that we do pre-release QA fixes on the trunk because it prevents us from having to merge back and we haven't really had a problem with developing new features while fixing defects. This does give QA a bit more of a moving target in terms of what they are testing, so how workable this is depends on how tightly integrated QA is with the dev team. It works well for us because we have a pretty integrated team and because we are on a fast iteration schedule. We do have a separate branch for each release so that we can patch the production environment while still building new features on the trunk, but that doesn't seem like it will be necessary for you until later when you start releasing beyond QA.

There are a couple of additional recommendations that I would make:

From what you state:
Your code resides in trunk
For each major feature / enhancement - you cut a branch off trunk - develop and then provide to QA to test
All major and important bugs get fixed in this 'QA branch'
Post QA you 'trunk' the code from this branch back to trunk

This sounds pretty ok strategy to me
we have been regularly branching , merging and trunking into SVN using eclipse svn plugin or tortoise
Looks good to me

It sounds fine, I'd worry that the QA branch is relatively short-lived, and I would do all fixes related to that release on that branch so they get merged to trunk on 1 go rather than fixing them on trunk as they are found.

If you fix the trivial bugs on the QA branch then the testers can see and mark them off quickly. I assume they get daily/weekly builds off the QA branch, so trivial bugs shouldn't be time consuming at all if done on QA. (I speak from experience where the tiniest of tiny bugs can have a knock-on effect that causes major grief elsewhere)

One potential improvement I could mention is to do feature development on a branch - ie move the work you usually do on trunk to a dedicated branch instead. Then trunk will only have merges committed to it, which can help in tracking changes that are complete.

You mention several things which are likely to increase awkwardness and reduce the chances of success for your project:

The project will be 1 year and production deployment will only occur towards the end of the project.

I really, really recommend that you deploy to a production-like environment as often as possible, ideally every day. Leaving so-called 'productionization' to the end of the project usually results in unforeseen problems. The anti-patterns here are 'late integration', and 'late production deployment'.

A month is a very long iteration heartbeat, and few developers will be able to remember clearly what they were working on at the start of the iteration. I'd recommend going for 2-week iterations, delivering in smaller batches. Anti-patterns: 'large batch sizes', 'long cycle time'.

Merging is pretty painful in Subversion, even if you use the merge-tracking features of v1.5 and later. I recommend you switch to Git - you'll never look back. Merging with Git is painless compared to with Svn. I used Subversion for many years, and was initially skeptical of Git, but I am now 'sold'. The only things I'd use Svn for over Git are for storing binary files (if really necessary!) and for things like RANCID which are in complete control of the repo. For source code control, Git beats Subversion every time.

I recently wrote about work I have done on releasing from trunk/mainline/master and avoiding feature branches, which might give you some further 'food for thought': Leaving the Platform – Branching and Releasing for Independent Subsystems

Also, read some posts on Martin Fowler's site, such as ContinuousIntegration, FeatureBranch, and BranchByAbstraction.

Finally, buy a copy of Continuous Delivery by Jez Humble and David Farley and work through the recommendations - it's a hugely valuable book, and every developer should own a copy. I have found it useful to print out the Contents pages and put them on the wall to track progress :) Even if you don't intend to delivery continuously, so many of the practices in this book are really healthy and vital for successful software delivery today. 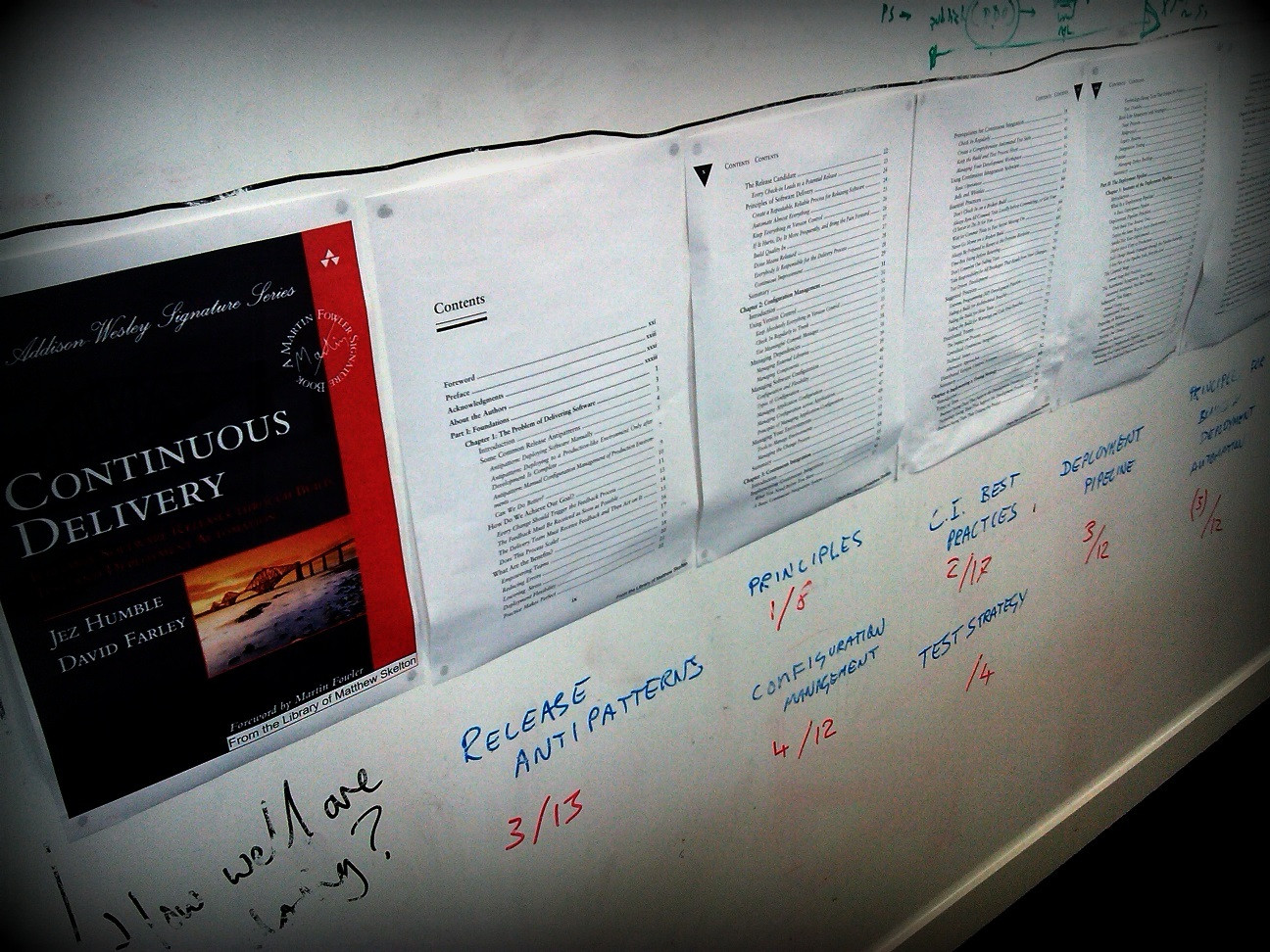 Not the answer you're looking for? Browse other questions tagged version-control branching or ask your own question.