An extensible logging architecture for Android?

The end goal is to have a variety of data sets that can all be graphically plotted against eachother.

All data should correspond to a date, so that when plotted against each other, they show the correct relationship through time.

The key feature though, is to be able to add a new parameter to log at any time which will then be logged simultaneously and will then be able to be plotted against other data sets (from the time the later began onwards).

As a sub point, it also needs to be able to deal with sparse information which is sometimes available and sometimes not.

An example of the data can be seen below. C is sparse data and D is a data field added half way down the table. 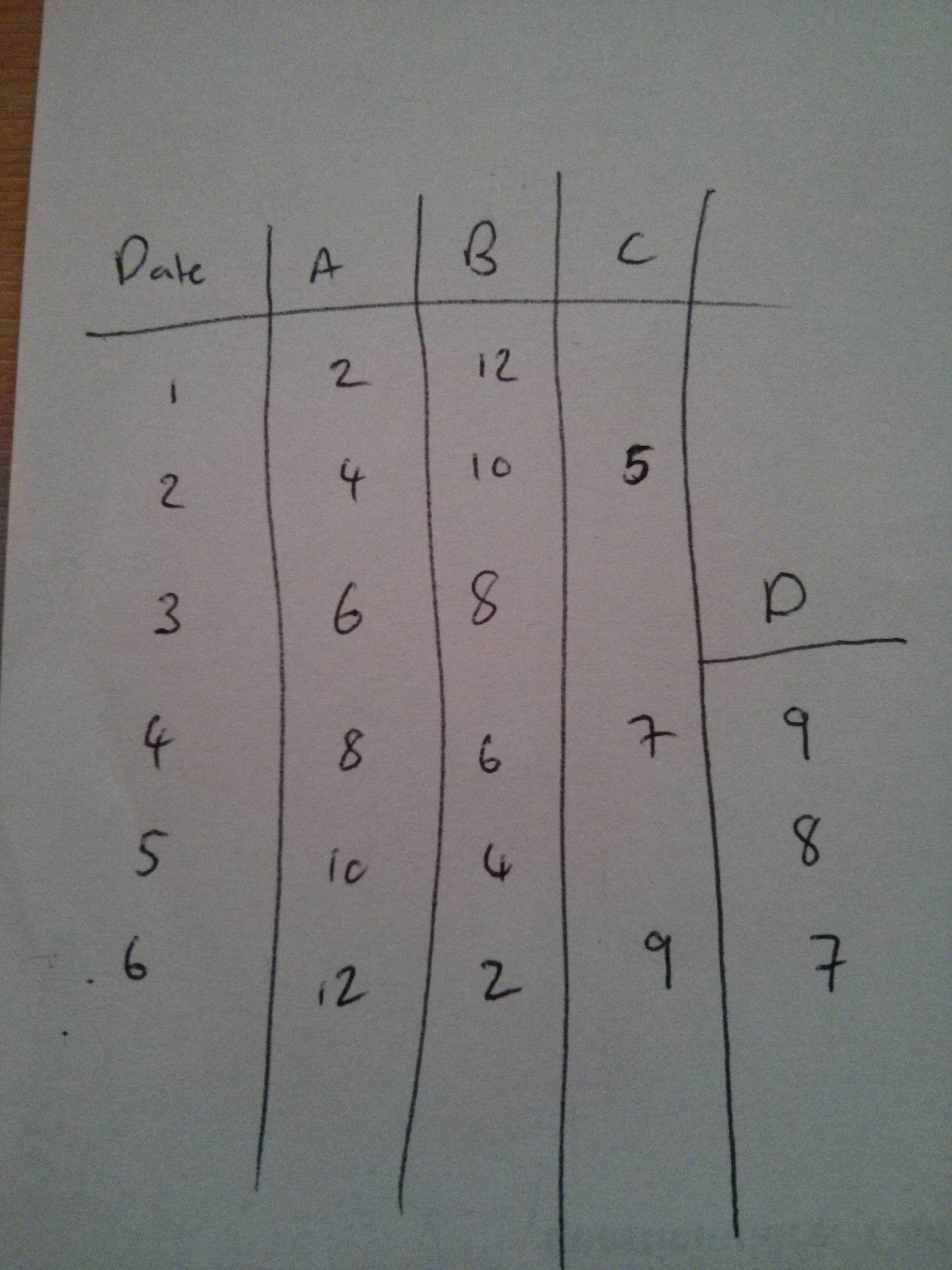 I have considered SQLite but the thought of all the column changes due to columns added by myself and users didn't appeal.

Currently, I am thinking of creating an object which keeps track of time and contains a data field list of different data lists such as A, B, C and D as in the image. The thinking being that to add a new data field, I could just add a new parameter (e.g D) list to the data field list which already contains A, B, C.

Then I could just serialize this into JSON to keep it persistent and when I want to graph anything with sparse data, I could interpolate it.

That's how I would approach this.

Two tables in the database.

Now when D needs to be added, you don't add a datacolumn anywhere - just another row to table datasets.

I don't know the details (such as the expected size of your data), but I don't like the thought of using JSON. It doesn't feel like the right tool for the job.

Not the answer you're looking for? Browse other questions tagged algorithms database android json logging or ask your own question.

4
Algorithm that generates a group of men and women who are each interested in everyone from the other gender
6
How Should I Design JSON Serializable Data Classes To Respect Future @NonNull Fields
160
Benefits of Structured Logging vs basic logging
4
Logging paradigms, DI/IoC, object hierarchies
6
What kind of algorithm/data layout should I use for fast two-dimensional search?
2
Architecture for a scoring and commentary apps
1
Reverse engineering a checksum or CRC
2
Keeping a JSON copy of a database
2
backwards compatibility of REST API for update/patch when adding new fields
1
How should verification of items in a database be recorded?