Questions about UML in relation to the command pattern

http://www.oodesign.com/command-pattern.html In reading through a tutorial about the command pattern, I came across a UML diagram that seems to omit some relationships. For the following diagram, the client instantiates a stock trade, an agent, and buy and sell stock orders. Why is it that the author omits the relationship arrow to the agent class? Why is the dashed line for <> used in place of a solid arrow like the one from Client to StockTrade?

I also compared the above diagram with the one below, which leaves out the Invoker/Agent class entirely and also uses the class CallbackTwo to aggregate Receivers. The C# implementation has an invoker class, although the implementations in other languages don't. Does this mean the invoker relationship is implicit? 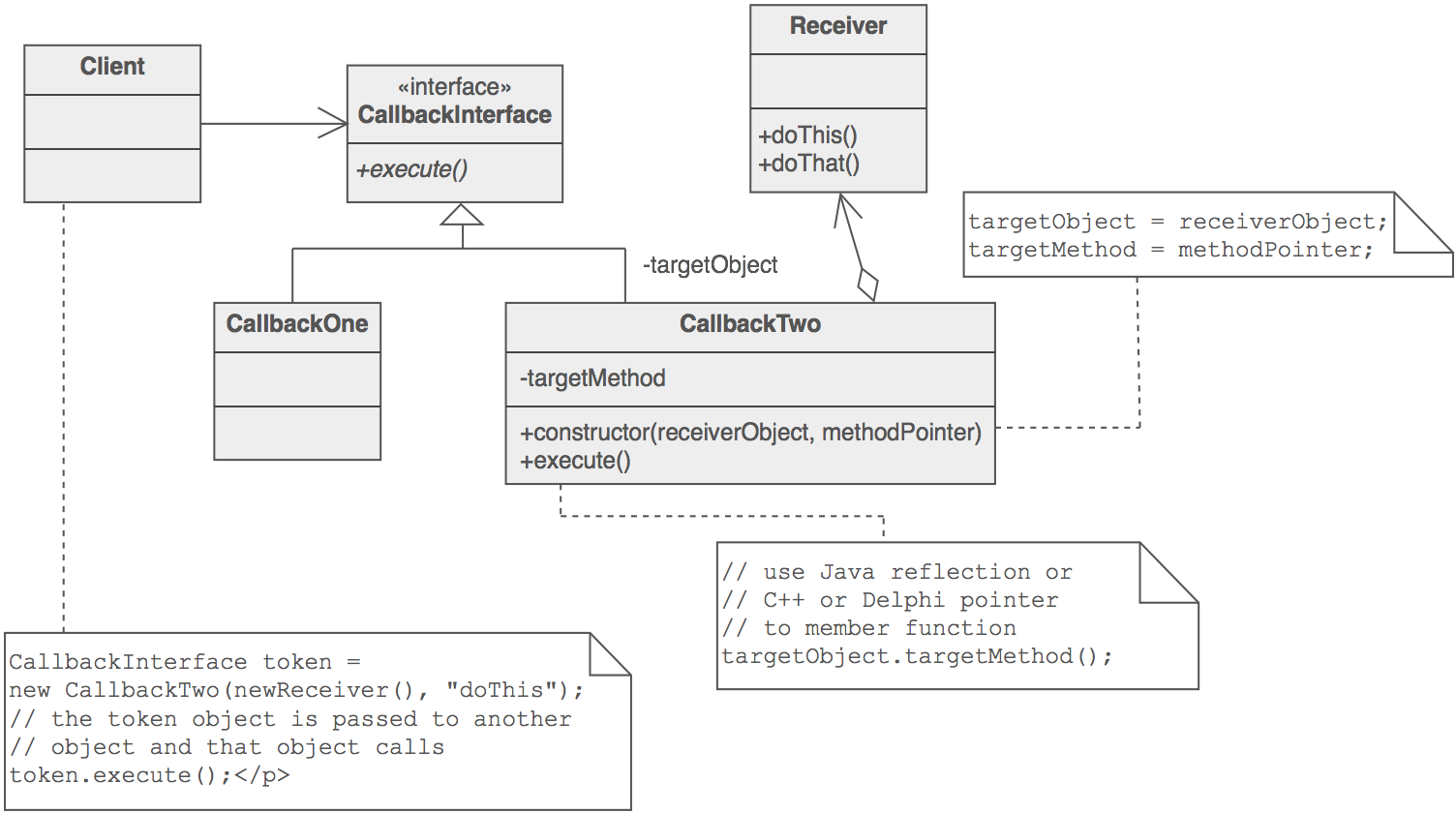 I recommend you don't take depicted diagrams too close. Depicted ones in GoF book should be referencing examples. Also, there are variations of patterns caused by environment where it is used.

The only thing we can do is formally validate it for UML and logic compliance.

At first diagram I see that designer wanted to show orders accumulation in agent instance, thus it uses "<>", but:

At second diagram there are no invokers, thus it is assumed to be implicit :). The only thing I want to add that "also uses the class CallbackTwo to aggregate Receivers" is wrong. Word "also" is wrong.

Not the answer you're looking for? Browse other questions tagged design-patterns uml or ask your own question.

2
Is there any logical relation between different types of UML diagrams?
2
UML representation of specific factory pattern
1
Interface questions for using Command Pattern and Dependency Injection together
0
Beginner Decorator Pattern Question
2
Command Pattern - Correct usage?
1
UML: do I use aggregation or composition in this case?
0
Modifying the Command Pattern
1
Role design pattern in uml
3
Decoupling and Command Pattern