I need help with the workflow that is best suitable for our needs. We are a 3-4 person team and are working on 4 different projects.

We have three main branches:

Then for each feature, we create a feature branch

Now to the workflow:

Here's a picture explaining what I have in mind: 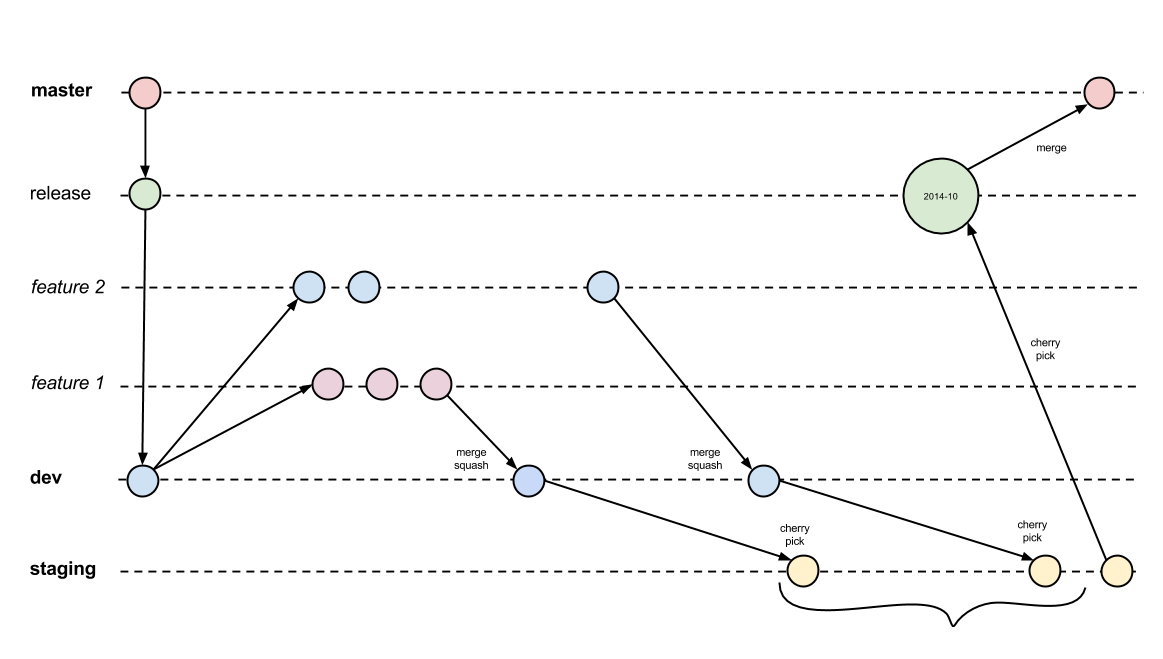 Does this all make sense? Is there a better way to achieve this goal? Thanks for your time.

Seems very reasonable. We are using something very similar. My advise is just to keep the feature branches small. Maybe one days work. Longer brances means lower productivity due to a large number of merge conflicts. Mostly one feature branch equals one post it note on our scrum board.

One note is you write "I start working on some feature. I create a feature branch off from dev." This is a good approach 80% of the times. Remember you have the option to branch of a pending pull request. We have a rule on the team that we should get someone else from the team to review and merge pull requests. Sometimes PRs stay in the queue for a few hours. Since we are using quite small pull requests. Sometimes feature B depends on feature A, but feature A is not going to be merged for a few hours and thus not in dev. When you want to start working on feature B just merge off of A instead of dev. It is better to merge off dev if possible, but it is a good tool in your belt. You should in that case probably wait to create the PR for feature B before feature A is merged to dev because diffs will look like both A+B which is misleading.

Because we have to deploy specific features on testing and staging environments, I was thinking about something like:

How does this sound?