What is the actual reason that locks (sentinels) in OO are hard to reason about? [closed]

In this talk, Rich Hickey introduces Clojure. He gives an Ants demo and talks about his motivations for implementing a Software Transactional Memory (STM) system. 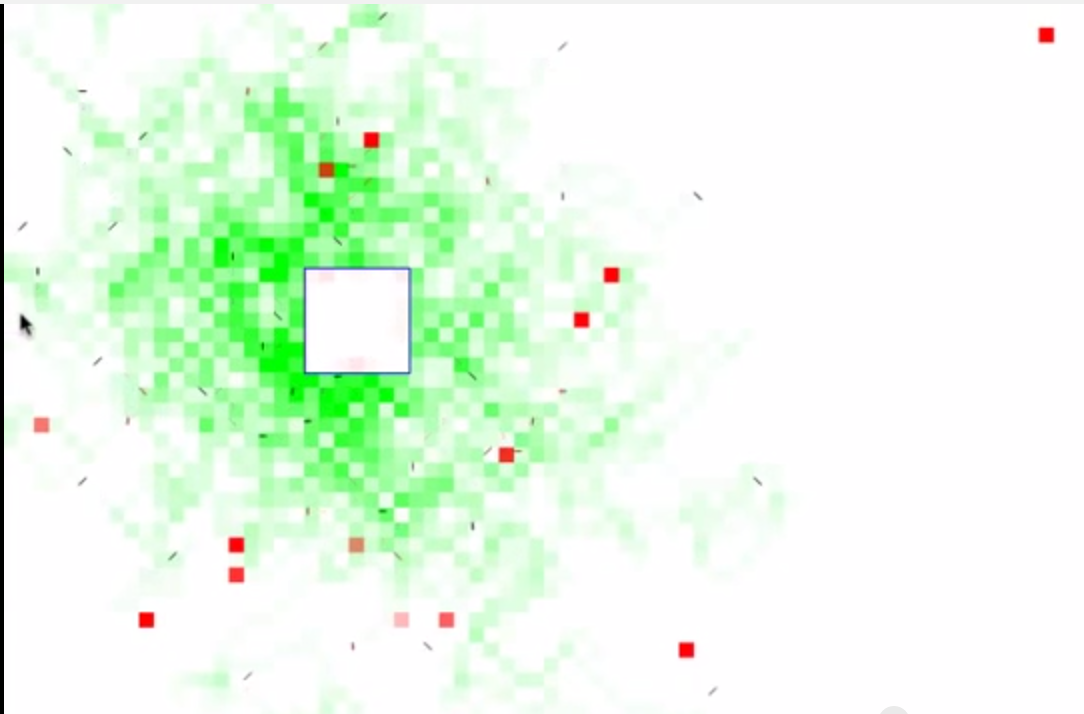 His reasoning for STM is that "locks are hard to reason about".

I took that to mean that the deadlock situation, where two threads are trying to update the same item and they hold resources that the other thread needs.
So to be atomic one thread has to roll back and retry and the other has to roll forward.

To make this work in an Object Oriented Language, you have to either use an STM framework or roll it yourself by hand.

That's my understanding, but I suspect I've only covered one problem case and I would imagine there is a more general principle that I'm missing. Perhaps the issue is that locks don't compose or something.

My question is: What is the actual reason that locks (sentinels) in OO are hard to reason about?

It has nothing to do with OO in particular. The problems are problems with the "explicit locking" paradigm as an approach to concurrency, regardless of other paradigms used in other parts of the problem.

I haven't watched that two hour talk, so I won't comment on Hickey's reasoning. Here are the criticisms of locks I hear most commonly, summarized:

Functional programming advocates like to argue that OOP also needs far more synchronization because it uses far more shared mutable state, but this is beside the point here. How much synchronization is needed is orthogonal to how you choose to synchronize.

The only reason locking makes people's head spin is that we only ever use it in concurrent systems. But imagine for a moment that we had a highly concurrent system with no synchronization whatsoever; the system's state would over time change to hilariously invalid configurations. Many of those configurations are just as hard to understand; they make people go "Huh? How on Earth could this ever happen?" The reason is that we are not built to understand the weird mix of simultaneous and and alternating changes that modern time-slicing systems yield. Little else in real life works that way, so our brains have a really hard time with it.

I don't have any experience with STM but I'll address the locking part.

Getting single threaded code right is hard. It's pretty telling that the prevalent methodology is to create a large battery of unit tests and hope that if they all pass, nothing is wrong. For code that won't result in loss of life or billions of dollars, that's a reasonable approximation, but the point I'm trying to make is that proving code correct is hard. Harder than most people are willing to put effort into.

Now consider concurrent code using locks. To prove it works, you have to prove that you've manually synchronized the threads properly for every possible interleaving/scheduling. That's a monumental task. And if you screw up, because the code is non-deterministic, the buggy behavior is non-deterministic too! It's not unlike manual memory management, except that tracking resources in single-threaded code is easier (yet still too hard to get right).

Even worse code that uses locks isn't composable. Suppose you have two collections, and you make every operation on them thread-safe. Now suppose you want to remove an item from one collection and add it to the other. Just because removing the element is thread-safe and adding the element is thread-safe it doesn't mean the entire operation is thread-safe. If you wrote the code for the thread-safe collections and your coworker is the one that has to write the program, it's on them to make sure whatever combination of actions they do is safe. Contrast that with the single-threaded scenario, where proving that the insertion and deletion code is correct also proves that moving an element between collections is correct. Also compare to manual memory management, where freeing allocated memory is the function caller's job.

I'm not really sure how OO fits into this. Lock-based concurrency is hard no matter what paradigm you choose.

The particular issue with OOP and concurrency is that often programmers are tempted to try to hide thread safety implementation away using encapsulation.

When this is done by baking locks right into objects, then it is almost always a leaky abstraction, because of the side effects that locks cause.

Now, you can save on this a bit. If you manage to prove to yourself that everything accessed in that bit of lock-based concurrency code is only accessed within a particular lock, you now only have to understand every bit of code in the program that also accesses that lock, its state when it starts the lock access, and everything it does while holding it.

This is because lock-based concurrency only maintains "thread safety" by locking access to data to limited numbers of threads at once (sometimes 1, sometimes only readers, etc). So you have to understand all of the locking behavior, and behavior while locking, in order to know if you lock system is actually doing what you want it to.

Next, because locks are subject to deadlocks, in order to understand multiple locks you have to understand not only the code in a lock, but every possible sequence you can acquire locks in.

And our languages and type systems do not help all that much with these tasks.

It gets worse. Like the other hard to track down and common errors, the deadlock and race condition problems usually do not happen reliably. You can write the code, do some simple tests, even run it in production, and have it work almost always. Except sometimes it fails spectacularly.

And it gets worse. When learning how to program, people typically run into a number of hurdles. Understanding state/assignment/data flow is a hurdle some don't get over. Understanding conditionals and function calling is another. Recursion and iteration throws some people for a loop. Indirection and pointers cut off an entire set of would-be programmers from becoming useful. Resource management. And concurrency and synchronization is another such hurdle.

We can generate more useful programmers by removing some of these hurdles "in the way" of being productive. There are languages that hide indirection and pointers from the programmer, and handle the big resource management task for you (memory), and you can learn to become a productive programmer in those languages without getting over that hurdle.

In almost every language you can become a "productive programmer" without getting over the concurrency hurdle. You can produce useful code, be a professional developer, graduate from university -- all of them without ever getting concurrency.

The ones that didn't get flow control, data flow and iteration never became professional programmers. The ones who don't get concurrency are productive senior developers at many a company.

Locks aren't hard to understand, and concurrency isn't particularly difficult to understand, either (almost everything going on around us in life is concurrent). It is scheduling of the locks that is hard to understand. Almost nothing in real life blocks, but in sequential computing with a single thread everything does, and all we do by splitting threads or processes is to pretend there are several when in fact we are really blocking each other constantly. Scheduling that block is really hard to get right. Its hard to schedule the CPU time for one, and hard to schedule shared, stateful resources as well, but doing both can be a real beast.

Enter things like the Erlang runtime. There concurrency is easy and works the way you expect. This is because the runtime handles the scheduling for you, freeing you up to think about the problem you're actually trying to solve. Scheduling is the big win, not the other stuff that gets hyped all the time. The cost for all that easy concurrency is that no state can be shared. It appears this is not something that most programmers feel comfortable with; there are extremely high incidences of folks doing the "read half a book on Erlang and gave up" dance and winding up right back where they started.

Whatever language or environment you choose to solve problems in it is important to recognize that the nature of the problem is not the locks, the state or the language, it is the scheduling of locks whenever state is shared.

Not the answer you're looking for? Browse other questions tagged debugging concurrency composition locks or ask your own question.

2
Descriptive Locking and Concurrency
3
Does Clojure borrow concurrency ideas from Haskell?
12
What intermediate representations can be used to reason about concurrency?
1
Except for the fact that writing a userspace scheduler is hard, what are the disadvantages of M:N threading / green threads?
1
Why is it that "the process that locks the mutex must be the one to unlock it "?
1
Does a transaction have the effect of a critical section?