Why is the hashCode method usage of HashSet not specified in the API?

I was trying to debug my code which uses a HashSet and searching through the SO, I found out that I needed to override the hashCode method as well. The strange part is, checking the related API, I did not see any part in it mentioning about the hashCode method. Quoting the definition of the add method of HashSet as seen in the API:

Now in the quotation above, I don't see anywhere that mentions about the hashCode method. Shouldn't the correct statement have been like:

Now if you say that: "If o1.equals(o2) returns true, o1.hashCode() == o2.hashCode() MUST evaluate to true as well.", then I would ask three questions:

Returns a hash code value for the object. This method is supported for the benefit of hash tables such as those provided by HashMap.

The general contract of hashCode is:

The specifics of the hashCode in the API is a few steps deep from HashSet:

Returns a hash code value for the object. This method is supported for the benefit of hash tables such as those provided by HashMap.

The compiler doesn't know or care about the relationships between objects or methods. On the other hand, there are several static analysis tools that do care:

This class overrides equals(Object), but does not override hashCode(). Therefore, the class may violate the invariant that equal objects must have equal hashcodes.

This class overrides equals(Object), but does not override hashCode(), and inherits the implementation of hashCode() from java.lang.Object (which returns the identity hash code, an arbitrary value assigned to the object by the VM). Therefore, the class is very likely to violate the invariant that equal objects must have equal hashcodes.

If you don't think instances of this class will ever be inserted into a HashMap/HashTable, the recommended hashCode implementation to use is:

Override both public boolean Object.equals(Object other), and public int Object.hashCode(), or override neither. Even if you are inheriting a hashCode() from a parent class, consider implementing hashCode and explicitly delegating to your superclass.

Rationale: The contract of equals() and hashCode() requires that equal objects have the same hashCode. Therefore, whenever you override equals() you must override hashCode() to ensure that your class can be used in hash-based collections.

Some IDEs may also have built in static analysis tools or generators to create equals and hashcode - sometimes as part of the same step (these are the fields of interest - poof there's the code). 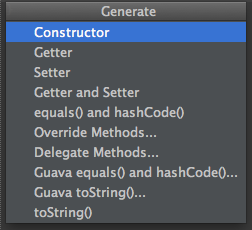 The above statement is not correct. It is and should be possible to add an object e1 to a HashSet or a Set in general, where the set contains an element e2, which fulfills e1.hashCode() == e2.hashCode() && e1.equals(e2) == false.

You can easily create examples for this: Imagine a class Person with the attributes name, surname and resident city. The equals method compares all attributes and the hashCode method uses the hash code of the resident city. The contract of equals and hashCode is fulfilled, but with the above contract of add, it would not be possible to add to persons to a set, that live in the same city.

The documentation of HashSet does not explicitly state the use of the method hashCode (I would consider that a implementation detail. The important thing you need to know is, that HashSet fulfills the contract of Set). However there is a hint in the documentation:

This class offers constant time performance for the basic operations (add, remove, contains and size), assuming the hash function disperses the elements properly among the buckets.

It is specified clearly in the documentation of the .equals() method.

You overrode the .equals() method without looking at the documentation of the method you were overriding, and you broke its requirements.

It doesn't need to be specified anywhere. .hashCode() is a method on Object and thus all objects have it. Any class is allowed to make use of it.

That HashSet uses .hashCode() is an implementation detail, not part of its API. The API of HashSet is basically the same as the API of the Set interface which it implements. HashSet does not add any additional requirements on the type, any more than Set does. The Set contract make sure that there are no two .equals() elements in the set, and the lookup methods lookup using .equals(). HashSet does the same. HashSet uses .hashCode() as part of doing those operations, but it should be able to safely do so because .hashCode() is supposed to be consistent with .equals() as part of the contract of .equals().

There is no mechanism in the language to enforce this.

Absent an explicit promise not to do so, any equality-based collection is allowed to use hashCode if so inclined to quickly decide that things don't match (note that sorted collections which regard items of equal rank as matching would not be allowed to do so, since items may have equal rank and yet be unequal). Further, there is no guarantee that hash-set implementations will always call hashCode. It would be legitimate to have a hashSet implementation which didn't bother calling hashCode on anything until they contained some number of items. This could be useful in some nested-collection contexts which produce many collection instances that never get very many items added. Thus, the name hashSet basically says performance will be tied to the quality of the hash function, but that doesn't mean its' the only thing that can or will use it.

Not the answer you're looking for? Browse other questions tagged java api-design or ask your own question.

3
Question about a simple design problem
0
Overriding - Access to Members with Reference Reassignment
8
Why do arrays in Java not override equals()?
6
Java: how can I make the return type, of an inherited method in a subclass, the same as the subclass?
7
In Java, why does (unsorted) Set implement Iterable, but SortedMap does not?
4
Is it better not to .close() inside API method body when passed a Reader or InputStream?
1
Developing an API to delegate/decouple long Validation Chains
3
Return value of collection.add() vs Map.put()
0
API design - return which operations the user can perform
37
Is it a good idea to have logic in the equals method that doesn't do exact matching?