What is the minimum cost graph inside a strongly connected component, which connects every vertex?

The second definition requires the directed graph to be one big strongly connected component. Hence it is now possible to go from any vertex u to any other vertex v, there is only 1 MST in a directed graph. However now we are not talking about trees anymore, hence the MST must include cycles. In the links section i included a graph as example for the second definition. In this image there are more then 1 possible minimum graphs, one for either of the red edges removed for example.

My question is, what is second definition called in a directed graph? (Does it have a special name like arborescence) and if so, isn't that the directed variant of MST? Is there an algorithm to compute the minimum graph inside a strongly connected component?

Definition of arborescence on Wikipedia

Quick video explaining what an arborescence is

I created a graph example of what i mean with the second definition: 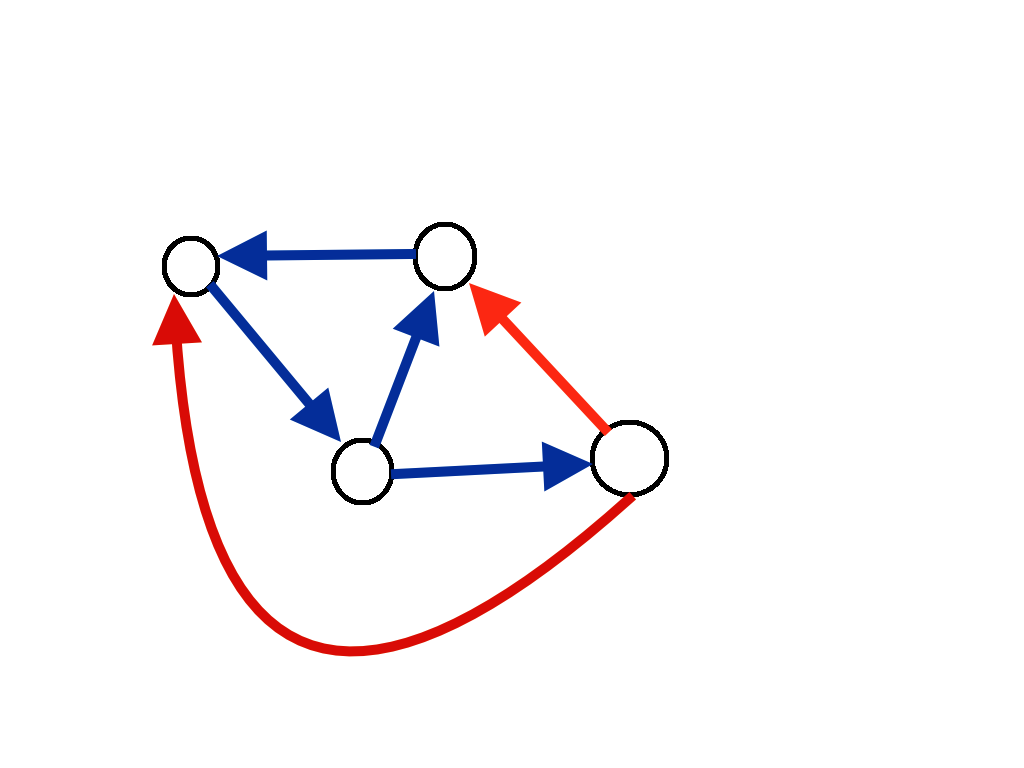 Alright so the problem is called MSSS and is NP-Complete, i got pointed to the following stackoverflow discussion, which talks about this problem: https://stackoverflow.com/questions/1536067/minimum-cost-strongly-connected-digraph

However i still like the discussion about which of these problems: MSSS vs Arborescence can be considered the inverse of MST.

So to answer my own question i have listed a few points for each of them (please comment if otherwise).

Conclusion: Neither of these, MSSS or Arborescence can be called the directed version of MST, without talking about the other problem.

Not the answer you're looking for? Browse other questions tagged algorithms graph definition or ask your own question.

4
When can I be sure a directed graph is acyclic?
2
Generic Adjacency List Graph implementation
5
In a mutual credit network, how would you program an automatic jubilee?
7
Algorithm or domain for finding cheapest subgraphs that connect vertex pairs
2
Finding the shortest path in a fully-connected undirected graph
4
Find the min/max length of directed graph
0
How to apply Graphs/Trees/BFS/DFS concepts to Lists
2
Collaborative graph exploration algorithm