In what case would indexedDB be useful [duplicate]

I have been over-viewing indexedDB recently, and I cannot seem to find a suitable use case that would not be better done using a server side database. Since the little hackathon competition I'm doing with my friends is creating an agenda web-app, I'll put my examples in that contest.

Just to make sure, I read that indexedDB is stored per site per browser. If this is so, the following ideas make no sense:

I could go on with ideas that would fit better with a server side DB, localStorage or sessionStorage, so to cut to the chase, what are some example use cases that would fix indexedDB well?

Server side relational databases are great for being a normalised primary data store. However, in many cases:

In these cases indexedDB can be suitable, which is most often in the context of a sophisticated web application. 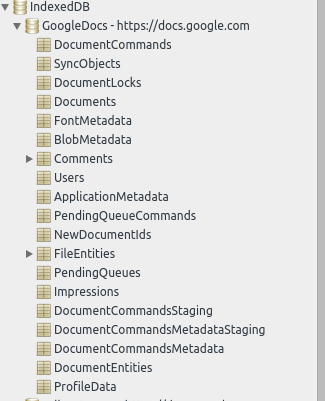 I assume in that scenario indexedDB might be used in several cases such as:

indexedDB is particularly useful if you want a client which can be used without an internet connection, which is becoming increasingly important as browser based applications replace more and more desktop applications.

Not the answer you're looking for? Browse other questions tagged javascript database indexeddb or ask your own question.

151
How is localStorage different from indexedDB?

17
Data architecture for event log metrics?
6
Performing client-side OAuth authorized Twitter API calls versus server side, how much of a difference is there in terms of performance?
2
How to verify data from localStorage on a server
0
How to manage potentially outdated data from WikiMedia API
4
Reasoning behind indexedDB versioning
47
Strategy for generating unique and secure identifiers for use in a “sometimes offline” web app
2
Which IndexedDB data structure for Chrome app?
1
How should a matchmaking app store matches for each user?