How to write tests that make sense for visualization software?

I have a fairly large piece of software which takes certain file types and visualizes them / creates a host of buttons for manipulation of the image plotted. I feel like I'm finding bugs / pieces of code that don't actually work once a week, but I'm struggling with understanding how can I write tests for this software?

I understand how tests are important for projects like libraries and API's, you simply write tests that use these functions.

But what about visualization software? It seems to require a different approach due to the visual element(s) involved.

Do I need to write a test program or test harness which runs and manually calls every operation provided that I can use on the data?

What approach should I use in order to start writing tests in order to validate that I fixed the bugs and to alert me if the code breaks again?

There is a related but not duplicate question regarding when you should unit test. Since I'm discovering bugs, I want to write tests in order to help prevent the software from regressing again.

There are a couple of things you can do to make testing software like that easier. First, try to abstract as much as you can into layers that aren't visual. That will let you just write standard unit tests on those lower layers. For example, if you have a button that performs a certain calculation, make sure you have a way to perform that calculation in a unit test with a regular function call.

The other suggestion for testing graphics-heavy programs is to create some output that a tester can easily manually verify. A minecraft example is: 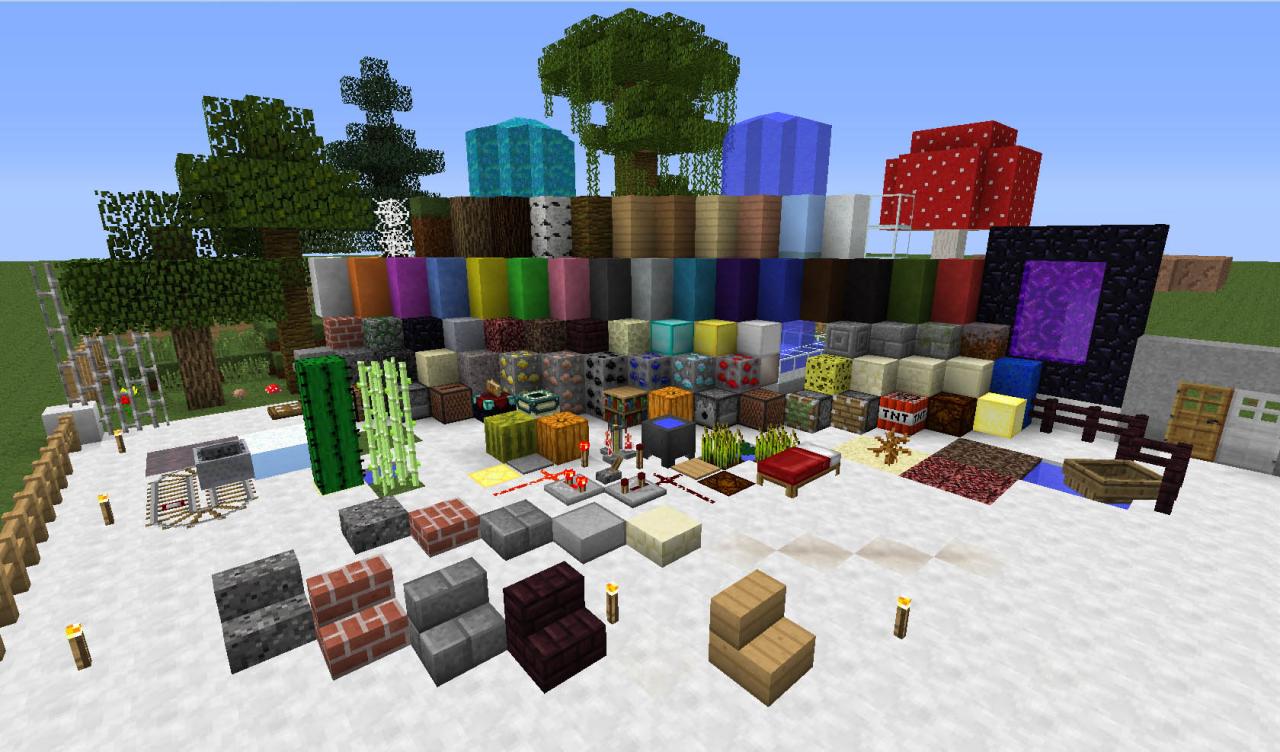 I've also worked on projects that had a bunch of tests that rendered something on the screen, then prompted the tester to manually verify it matched the description. This makes sure you don't forget test cases later.

Testing is often extremely difficult if you didn't originally design with testing in mind. Just work on putting your most fragile code under test first. When you find a bug, make a test that will catch that bug if it happens again. That often prompts writing related tests while you're at it.

Everything has an interface. When I put my testing hat on, I use a specific world-view to write a test:

In your case, your system has three main parts:

Incidentally, that sounds very much like the original Model-View-Controller architecture to me. Ideally, these three elements exhibit loose coupling – that is, you define clear boundaries between them with well-defined (and thus well-testable) interfaces.

A complex interaction with the software can be translated into small steps that can be phrased in terms of the elements of the system we are testing. For example:

I load a file with some data. It displays a graph. When I drag a slider in the UI, the graph becomes all wobbly.

This seems to be easy to test manually and difficult to test automated. But let's translate that story into our system:

Grouped by component, we end up with the following properties to test:

If we do not decompose the problem of testing into smaller subtests, testing becomes really difficult, and really fragile. The above story could also be implemented as “when I load a specific file and set the slider to a specific value, a specific image is rendered”. This is fragile since it breaks when any element in the system changes.

Granular tests also have the really big advantage that they allow me to evolve the system without fear of breaking any feature. Since all required behaviour is measured by a complete test suite, the tests will notify me should anything break. Since they are granular, they will point me to the problem area. E.g. if I accidentally change the interface of any component, only the tests of that interface will fail and not any other test that happens to indirectly use that interface.

If testing is supposed to be easy, this requires a suitable design. For example, it is problematic when I hard-wire components in a system: if I want to test the interaction of a component with other components in a system, I need to replace those other components with test stubs that let me log, verify, and choreograph that interaction. In other words, I need some dependency injection mechanism, and static dependencies should be avoided. When testing an UI, it's a great help when this UI is scriptable.

Of course, most of that is just a fantasy of an ideal world where everything is decoupled and easily testable and flying unicorns spread love and peace ;-) While anything is fundamentally testable, it is often prohibitively difficult to do so, and you have better uses of your time. However, systems can be engineered for testability, and typically even testing-agnostic systems feature internal APIs or contracts that can be tested (if not, I bet your architecture is crap and you have written a big ball of mud). In my experience, even small amounts of (automated) testing effect a noticeable increase of quality.

Expand your test-file so the output image changes and hits every feature of your software.

Scripting would be handy for that sort of black-box testing. A simple script that executes the latest build of your software for the known input and expected output.

Unit Testing on the other hand, should be white-box testing where you take the smallest possible chunk of software, typically a function or whatever, and see if it behaves like you expect. You could see what pixel color it returns, or whatever. In this case your code behaves just like a library, with APIs to all the other sections of your code.

If it's all tucked into one .c file with all the functionality shoved into main(), then you've got bigger issues then how to test.

Not the answer you're looking for? Browse other questions tagged unit-testing testing software or ask your own question.

120
When is unit testing inappropriate or unnecessary?

25
How should I test my TEST code?
6
How well am I writing my tests?
3
How to test a web app (inc write paths) for acceptance or integration tests, without db access?
2
Using methods that are not under test within a unit test for a different method?
0
How to unit test high-level abstractions that transform complex Data
2
Is there any diagram for unit-tests?
8
How do I write unit tests for legacy code (that I don't understand)?