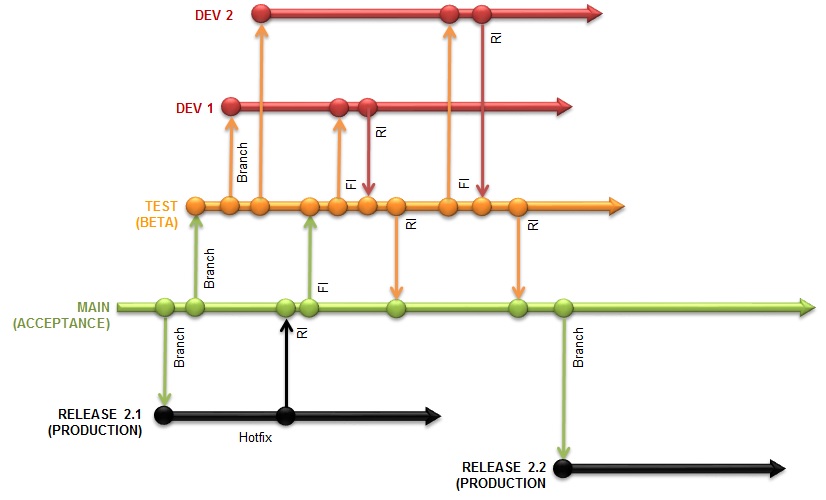 4
How to manage releases with multiple features at different states?
7
Feature branches, beta branches, and scrapped features
9
Branching Strategy for Test Environment
1
QA and Feature Branches in Web Development
9
Source control branch design for deployed environments
7
gitflow model with UAT releases is too chaotic, how to simplify?
8
Release strategy for multiple Git feature branches being tested simultaneously
1
What are the risks of having a release branch?
0
Branching strategy with GitHub releases
2
How to review and merge a big feature