Why take a String input instead of int input for a number?

I'm a beginner in Java and I have a question from the "Head First Java" book. In the book, the author creates a method that takes the number as String and then convert it into int. Why do I need to take the input as a string and convert it rather than directly take it as an int. Below is he screenshot that I'm talking about. 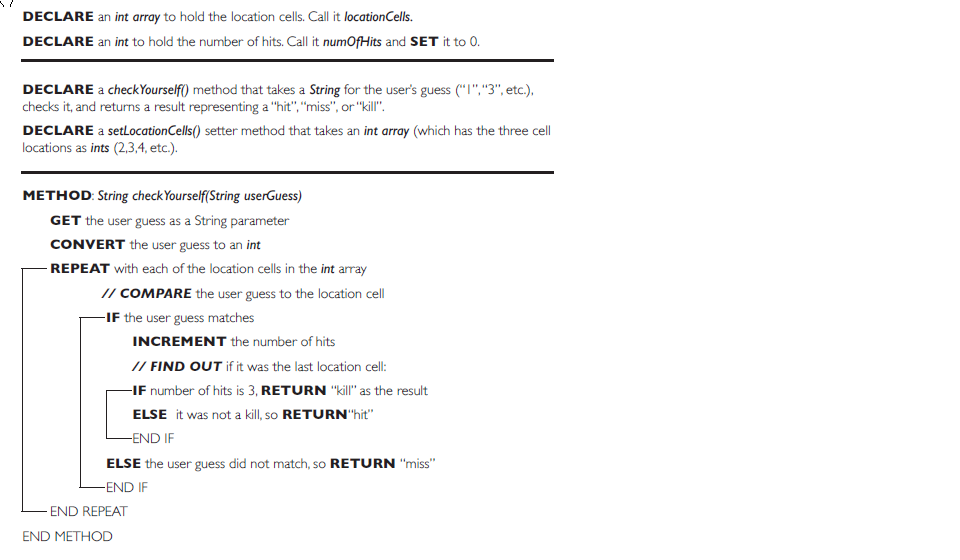 Simply because the user's guess is most probably entered through a mechanism which only supports entering chars, or strings, but no other types. For example, System.in.read() most GUIs have a text-input control, but not a numeric input control. So, the user enters text in the control, and then the program must convert the text to a number.

To me, this example is highlighting a very important point:

... except good, old-fashioned Strings that just happen to look like values in other Data Types.

Once you accept that the user can only work in Strings and that your application works in proper Data Types, your mind will be in a very Good Place to overcome a huge number of potential run-time bugs when working with User input.

Always "format" values as you put them in front of the user and "un-format" values as you read them back. Assume that everything supplied by the User is inherently tainted and needs to be validated and verified. (e.g. is "q" numeric? How about "e"? Different languages; different tolerances).

It depens on the actuall method you're using. If your using System.in.read() you need to convert to int, because read() reads bytes. But if you use a Scanner you can directly read as an int like int i = new Scanner(System.in).nextInt()

And there has been a study about severe problems with the data produced by some biologists where entering strings like 1234567e1 were interpreted as numbers instead of strings. Or someone had things called 3JAL1985, 3JAM1985 and 3JAN1985 and the first two were taken as strings and the last one as a date. So it is very important that you know how to treat any input correctly. Beyond just trying to read a number.

That is the best practice, because when you read the users input as string, you can use a try...catch block to detect whether the users input qualifies to be an integer. This is done by using Integer.parseInt() method to convert the string to an integer. But when you receive the input directly as int, and in case the user enters a string of characters, your program will crash. Hope you get what I'm saying.

Not the answer you're looking for? Browse other questions tagged java or ask your own question.

24
Should a string constant be defined if it's only going to be used once?
50
Why didn't == operator string value comparison make it to Java?
2
Is this high coupling?
17
Why doesn't Java String have static string manipulation methods?
2
Why do expressions print variable value using System.out.print?
0
Why does this method return 2 values if I only ask for one and there is no sort of conditional statement anywhere?
1
Passing and returning domain object in create method
0
why can't class directly take arguments instead of using a constructor?
3
Are recursions intrinsically less safe than iterations?