How can I better document these data relationships/transformations?

I'm working on a project that uses RxJS to perform data transformations on varying sources of data, and I'm in the process of writing some documentation for it.

I want to find an effective way to document the following:

I can see that the Github Markdown format is very limited for this purpose, which is why I'm asking for help on this.

I also have a few ERD diagrams that looks like this: 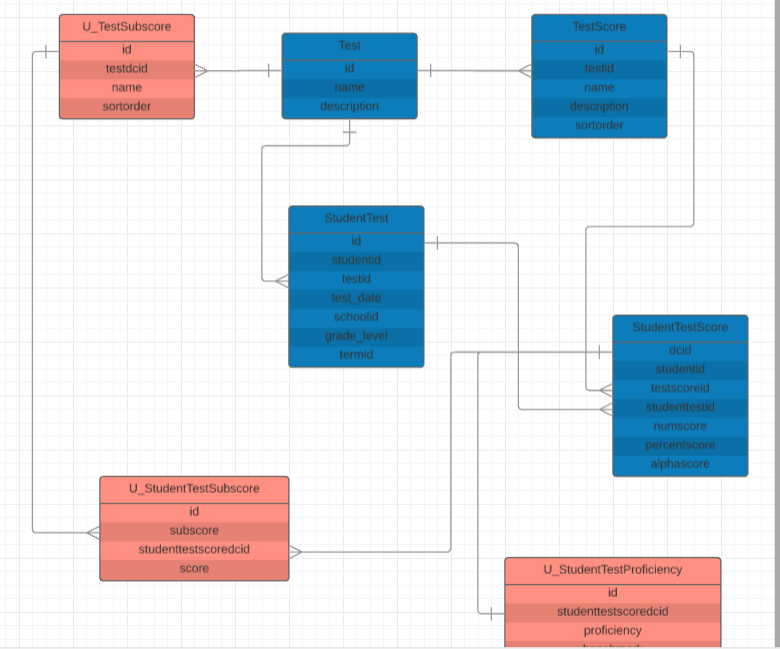 I'm not sure of a clean way to document how the transformations relate to the schema, and what assumptions about cardinality are made within those transformations (getStudentTestScoreDcid in particular)

A data flow diagram (DFD) is a graphical representation of the "flow" of data through an information system, modelling its process aspects. A DFD is often used as a preliminary step to create an overview of the system, which can later be elaborated.2 DFDs can also be used for the visualization of data processing (structured design).

Emphasis above is mine

The whole point of the DFD is to show the transformational aspects of data as it moves through the system. You will always have an input (from a user, data storage, or another process) that feeds into a process with an output (to the screen, data storage, or another process). If you don't have those three elements, you don't include it on the DFD. One other item worth mentioning, a large number (I would say most) DFDs do not have a starting point or ending point on the complete diagram.

There are at least 2 different symbologies used (Gane-Sarson, and Yourdon & Coad).

The example below shows how data from a Customer goes into the Process Order process which outputs data being stored in the Transaction data storage. Duplicated data stores are usually included to show the process more easily and are often marked with an altered symbol for the data store (a D in a gray box on this example). 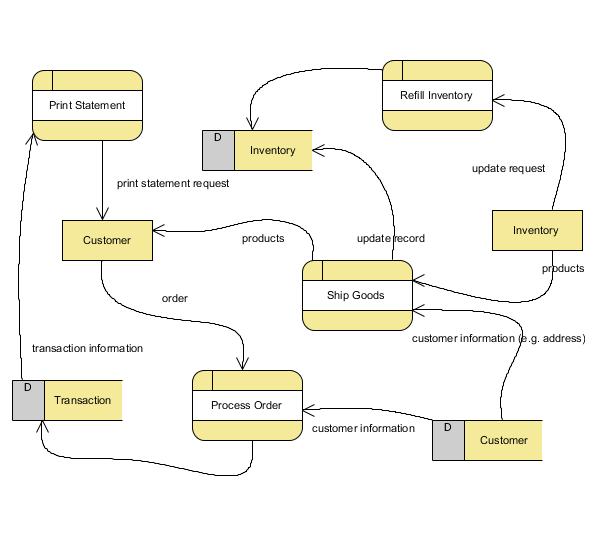 Not the answer you're looking for? Browse other questions tagged database documentation or ask your own question.

3
Relationships Of Complex Documents In Document Databases
6
Importance of diffing and merging for design specifications documentation
8
How to handle complex calculated fields in an ORM
1
How is lookup table data tracked and initialized in application design?
7
System Design: Very Large CSV Imports Every Month
0
Recommended Long Term Data Storage Format
0
Database of big text documents many-to-many: one big relationship table, a lot of small ones, or a better way to link abstract text data?
0
How to manage one-to-many relationship updates in MongoDB