I'm trying to identify an object (a cube) in a set of photos. Using Canny/Sobel/Hough I've managed to get the photo down to a set of lines that are pretty accurate; however if I plot these lines on my image there are a lot of duplicates where the angle/distance varies only a tiny amount. Here's a cut down sample: 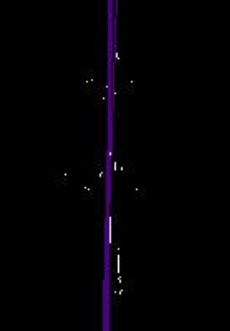 I thought I could reduce these by simply looking for lines that have a rho/theta values within a certain tolerance. However, the problem I discovered is that the more vertical a line is (the further the intersection at x=0) the greater the difference in the rho value for the same angle:

This doesn't seem like a problem maths can't fix; but it seems like there should be tried-and-tested method for doing this yet I'm failing to find any good info online about the best way to do this (either maths to allow for this, or a generally better way of merging similar lines within the image space for the output of Hough Transform).

I did wonder if converting them to x/y pairs for the edges of my image (eg. the points to use to render a line) and then comparing them might be a better idea. I'm going to give this a go; but if it's not the "normal" way to do it, I'd like to know!

Well, I went ahead and tried converting to x/y pairs and then de-duping where both sets were within 5% of their respective axis. I don't know if this is a good way to do it, but it's definitely gotten me closer! 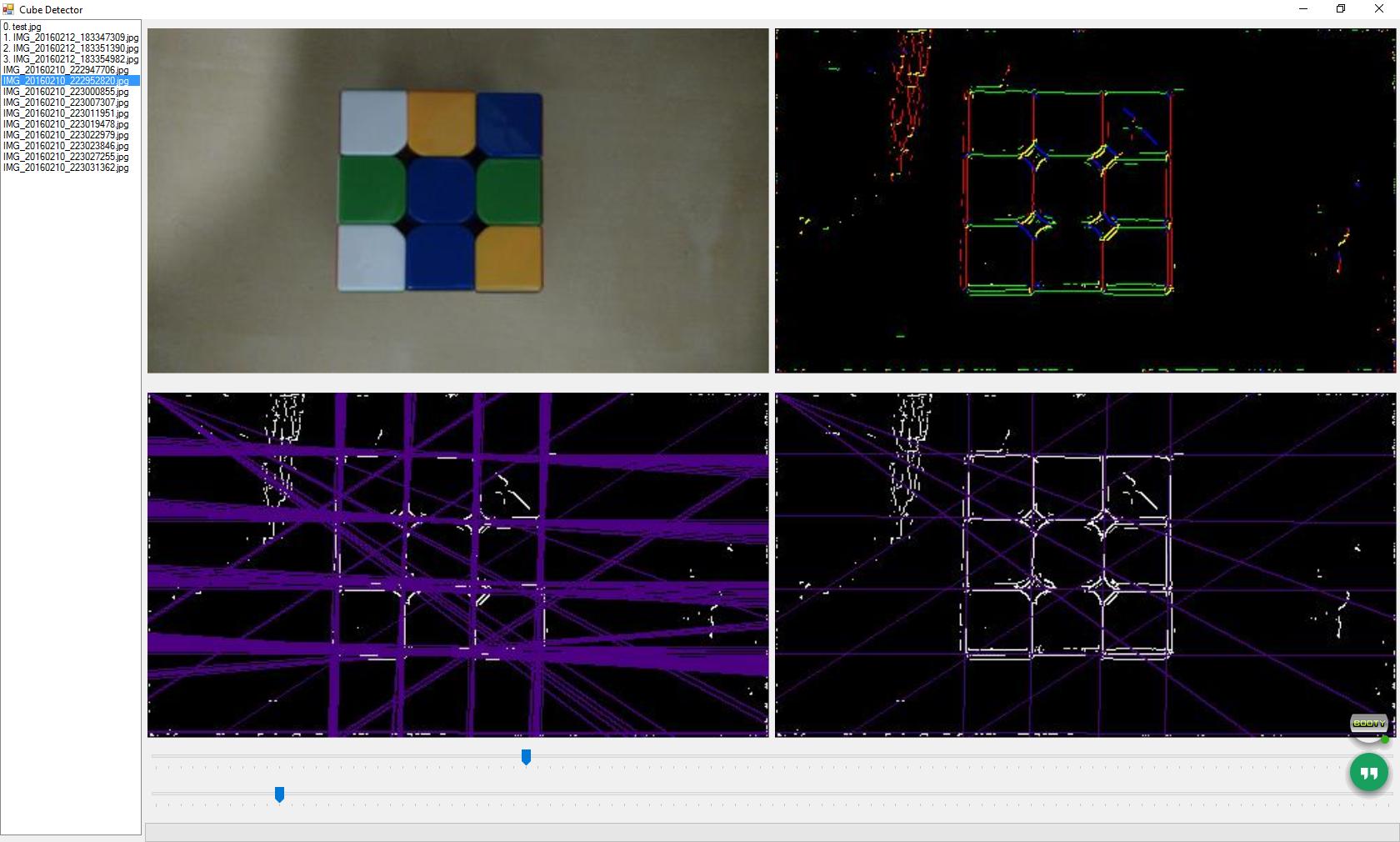 There's something wonky with a bunch of lines starting at 0, 0 (I reckon they should be perpendicular, and suspect the noise at top might be overwhelming the real edge from the cube centre corner, but I don't care for those lines ultimately anyway), and I have a problem for "perfectly vertical" lines (theta is 0, causes errors in some of my maths) but this page seems to have a solution to that.

Posting this as an answer in case it helps others, but still hoping for a better answer (or confirmation this way make sense).

Not the answer you're looking for? Browse other questions tagged algorithms image-processing or ask your own question.

3
Transform math formula into code (line-line intersection)
0
Layered Manufacturing Contour Generation
1
How to construct a cubie representation of a rubik's cube, given an array
1
Algorithm to “de-rasterize” a voxel image of a polyhedron
1
Simple (hand-drawn) shape recognition
1
Comparing objects with tolerance
1
Comparing images and get changed areas
3
How to guess which pieces of text belong to which lines in a scanned document?