Coming over from the Java world, I am having trouble translating a multi-threaded approach to IO to the ES6 Promises concept of aysnc IO. Many of the examples I have seen on promises show a linear flow.

The examples that show a non-linear flow show functions where I must have all the promises complete before I move on:

What I am trying to do is a tree-based control flow where each branch has no dependency on another branch. Consider this chart showing my control flow: 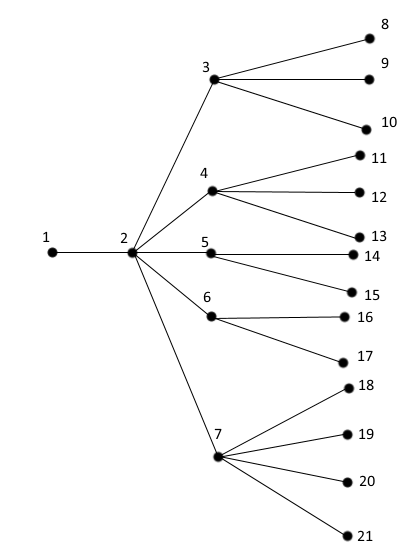 However, I am not sure which Promise constructs to achieve this tree-like control flow, since 8-21 is not all dependent on 3-7's completion.

The main problem seems to be where to branch and where to join asynchronous executions. In your sample code you're trying to use a single point to join non-dependent operations. The trick here is to use many branches and joins; say you have an array of projects, and load teams. Then you have a list of promises, and for each you will start a new branch and have a new promise. When chained correctly, things start to clear up and look simpler:

Which is a little messy, but can always be refactored to something cleaner like this:

Now in the last example, this complex operation is broken down into multiple comprehensible steps.

Not the answer you're looking for? Browse other questions tagged es6 promises control-flow or ask your own question.

224
How much should I be using 'let' vs 'const' in ES6?
3
Is there any value in using a Promises library versus ES6 Promises?
1
How a Control-Flow Graph looks with many (Nested) Functions