Does it make sense to internationalize logs?

What are the valid use case for internationalizing logs? Especially, are there any uses that make sense for a web application.

Now, internationalization might be useful when programming a desktop application, in which the logs might be viewed by the end-user, but this logging facade is only used server-side for several web applications, by developers who are required to use English in general.

The answers given here are too bound to the developer point of view. However, software is made to be used (and read) by humans (users) whose most of them have no idea about debugging, log patterns, standards, etc...

Let's say we have a product that logs its activity at different levels. It's required the product to have a dashboard or control panel where users are able for monitoring the activity. In consequence, the log traces are required to be readable by users instead of developers or technicians.

Moreover, the users could be from different locations. What means, that logs date formats, numeric and currency symbols, etc should go accordingly with the user's location.

In such situation, why logs shouldn't be localised?

While it's true that logs should be machine readable, nothing prevents us from implementing a parallel logging process a little bit more user-friendly.

I agree with English being the standard language for logs. But all these kind of "standards" are De Facto Standard. So at this point, we have to be flexible.

That being said, if you find a good reason for using slog4j localisation feature, go ahead. It was made for a good reason.

One of these reasons could be that today's applications run on a worldwide context, and not everyone speaks/read/write your language (or English). Maybe, not even your product's helpdesk does.

When developers talk about "logs", they're most often referring to plain text files containing information that is meaningless outside the context of the specific code that logged them and has no intended purpose other than troubleshooting that code when something goes wrong.

When developers talk about "internationalization", they most often mean "when the user is a speaker of language X use the string translated to language X instead of the default string".

Given those specific definitions, internationalized logs are almost always a bad idea, because:

Of course, if we relax those definitions and assumptions I started with, then there are some valid use cases.

In general, "internationalized logs" are potentially useful when there's an easily-identifiable subset of log messages which are meaningful to the average user, and when "internationalization" means a separate log in the user's language alongside the default language log for the developers.

In practice, if something you could call an "internationalized log" actually is useful, then it'll probably be a feature of the application anyway.

Some kinds of video games do this, particularly ones that behave like board games:

If the "logs" are considered extremely useful or a critical feature, they're more likely to end up in a proper database rather than mere text files. Sales tracking software is a typical example of this: 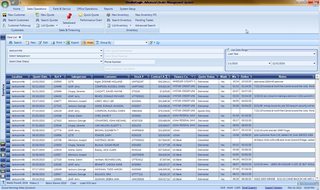 Whether or not you would call these "logs", the text you see in these images is clearly something we'd want to internationalize if we were maintaining these problems.

Not the answer you're looking for? Browse other questions tagged design web-applications logging internationalization use-case or ask your own question.

13
Rules and advice for logging?
8
Concurrency pattern of logger in multithreaded application
111
Why does the TRACE level exist, and when should I use it rather than DEBUG?
4
Should we reuse web app logs for user behaviour analytics?
2
Logging Implementation in a project using a class library or a web service
6
Should I be logging every request in a web application?
1
Making logging more efficient and useful by categorizing data (and virtually not writining messages anymore)