What "version naming convention" do you use? [closed]

I tend to follow Jeff Atwood's opinion of the .NET convention of version numbering. 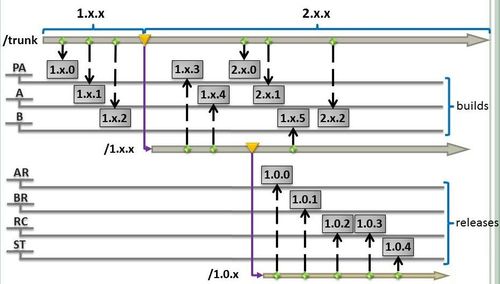 UPD (Feb-2021): I have also created a web-site https://versioningright.com aiming to explain deeper principles of software versioning that remain hidden behind the scenes.

15
What naming Convention to Use for C# Function Parameters
1
Are there any drawbacks to the Major.Minor.YMDD.Build version strategy?
45
When do you change your major/minor/patch version number?
9
Incrementing version - During development? or after release?
3
How to improve my workflow (git, symfony, composer, bower, grunt)?
15
What version numbers should I assign to builds on different branches as part of continuous integration for NET Core-based projects?
4
Versioning depending on Third parties
2
Maven: Versioning for multi module repository