Why does array.push() sometimes take more time in Javascript with Google Chrome

A while ago I've made a simple script in Javascript that tested how much time it takes to add elements to arrays. I've used 3 different methods: array.push(), array[array.length] and array[x] where x is the counter in the for loop. These results were stored and drawn to a simple graph using canvas. The script could basically run forever, taking the average times for every cycle.

After a few hours I started to notice something odd in the graph. the array.push() method had a pretty 'random' spike in the time it took to add all the elements. That by itself isn't too strange, but what was strange is that after adding even more elements with push, the total time went down again.

There's a screenshot of what it looked like after 364 tests. 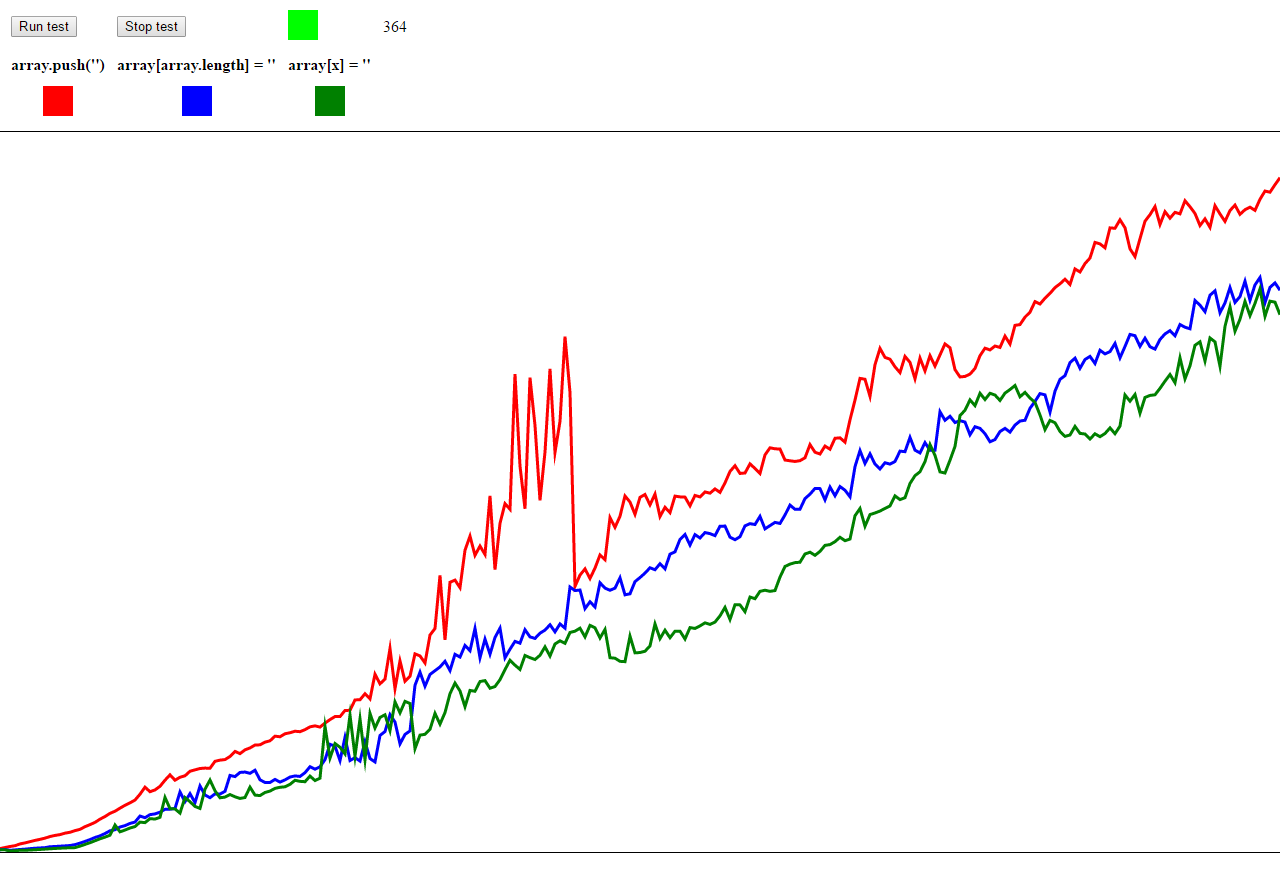 And for those whom want to see the code or run it for themselves: JSFiddle link

Why does this happen? What could cause the sudden increase and decrease in time?

Take a look at this article.

It is similar to .NET memory handling in lists. You always want to set the initial size of a list (or any other collection, for that matter) to avoid suboptimal behavior from performance and from memory usage point of view.

Not the answer you're looking for? Browse other questions tagged javascript chrome or ask your own question.

2
How do I find test users for my Chrome extension with Google App Engine back end?
20
Why does Javascript use JSON.stringify instead of JSON.serialize?
49
Why does Javascript treat days and months differently?
7
Does javascript support numerically indexed arrays with a more optimized algorithm than an associative array?
6
Why is it impossible for Google to port V8 along with Chrome's codebase in C/Obj-C on iOS?
0
Does IE have more strict Javascript parsing than Chrome?
0
Why does Facebook use hash in the URL...sometimes?
22
How does Chrome V8 work? And why was JavaScript not JIT-Compiled in the first place?
2
Why does JavaScript console.log of objects sometimes show prototype/constructor pattern forever