Stack implementation by Design by Contract vs Defensive Programming

I am trying to write Stack code using the two techniques i.e Design by Contract vs Defensive Programming but I am not sure if I am doing right or not.I am not throwing any kind of exception or error in design by contract assuming all the inputs will be correct. 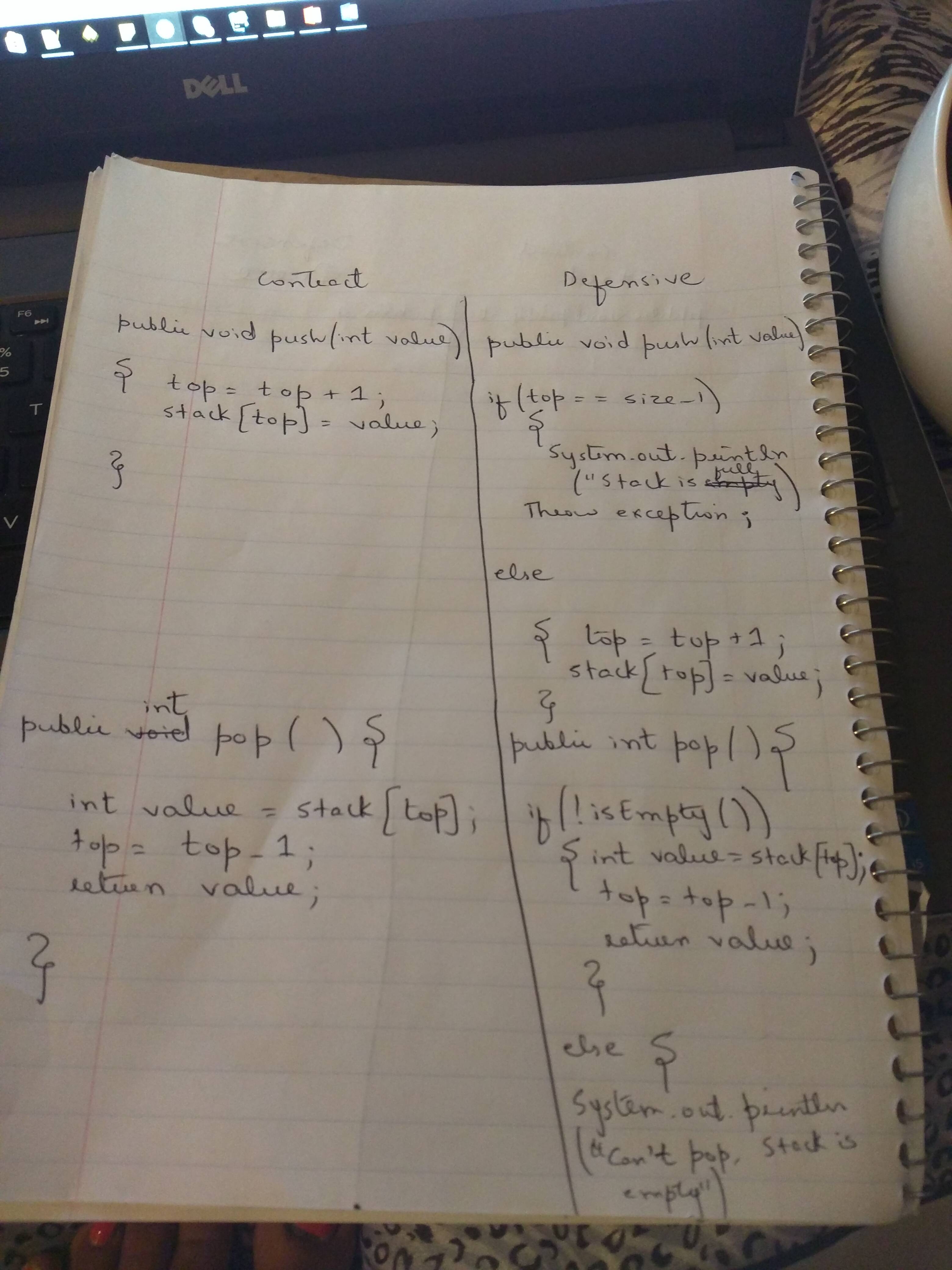 In your example 1, no check is done. The implementation assumes that the client respects the terms of the contract. So yes, you could be tempted to claim that it's DBC.

However what's missing is the expression of your contract: there's no clue of pre-conditions, post-conditions and invariants in the code. This is missing.

In C++ you would put some assert() at the begin and the end of each function. These would do hard check (and abort in case of infrigement) during debugging, but would be skipped in production release.

In Java, you would annotate your code with javadoc tags @pre, @post and @inv in the comments for documentation, but also for processing as explained here with tools like jContracts or similar tools/libraries.

In your second example, you actively enforce the check if the expectations of the contract are met and take an alternate path of execution to handle the unexpected case (here with exceptions). This seems to correspond to the anticipation expected from defensive programming.

Not the answer you're looking for? Browse other questions tagged stack defensive-programming design-by-contract or ask your own question.

27
Differences between Design by Contract and Defensive Programming
41
Why is there such limited support for Design by Contract in most modern programming languages?
5
Options for programming by contract in Java
2
Null values handling in big scale applications
49
Why does the call stack have a static maximum size?
106
Does TDD make defensive programming redundant?
3
What is the difference between debugging and antibugging?
4
How to loosen input contracts by inheritance?