When would I use additional phases in the deployment pipeline of a web project?

All of my projects up to this point have been solo (I develop single page web applications). I've always used an IDE which automatically uploads changes to a test Amazon EC2 server over SFTP and I simply refresh my browser page to see the changes. Then when Ive got a stable result, I upload the changes to my production EC2 server, and the product is updated.

Recently I started working on a group project, so I needed to make sure we didn't over-write the changes of others, so I changed my workflow:

That seems as complex as I would want my workflow to get.

But when researching deployment solutions, I found this chart showing many more steps in the deployment process: 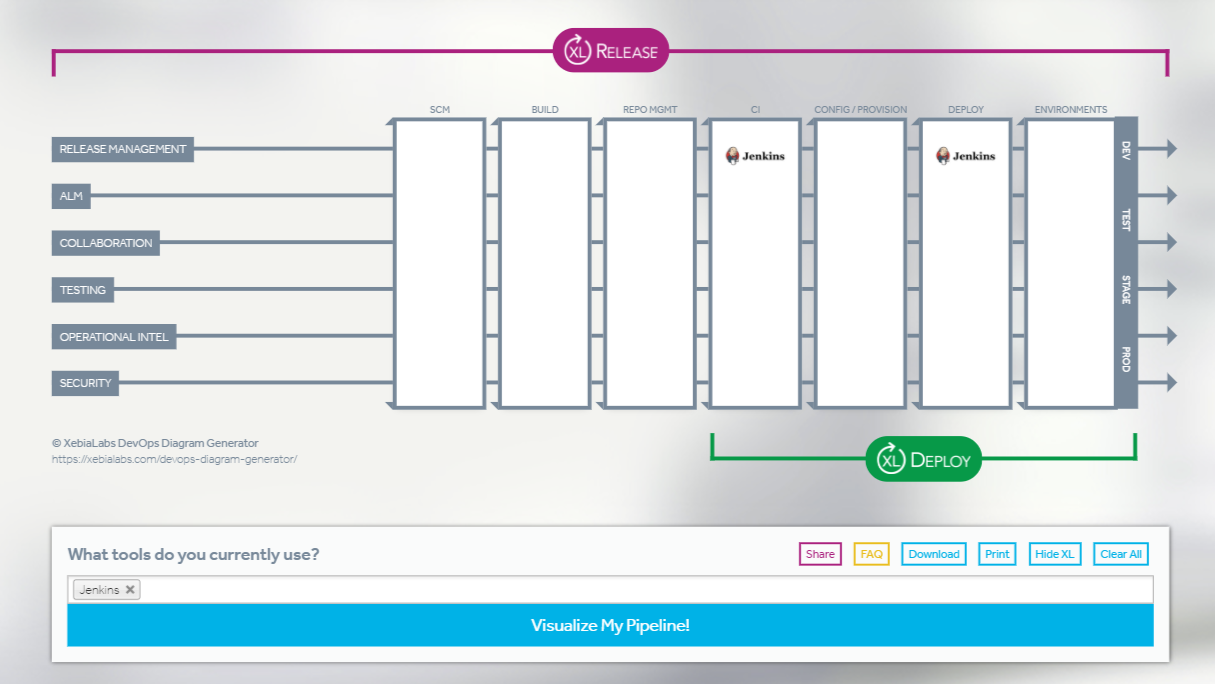 Obviously I'm not working on a large scale project, but I'm interested in knowing what kinds of projects and situations would require me / my team to use these various aspects of a deployment pipeline.

You use additional phases when you need to.

That's not just a glib answer. Each additional phase can solve some problems but also adds costs, in terms of money or time people need to manage the process. Which phases you need depends on what problems you're seeing in your own development.

For example, collaboration. If you have three people working on something, it's not too hard to stay in sync. If you have thirty people working on something, you start wanting a more dedicated collaboration tool. You might want Slack to keep the teams talking when they're all over the country. You might want each team to have their own packages that get combined into a whole. So you need some internal package repository. You might have a million users, and a tiny bug could still affect tens of thousands of people, so you'll want good automated testing to try to reduce that possibility. You might need to spin up a hundred or a thousand servers to handle the load of your new, exciting instagram replacement, so now you need something to manage environment provisioning and configuration.

As a team gets larger and as the code affects more users, these things begin to become important. For example, Netflix has a gajillion users and has a gajillion servers running (mostly on Amazon AWS last I checked). So now they need a lot more of these things than they did when it was three programmers and 10 users.

So how do you know when you need something? Wait until you have a problem you can articulate. "I've now got thirty people working on my SPA and it's really hard to make sure everything is stable to release." Or "I have this thing that changes all the time, and this thing that hardly ever changes, but each time I release I have to deploy a giant Webpacked javascript file that needs to get cached in every browser. Wouldn't it be nice to split that stuff up?"

thanks for the great question and for using the DevOps Generator as a guide for your deployment endeavors. My name is Sunil Mavadia, Director of Customer Success at XebiaLabs and I wanted to answer your question: Can someone explain when or why I would want to use these various other steps in deployment of a single page web application?

A single web application is probably the easiest to deploy to a target server (or vm). This diagram shows the various stages of deployment when the applications are much more complex with middleware such as messaging systems, business rules engines, databases and infrastructure changes. In addition to these changes, the need for stop-gap measures during the release cycle is always prevalent. For example, having some critical checks occur (manual or automated) before code gets deployed to production.

With this in mind, YOU wouldn’t want to use the various other steps right now, but as your application gets more complex through the incorporation of other technologies, that is when you will realize the potential need for these various other stages/steps.

Not the answer you're looking for? Browse other questions tagged web-development deployment or ask your own question.

6
New cloud development workflow using Github, Cloud9ide and CloudFoundry
9
Agile development deployment process. Where do QA and Business Owners test?
5
Suggestions to improve small team workflow (CI / Deployment)
7
So I'm a developing a workflow with vagrant+git...does this make sense?
14
How can we keep track of which version of our code is in each environment?
3
What are modern develop-deploy-test techniques for non-interpreted languages?
7
How to apply environment specific changes within the classic Git branching model?
1
Implementing semver within a development pipeline when building libraries