Am I doing CQRS the correct way?

I just wanted to ask you guys if this CQRS architecture is too complex or am I doing something wrong? So just to explain picture below:

Just one note - I'm using pretty complex DTO's in this case and it is not just 2-3 Integer or string variables. Usually all samples keep this things simple but when you start to make real world apps, it doesn't seem so easy.

So in total 4 mappings happening each time. Maybe it is legit but maybe I'm doning somethin worng... 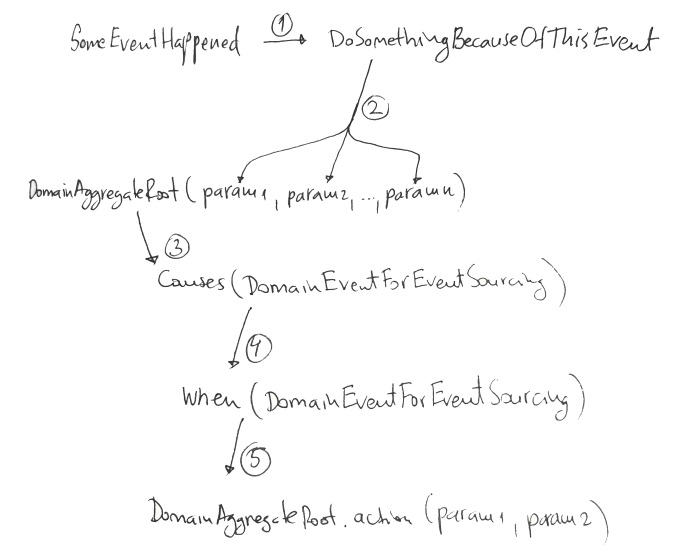 I just wanted to ask you guys if this CQRS architecture is too complex or am I doing something wrong?

The basic pattern that you are sketching here is normal.

The justification for the transformations is that you are sending messages across a process boundary; the messages are part of the API which does not necessarily correspond 1:1 with your domain model(s).

For instance, one of the properties you want to have is the ability to deploy new implementations of the bounded contexts independently. So you should expect that the message (the event) shared between BCs to have an implementation agnostic representation (the DTO).

Saga isn't really the right term to use here - the term actually means something different from the normal thing that you are doing here (saga was a popular term in the literature, because the earliest innovators were confused on this point). Current terminology is that a process manager is responsible for listening to events and dispatching the commands.

The term "map" isn't quite right -- any given event may result in zero or more events, depending on the complexity of the process in question.

When the aggregate accepts the command, the events that it produces and applies make sense to stay in the language of the model -- no DTO needed here. However, when you write that event to a persistence store or to a message bus, you are likely to be crossing a process boundary again, and you will want to use a stable representation instead. (In particular, you want the persistence store to have a stable implementation so that you can replace the implementation of the aggregate itself).

In short: the motivation for using the DTOs is to have a stable API, so that you can deploy units independently. You are typically going to be performing the transforms to/from the DTO representations at the boundaries of your processes.