I'm working on a security concept of a bigger project. It will be done with Spring,but that's actually not relevant right now. 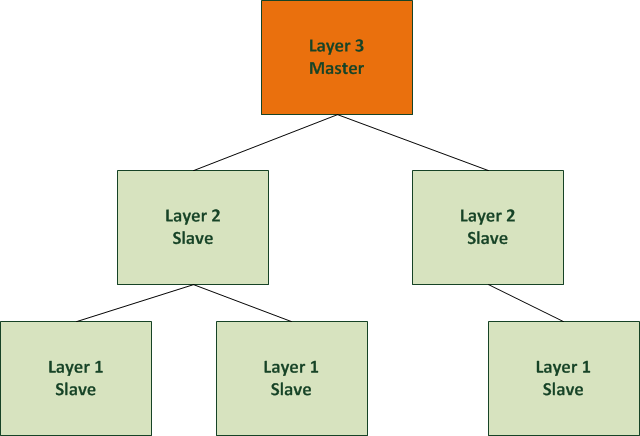 The idea is that the whole system has a master node which will be the root of the tree. The whole user management including authentication will be done there. Meaning a login request from a lower layer node will be forwarded to the root node. The concept for this is pretty much done and looks good.

The difficult part right now is the authorization. The system should give a top down SingleSignOn feeling. Meaning if I've signed on on a layer 3 node, I will not have to sign on on any lower layer node again. Currently I imagine it like this:

The whole inter layer communication will be secured of course.

This concept would technically work, I guess. As I never had to create a complex security concept like this, I really d'like to hear another opinion. Maybe I'm overseeing a major issue. Can you see a fatal hole in the story, or should I go with that?

An important detail I missed, is that a lower layer does not necessarily have direct network access to the top layer. It can happen that the layers are in different networks and only will have direct network connection to next higher layer. Therefore I will not have the possibility to make a central login server as usually used with SSO.

Sequence diagram explaining the whole process and need of keys 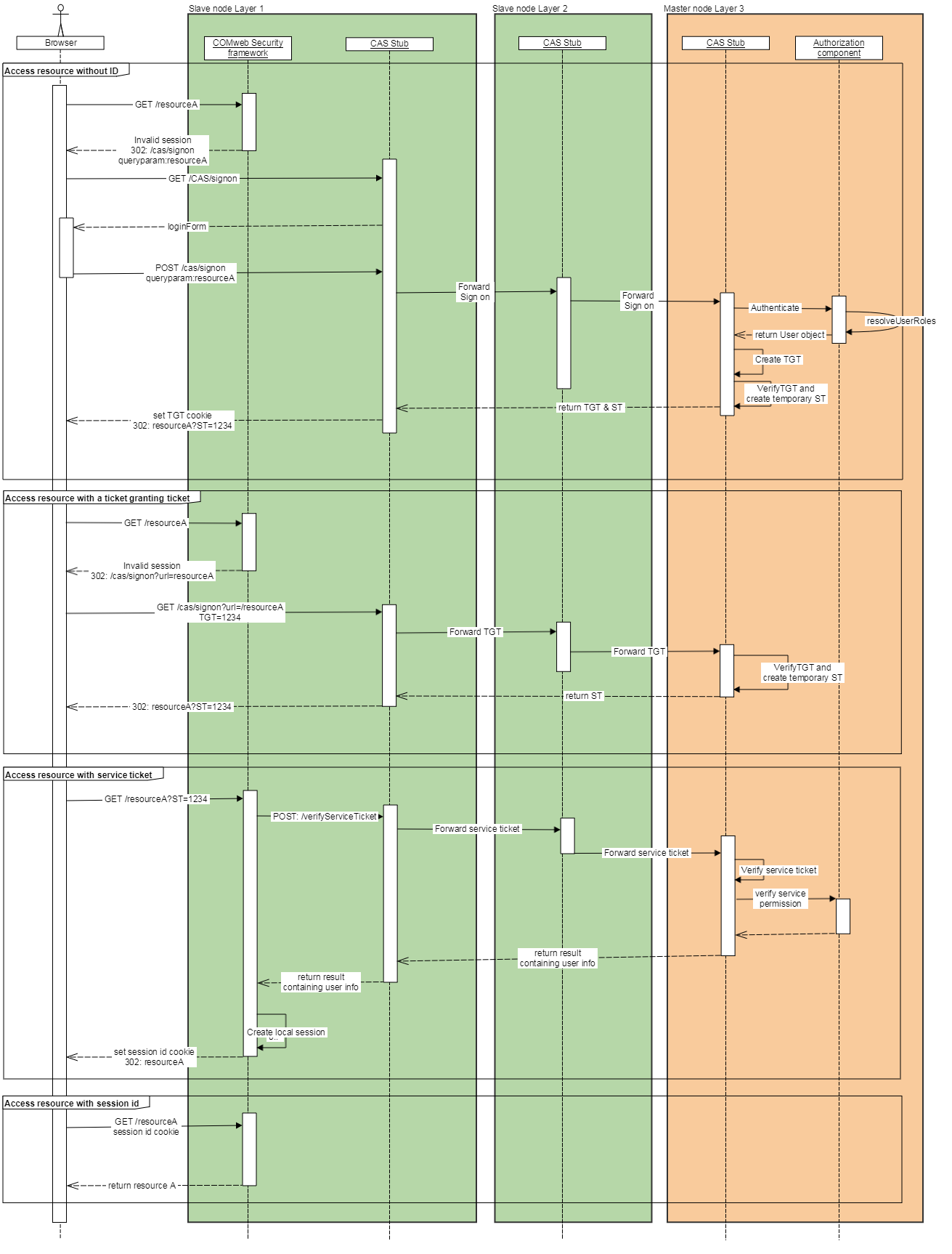 Your layer 1, and especially layer 2, seem to do very little beyond offering connectivity. No validation to reject DoS, no caching.

A Kerberos-style TGT & Service Ticket relies strictly on symmetric crypto, no RSA. In your setup it seems natural for layer 3 to produce signed statements that other layers + client verify and trust. Layer1 could use HMAC to cheaply verify client hasn't tampered with a cookie.

Do this: write down a Story of what some demanding high-performance user does on a typical day. He logs in, 500ms later he accesses this, 2000ms later he accesses that other secured resource, and so on. Now look at the story and write down predictions of latencies experienced by user, and operations-per-second seen by higher layer nodes across giant population of similar users. Could layer 3 anticipate next likely transaction, and proactively populate relevant caches beforehand? Perhaps using messages that are bit-for-bit identical, so there is comm. overhead but no additional crypto overhead?

The way I see it a session key would be enough, with this key you got all the information you got: user id, session expiration date and you can authorize on demand. A way to handle this is request access to a resource and reply with the list of privileges granted for the user.

In the other other hand I'll consider if it's worth making all this from scratch when you got some open source solutions to implement this kind of security such as OpenAM.

Not the answer you're looking for? Browse other questions tagged security concepts multi-platform sso or ask your own question.

5
Did I understand the website "autologin" feature right?
2
Security of logging people in automatically from another app?
5
How can I build a seamless login for multiple sites using OAuth2?
128
REST API security Stored token vs JWT vs OAuth
1
Open ID Connect Session Management Access/Refresh Token vs Session iFrame
2
Securing a microservice that will be accessible from frontend
0
Session Handover via OpenID Connect between a Mobile Application and a Website?