I'm a Network Engineer and I'm learning software developing in my spare time. I have some doubts about some OOP concepts. I'm trying to get an understanding of what is the difference when these terms and phrases are used. 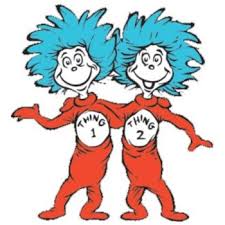 As is common knowledge, all Things have blue hair and red suits. So those are class variables. They are static. They have the same value for all instances. If the value of those variables were to be changed during runtime, they will change for all Things. Maybe we should make those class variables "final" also, to be sure the hair will always be blue and the suits will always be red.

But Things have different names. Name is an instance variable, they can have different values for different instances. If a name changes, it does so only for a particular instance of Thing.

t1 and t2 are variables of type Thing. They are not Things, they only point to Things. Once instantiated, real living Things can be accessed with that variables. (Those are not instance variables, they are just variables).

When one is asked to instantiate a class, is this another way of saying create an object for that class?

If so does that mean the object created is also called the instance variable?

1
Views, View Controllers, Properties and Object-Oriented Programming
6
Can a loosely typed language be considered true object oriented?
5
Static variable - Usage and Implications on Threading
8
When to use DI and when to create yourself in Java
44
UML class diagram notations: Differences between Association, Aggregation and Composition
5
Using a Simple/Static Factory vs. instantiating directly: new Thing() vs. factory.createThing() - what's the benefit?
1
Is designing a generic parameterized class with methods of it accepting higher order functions a functional technique that we can use in Java 8?
3
How do language implementations implement native-extension class instantiation?