Ask Question
Asked 3 years ago
Active 3 years ago
Viewed 83 times
-1
Closed. This question needs details or clarity. It is not currently accepting answers.

Is this a "overkill" design to store XML data in a relational database? One point is that these web API REST services can later be used by other applications. 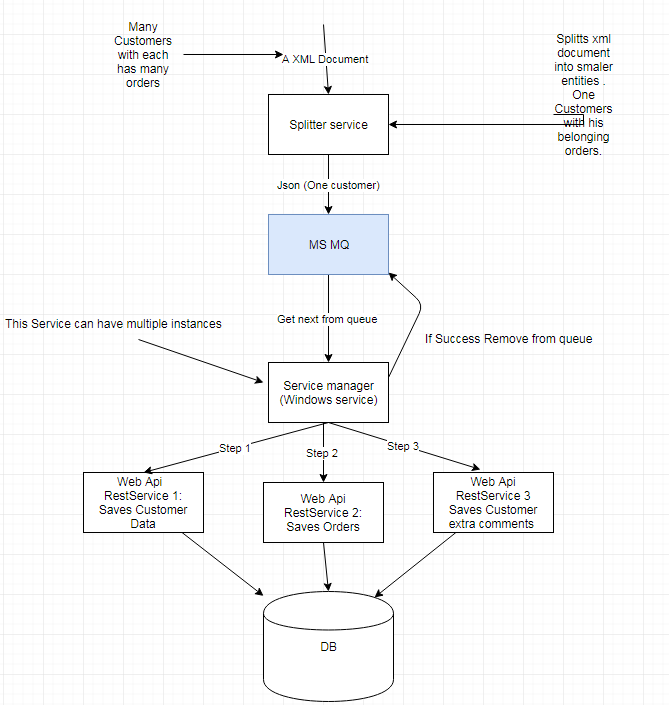 It depends on your data complexity and volume, and the importance of this "data ingest" or ETL (Extract, Transform, Load) service.

For very large datasets (100K or more of inbound XML-encoded objects), which will keep coming in over time, and which are an important part of a business process, you could argue this is "suited to the job."

For most "load the database" jobs, however, it's vast overkill. I've run multi-million record ingest systems with parallel workers yet no splitter service, only a simple queue, and no segmentation of the API type. The number of different kind of entities you have described here seems to go against Occam's Razor, which is often a wise guide for those building software systems.

Beyond the probable over-complexity of the pipeline, several specific concerns:

Update: Here's a diagram of what a simplified process might entail: 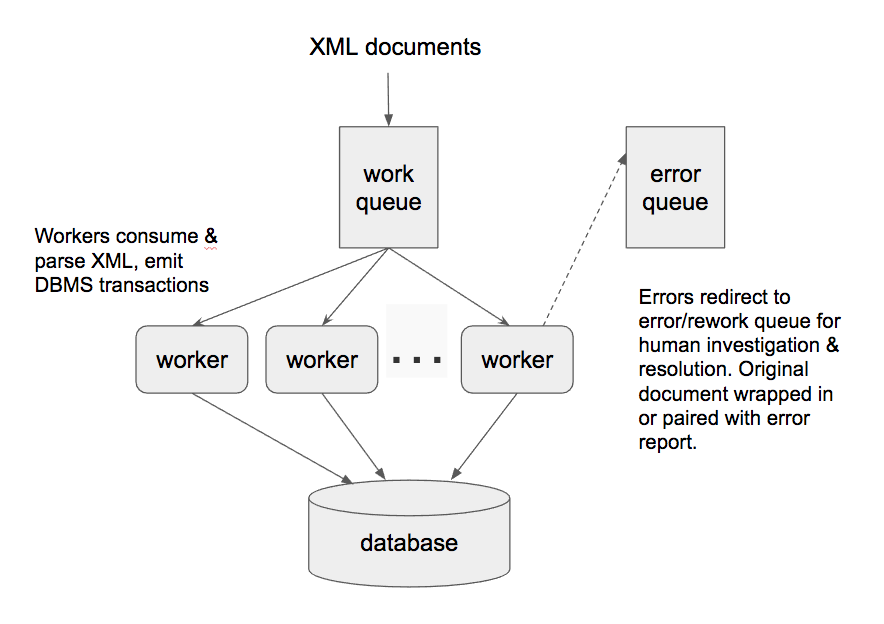 Not the answer you're looking for? Browse other questions tagged api xml web queue or ask your own question.

3
Guidance for Web XML Api's
2
Standard way of allowing general XML data
1
Suggestions designing an XML polling deamon in python
1
Getting the relational table data into XML recursively
1
Design: Mixed XML / Relational or Pure Relational?
11
Should I parse XML on the server or provide a proxy and let the browser parse it?
4
Store encrypted data in XML