It doesn't seem to me that a railway semaphore describes a semaphore better than any other generic signalling object, like a flag or a stoplight. Even something like a keyring (people take keys off the ring to access locked resources, then return them when they're finished) is more descriptive. So why is a semaphore called a semaphore?

It's the metaphor that the creator of the idea proposed.

The idea was proposed by Dutch computer scientist Edsger Dijkstra in the early 1960s.

I don't speak Dutch, but looking at the paper he wrote on the subject, it looks like he talks about seinpaal which translates in English to "signal post" or semaphore.

He describes the concept as:

Go to sleep, we'll wake you up again when you need to continue.

This sounds to me like a metaphor for a train driver approaching a semaphore and stopping until being allowed to resume. 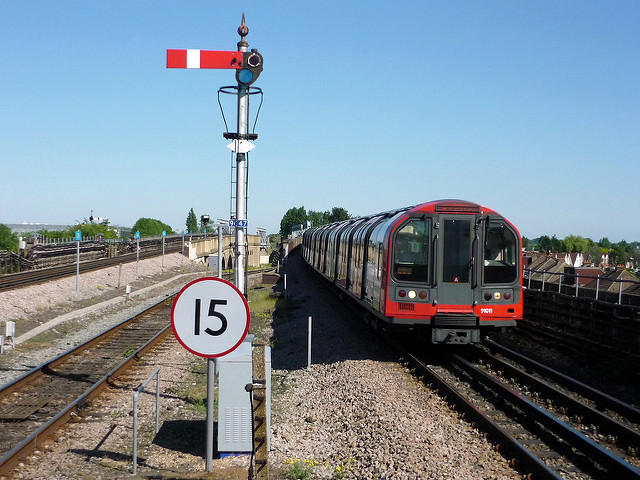 He says in the paper:

If created by an English-speaker, they might have chosen something else. But for a Dutch-speaker in the 1960s, this analogy must have made the most sense to describe what the idea was.

Not the answer you're looking for? Browse other questions tagged semaphore or ask your own question.

7
Mutex vs Semaphore: How to implement them _not_ in terms of the other?
1
How Semaphore Signal Works