How should the model notify changes to the controller in the MVC paradigm?

I was reading about code architecture and the MVC/MVVP paradigm. Ideally, we should have the model as a high-level policy/component where it should not know or directly depend on other components, such as the view. Essentially, one of the roles of the controller is to send inputs to the model and thus has the model component as a dependency. However, we need the model needs to communicate with controller whenever it's state changes. From my understanding, we shouldn't have the model depend on the controller as it would we would create a bidirectional dependency between the components, which can lead to unmaintainable code and difficulty adding changes. So, I imagine the bidirectional relationship to communicate as the following: 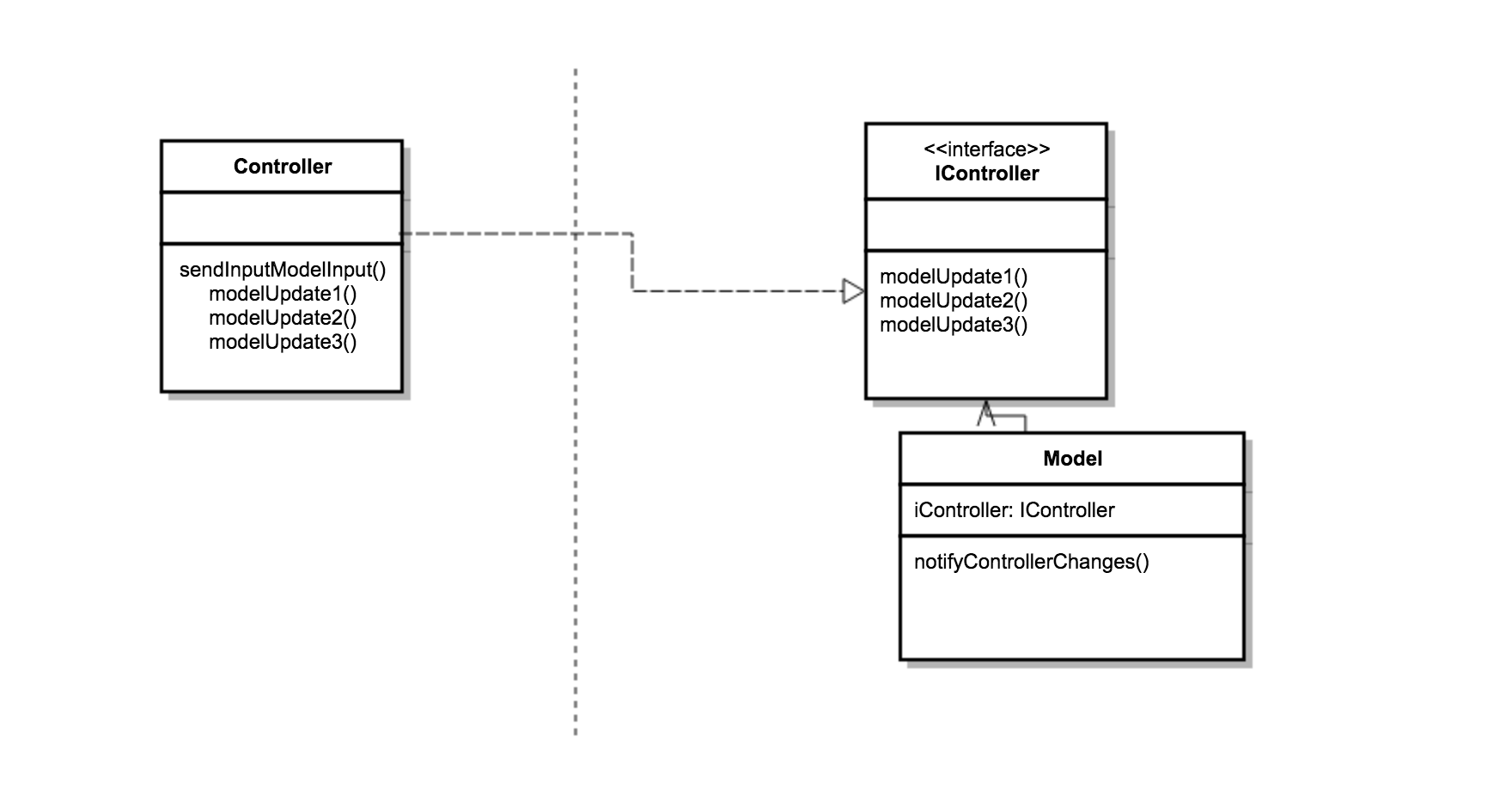 I am also aware that in some programs, the model can directly communicate with the view directly using the observer design pattern. However, the model should not know the implementation details of the view since the model should be respected with high-level policy and should not know about low-level policies, such as the view. Therefore, in this case, let's not consider the observer pattern for the model to communicate the view.

The Model knowing about, or being dependent on the Controller or View is not normally a problem in MVC.

In MVC the controller and View depend on the Model. Thus the model has no need for any dependency on anything.

You can even go further and get rid of the View's dependency on the Model, by creating and populating it in the Controller. Which is standard for web applications.

These methods do give you a problem for the case where the Model updates outside of a Controller event. For example, lets say the model has a Time property which updates automatically to the system time every second.

In these cases you will wish to update the view without having a controller event. This can be achieved by a number of methods

Obviously the best solution is to avoid these types of uncaused changes in your Model. Usually there is a cause of the change, and you can route that cause through a controller, thus capturing the event and removing or exposing a dependency of your Model at the same time.

MVVM - Model View ViewModel takes this further by Binding the View to events raised by the ViewModel and vice versa. This may suggest extra Events be added to the Model in order to further leverage this pattern, but such events are by no means required, nor do they require any dependencies be added to the model.

NotifyControllerChanges() should be an event, to which any controller in your system can subscribe. It would be part of the public API of your model, not an implementation detail. The model does not know (and does not care) who subscribes to it, and therefore has no knowledge of the subscriber.

If this still bothers you, then consider that the other methods on the model that you call from the controller must still know where to return to, yet we still treat them as having "no knowledge of the controller."

Not the answer you're looking for? Browse other questions tagged design architecture mvc or ask your own question.

0
How Should a model and controller be distributed between subviews of the View?
3
MVC: View-Controller Interaction
16
In an MVC architecture, how closely coupled are the Model and View to the Controller?
14
In MVC , DAO should be called from Controller or Model
0
Model-View-Controller: who caches the data?
16
MVC: Does the Controller break the Single Responsibility Principle?
6
How exactly to use the MVC design pattern
0
MVC - Getting data from the model to my view
1
Model - View - Controller: Are input fields views or controllers?