What advantages in source code control are there to a three-stage environment repository?

I've presented this idea to them and they were open to change however before I start pushing for this change to take place (and possibly being the one who implements it) I want to make sure I'm not missing some advantages to their current set up that would be lost.

They use what could be describe as a 'three-stage environment' approach, each project will have its own repository and in that repository the top level folders will always be DEV, UAT, PROD: 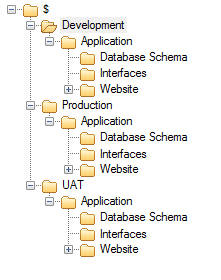 A typical development cycle for this is as follows:

I am more used to working with the Trunk, Branch, Tag model: 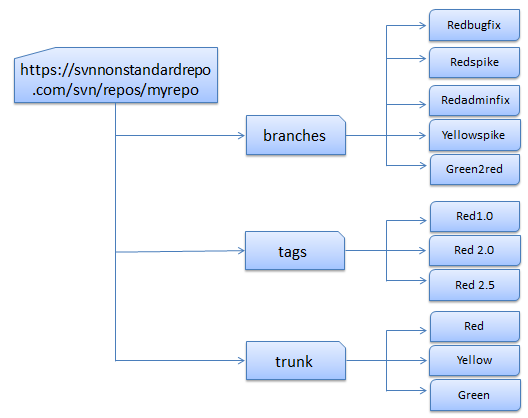 Which would map to the current development cycle of the company as:

I can see lots of advantages to the TBT method but really struggle to find why the three-stage approach would be better.

Although I can't find any strengths to it here are the issues I'm finding with the three-stage approach for those who would find it easier to answer against some specific points:

I don't know if it is the lack of correct terminology or if it is just because it is inherently bad approach but I'm having a hard time finding resources that promote or discuss this structure. Here is one I've found with someone asking the same question and I'm still actively looking.

Branches are definitely the way to go, and in modern SCM systems working with branches is very efficient, so there is no reason not to do this.

In older SCM systems branches were so inefficient in moderate to large sized projects that they were completely unusable.

I guess that your system either 1) Was migrated from a SCM where branches were unusable and the process hasn’t been updated or 2) Designed by someone who’s knowledge of SCM systems it outdated, and they don’t realize that branches now work very efficiently even on very big codebases.

I've worked with a somewhat similar system on the desktop. Mainly this was used to enable developers to switch code versions quickly. This was based on code branches.

Different organizations use different code promotion methods. Depending on the requirements, there can be significant reviews of code before promotion to the next environment. Whatever model is used, it will be necessary to synchronize changes back to the development stream.

7
How do you structure your branches in TFS
9
Coming up with a version control strategy for SVN
1
Best practices for backing out a feature from a QA trunk
4
cost trade-offs for deploying changes to prod, stored procs vs. LINQ
1
How can I avoid editing conflicts repeatedly when merging from one to branch to another?
3
how to manage a release of both sw and config data
17
Introducing a version control branching policy to a small team
9
Source control branch design for deployed environments
14
How can we keep track of which version of our code is in each environment?
3
How to version when using trunk based development