Updating nested objects in DDD Aggregate by example: delegation or direct access from the root? 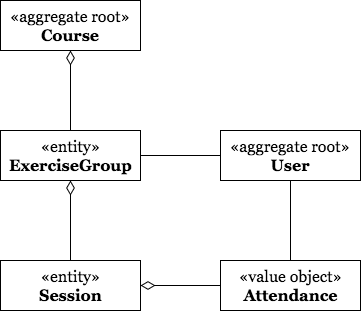 What approaches I've used so far:

1. Reference by identity outside the AR. 2. Direct references inside the AR. 3. ExerciseGroup/Session mutable operations done only by Course AR.

Following the idea that:

I have the following mutable operations in AR:

While still having read-only access to the underling entities:

The problems and questions

While the first approach does make more sense for me, it became extremely complicated to not forget to "propagate" some methods to the top AR. One change in the Session (e.g. change void in attend(.) to Attendance) requires changes in all top-level classes.

For example, an endpoint POST /courses/{courseId}/groups/{groupId}/sessions/ is very likely should return a complete Session object (e.g. to get all autogenerated data [id?] not included in DTO given to the endpoint). Receiving a SessionId from Course#addGroupSession(dto.param1(),..) means I need course.group(groupId).session(sessionId) fulfill this requirement.

A day after (update)

I revisited my model and found it very fat, hard to maintain and designed with false invariants in mind that caused transactional failures. Nothing about creating a new session item should logically interfere with editing a course for example.

What I came up with after deeper transactional analysis is the following model (clickable): 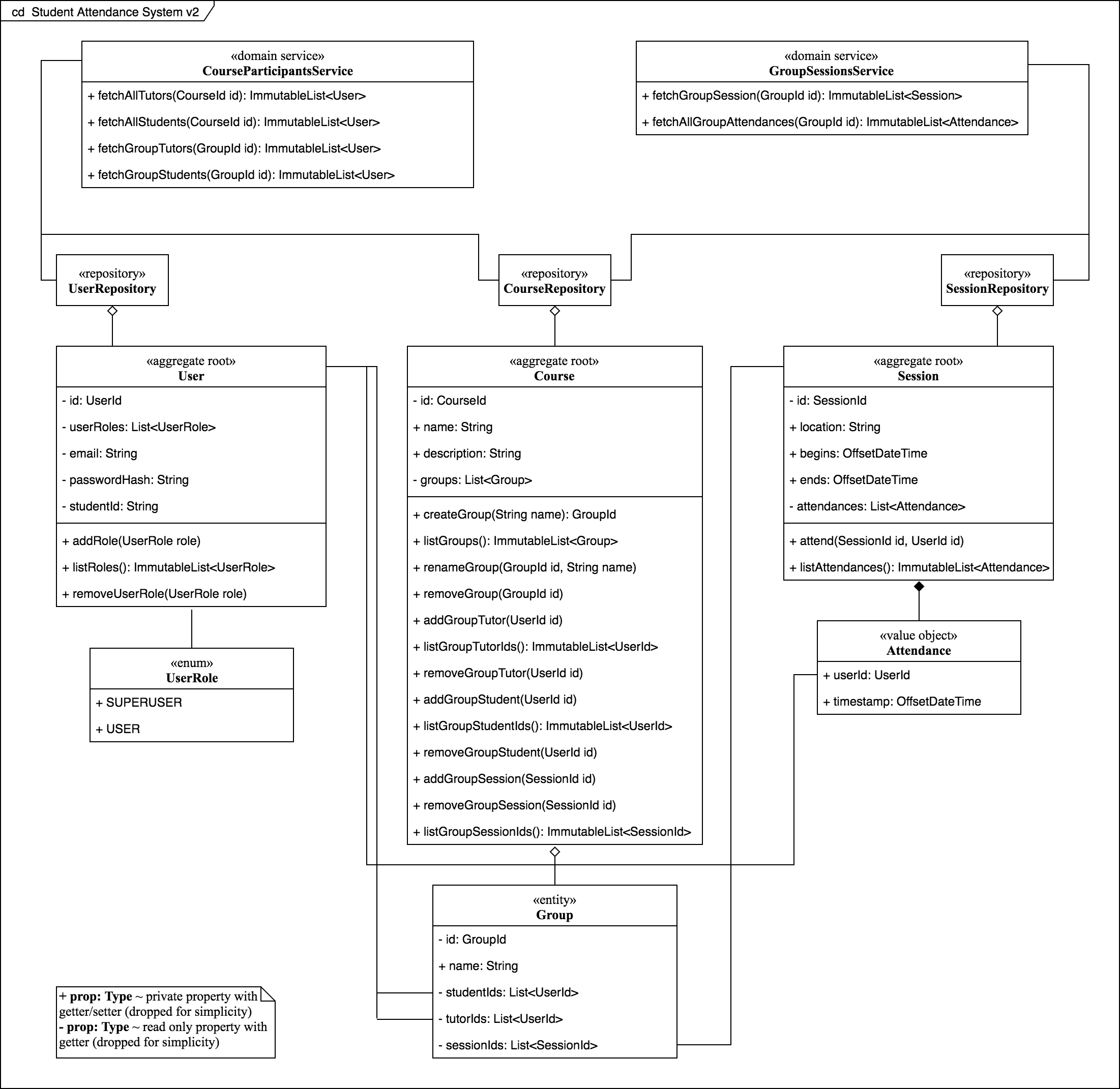 To fulfil the condition that session should not be outside the Group, I just put GroupId to the Session's controller and hope for eventual consistency :)

I would turn the model upside down to make the most interesting / behavioral bits your AR.

Based on the info you provided, this is what I would do:

Attendance would contain references (ids) of Session and User, and maybe other stats. You can discover which course the users attended by following the session -> exercise group -> course relationship.

You could say that certain configuration changes such as joining and leaving groups could be interesting behavior. It depends on what the goals are.

Also keep in mind that your domain (write-side) model does not have to be the same as your read model. Trying to mix query and domain concerns can have you running in circles. As much as possible, let the domain just be concerned with modeling the business problem. If necessary copy the domain data into other forms that are easier to query against. E.g. database triggers, ETL jobs, code that runs on save, etc.

Many of the questions you posted would not really apply with what I said above, so I didn't answer them directly. Feel free to ask any other questions you have about my answer in comments.

Not the answer you're looking for? Browse other questions tagged java architecture object-oriented-design domain-driven-design aggregate or ask your own question.