Finite State Machine odd number of bc at the end

I had this question in a school test:

Design a non-deterministic FSM that receives all words over {a,b,c} that:

The FSM I built was wrong. However, when I asked the teacher for an FSM that works, she gave me this: 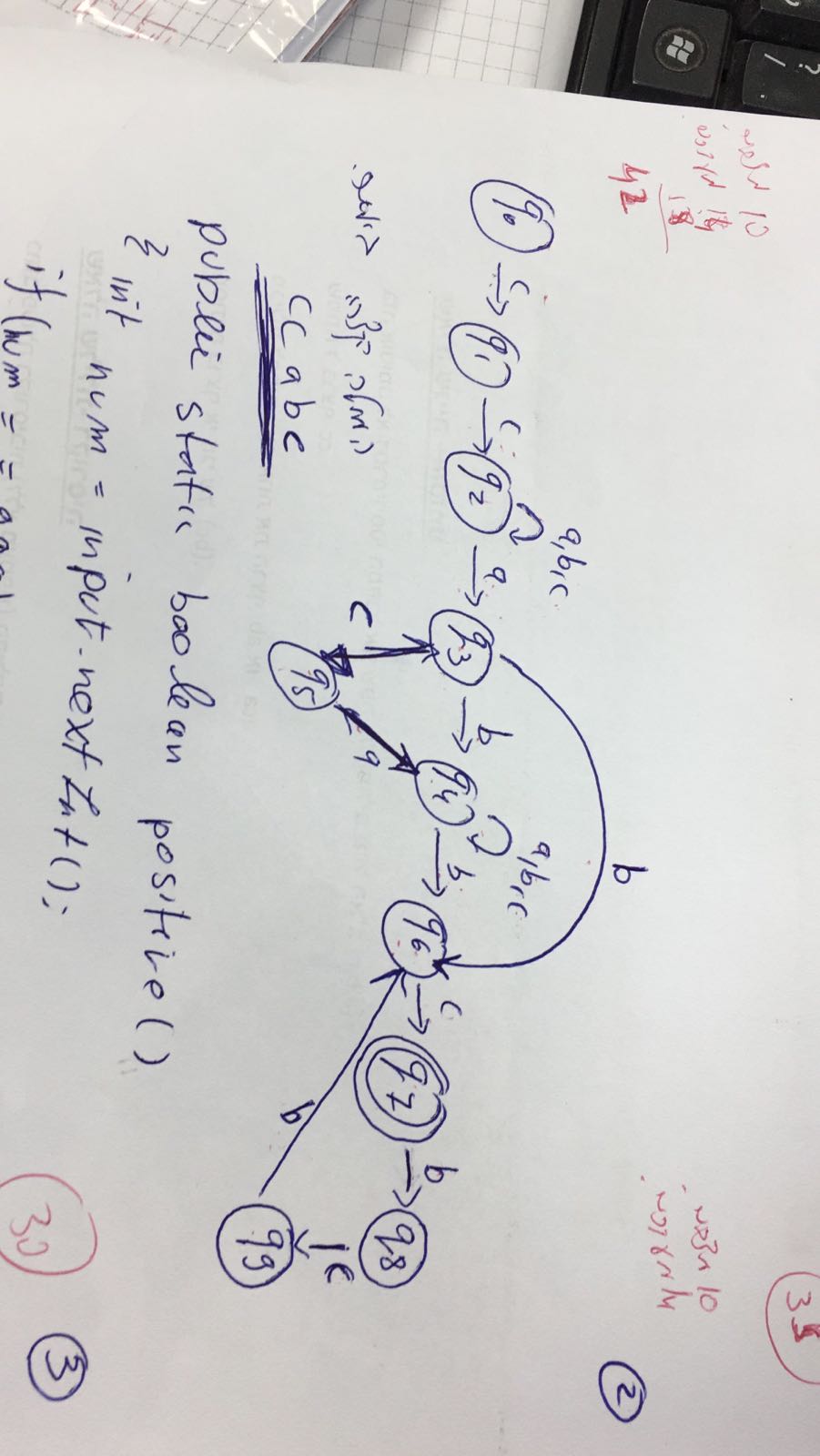 From how I see it, this FSM doesn't work- because for example the word ccabcbc from the route

But she just says that the FSM works and that I don't understand how a non-deterministic FSM works.

So, am I wrong or is she? if I'm wrong, why is the route I gave not valid? And if I'm right, it would be great if someone could send an FSM that works, because I was struggling with this even at home.

Thanks in advance, and sorry for misuse of terms, I learn the subject in a different language.

So how do you write an automaton that accepts only an odd number of bc at the end? The trick is to ensure that the transitions immediately before the final loop don't accept bc. For instance, you could create seven different paths for all other two-symbol combinations and make sure that the final state is reachable only through them.

(This seems expensive, and it is. Negating conditions in regular languages is often surprisingly complicated. You may have learnt that regular languages are closed under negation, and that's true - it's always possible to create a machine that accepts the opposite of a language. But theory doesn't say that it will be cheap, and in fact it often isn't.)