What does it mean "state complects value and time"?

I'm rewatching Rich Hickey great talk "Simple Made Easy" And around min 35:40 when talking about state, mentions that State complects value and time, but I'm not sure I'm understanding this well.

Is it that because immutable data is always the same, being independent of time in the sense that it doesn't change over time?

I'd appreciate if someone with more understanding of this talk could clarify it.

Wikipedia defines state as remembered information. It goes on to say that:

The set of states a system can occupy is known as its state space.

A stateful program (or system) is one in which something is remembered; however, with the immediate implication that a stateful system is in single state at a time out of multiple potential states. Thus, the usage of the word stateful suggests change or transition, in other words, to forget something old and/or to remember something new (for the same state).

Values, on the other hand, (once computed) are simply constants.

Rich is arguing that changes of state over time are at the root of complexity.

At ~31:51 he defines complect as the intertwining that introduces complexity (see image below):

So, essentially, by saying "state complects values and time", he suggests that state intertwines different values for the same thing over time in a way that results in an explosion of complexity. 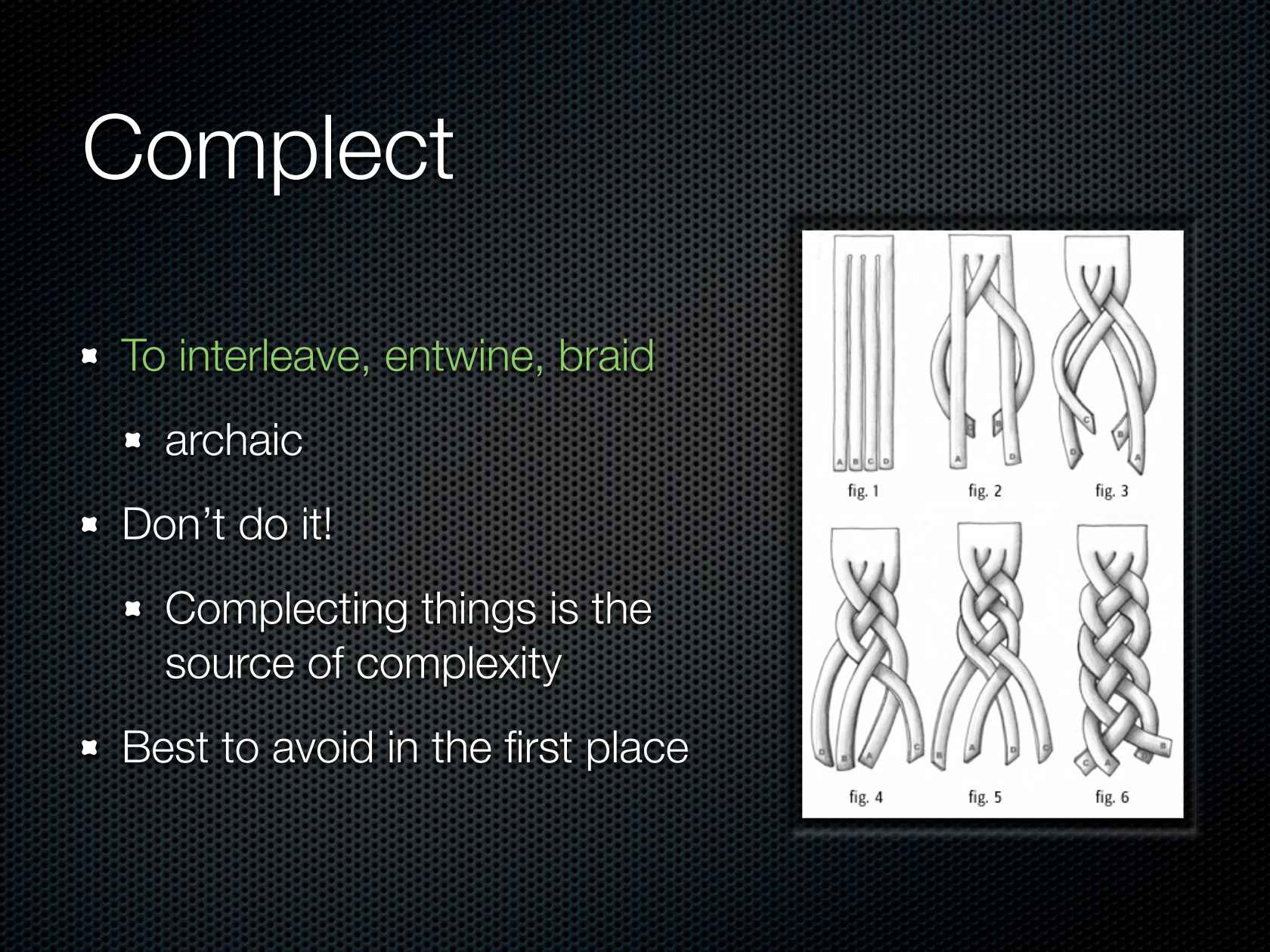 Not the answer you're looking for? Browse other questions tagged functional-programming complexity immutability state or ask your own question.

17
What does it mean by expected running time and average running time of an algorithm?
25
Functional Programming: right ideas about concurrency and state?
70
"Everything is a Map", am I doing this right?
27
Does functional programming ignore the benefits gained from the "On the Criteria To Be Used in Decomposing Systems into Modules" (data hiding)?
40
What is State, Mutable State and Immutable State?
3
What is internal state and is there a difference between state and internal state
16
APIs and functional programming
11
Using queues to decouple functions/avoid direct calling?
7
Cyclomatic Complexity spread over non-reusable functions
2
Rendering and holding state changes in a web app with functional programming