Can the port of a UML component only be a singleton?

I am working on a software assignment where the design is component based. The components have ports which provide interfaces.

Is as singleton the right way to implement a Port to the component? 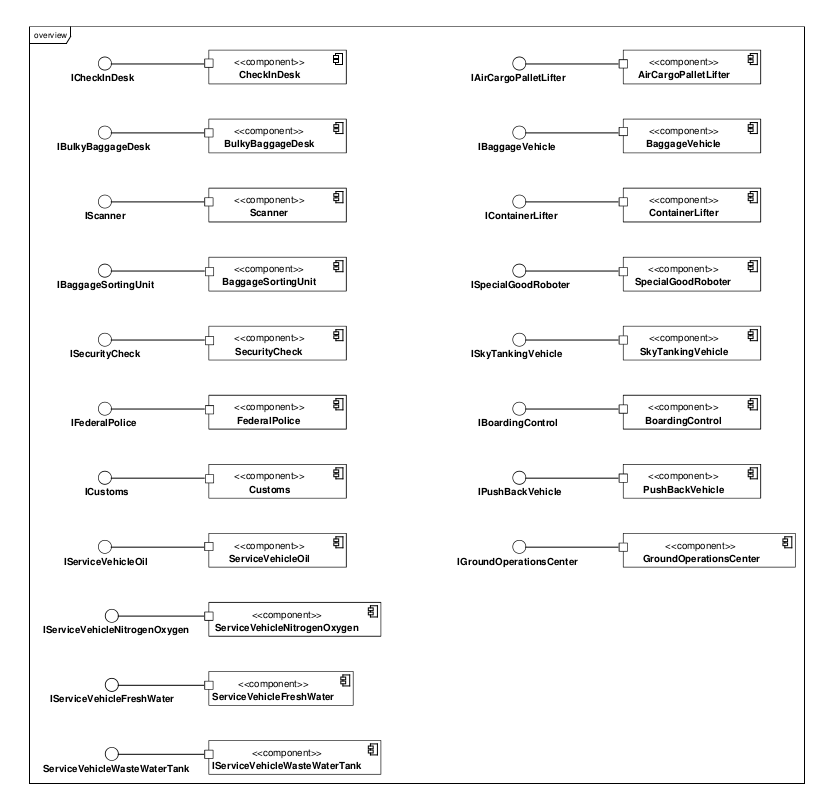 The interfaces are implemented in a class named Port, which is an inner class to the actual implementation. The outer class has a public field port and is a singleton. The different components interact by loading the Jar-File and accessing the Port instance via reflection.

Can the port of a UML component only be a singleton?

According to https://www.uml-diagrams.org/port.html UML does have notation to indicate multiple instances of a port, as well as multiple interfaces to a port.

Multiplicity of a port (if any) is shown after the port name in square brackets. Both name and multiplicity of port are optional.

In UML diagrams, you will most likely see the majority of diagrams with one port. From a logical perspective, this is correct. From an implementation perspective, it shouldn't matter.

Logically, you are connecting to one instance of a component that exposes functionality on the port. In real life there may be multiple instances of the same component and you only care about the interaction with one of them.

Singelton as a concept

Yes, since the port is a limited resource there should be only one object at runtime (a singleton) interacting with it. It should handle concurrent access of other components to that port.

So your application should create only one instance of the "PortHandler".

This should be avoided.

The reason is that this static access makes your code tight coupled and therefore hard to reuse and in consequence hard to test. Also this "code supported singeltons" are merely a global variables which are known being evil almost since the beginning of programming...

e.g.: if you want to unittest your code interacting with the "PortHandler" you might want to replace the real "PortHandler" with a test double which you can programmatically configure to produce well defined data for your tested code.

If your Code under test gets the "PortHandler" via the static accessor method of the Singelton Pattern it is hard to replace.

If you pass the "PortHandler" in via dependency injection (using a DI framework by any chance) replacing it for testing is easy...

Not the answer you're looking for? Browse other questions tagged uml singleton component or ask your own question.

7
Private interfaces within a package
0
<<access>> and <<use>> in UML Component diagrams
2
Delegating work and programming to component interfaces
6
UML: Should an asynchronous request-response message exchange be modelled as two ports/interfaces or one
2
In UML, can a component be placed inside a node?
2
How express in UML that there are multiple instances of given component type
1
Can I add other methods to the classic Singleton Implementation?
1
How to show UML component load/discovery and realization relationships
1
How to show relationships of the component containing the interface definition when using ball/socket notation in a UML Component Diagram?