I have a general question pertaining to Cyclomatic Complexity. Please have a look at the attached source code:

From the above code, I drew out a flow graph as illustrated here: 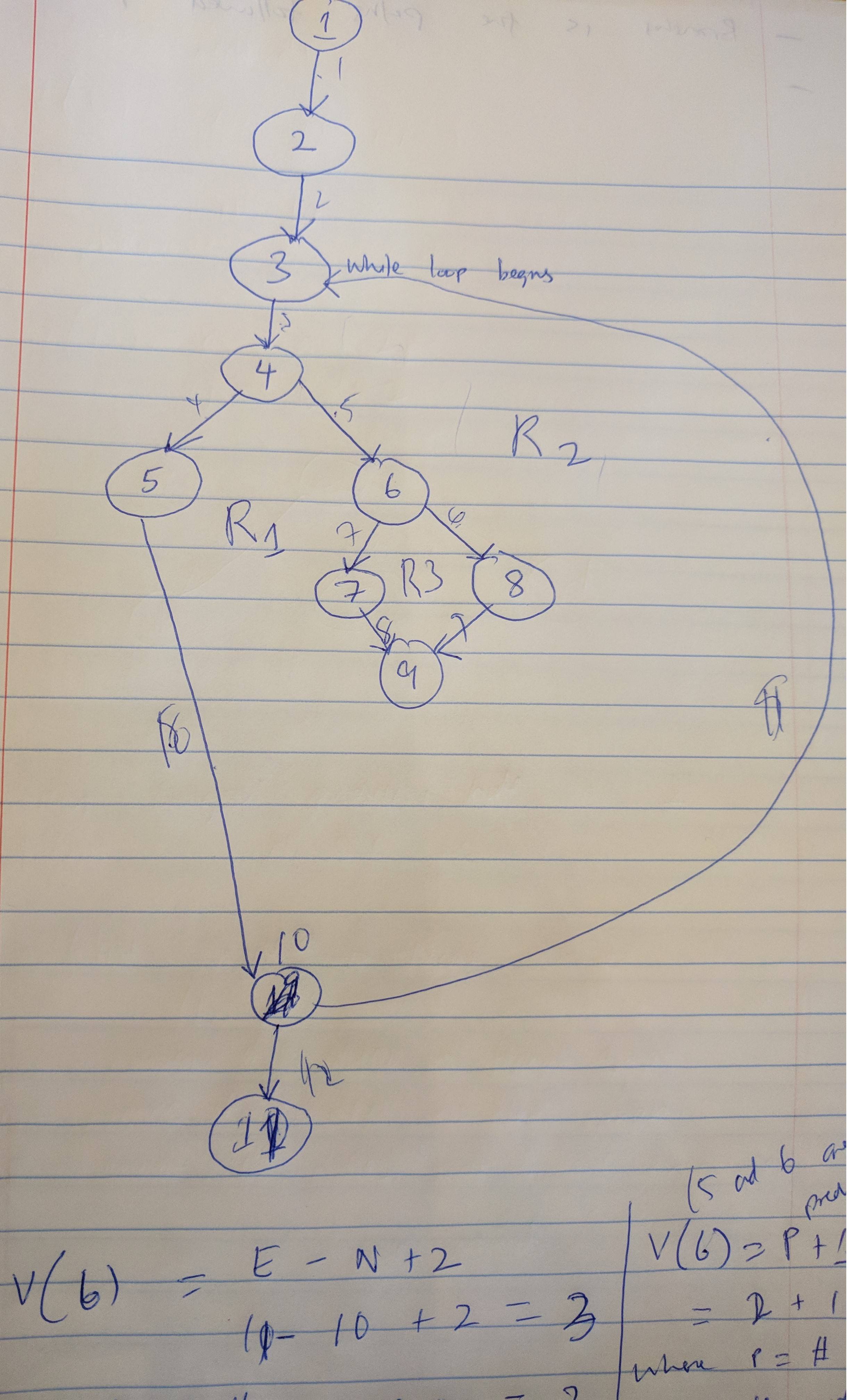 Is my calculation correct? Thanks!

I am not convinced your control flow graph is correct because it shows two terminal nodes 9 and 12. Instead, there should be a single terminal node for the return.

A difficulty with your code is that it contains many irrelevant details for the purpose of calculating cyclomatic complexity. So let's strip it down to the relevant control flow:

If you split the source code into more basic blocks that is not a problem. It will still lead to the same complexity, as an unnecessary block adds one edge and one vertex to the control flow graph, which cancels each other out. Here are the assembly-style basic blocks I chose:

We can now draw the control flow graph: 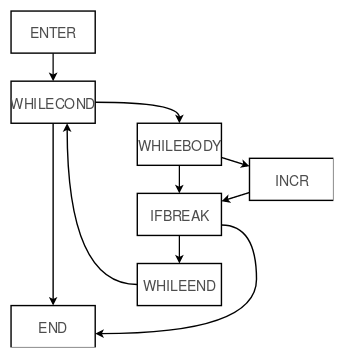 This is a fairly complex graph, but I've tried to lay it out as a planar graph that corresponds roughly to the appearance of the source code.

There are a number of substantial differences to your graph. E.g. you only have a single path that leaves the loop. This ignores that both the loop condition and the break can leave the loop. And once you enter the loop body, your graph does not continue.

We can the see that the CC of this function is 4, either by applying the formula or by counting independent paths by hand.

This also shows that CC as a metric of software quality has its limits. The code you've shown is very complex and not easy to understand. Yet it has the same CC as this much simpler method (note that && is a control flow operator):

Not the answer you're looking for? Browse other questions tagged cyclomatic-complexity or ask your own question.