"Base Python" vs "System Python"

I've been using this term with a loose understanding as heard in the phrases "uses base python", "built on base python" that basically suggests a python project that only depends externally on Python Standard Library modules alone.

I've recently been exposed to the lingo of system python, and seeing comments like # SYSTEM IMPORTS heading off a series of base python imports in some of the code I've been following.

Is it imprecise to refer to standard library modules as system imports? Seems to conflate the two. I was surprised too that there's so much colloquial use of "base python" online in SO Q/A but there's not much of a formal definition online. What I find instead online is hits for base classes and integer base representation, so given that...

Without the context where the terms comes from, guessing its meaning is no easy task.

Querying the python documentation for the terms "system imports" bears no interesting result. Yes, it is imprecise to refer to standard library modules as system imports.

Specific reference for system python as in /usr/bin/python might be important (even critical) for your system since it is probably used by the system itself for administrative puproses.

For instance, the yum utility for managing packages in the RHEL/CentOS/Fedora familly of Linux distributions internally uses the /usr/bin/python system python. I have seen it completly break after a pip install -U requests because of some backward compatibility breakage in that library.

Put simply, do not install anything within the system python if you don't know what you're doing. (you may have a hard time fixing yum using yum if yum is broken)

May refer to the Python interpreter that was used to create a given virtual environment, this is the parent interpreter relative to another given (virtual) interpreter. It may fortuitously refer to a system python.

Here's some associations care of google autocomplete surrounding base python... 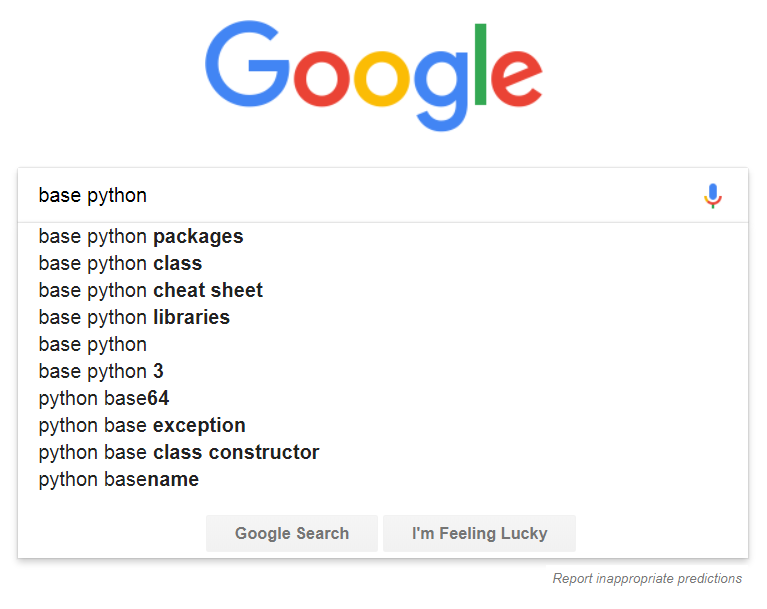 Put simply base python refers to the python interpreter and the standard library alone.

The term system python refers to a python installation that ships with the system/OS, which is to say comes preinstalled. It's worth noting that calling something system python isn't a declaration that it was installed in the system binaries folder /sbin.

1
How do I set up my "personal" library?
4
What is the typical Pythonic view on re-using python modules outside of their initial intent?
4
Executables and Python
0
Python for a desktop app
5
Preferred way to expand a command line script to be used as a library in Python
5
Common imports between many scripts in Python project
5
How to maintain a low dependency version of a project?
0
How to structure Python modules so they are accesible from different submodules