Unable to solve mystery of functions in Javascript

I am trying to understand behind the curtain scenes of Javascript and kind of stuck in understanding the creation of built in objects, specially Object and Function and the relation between them.

When I read that all the built in objects like Array, String etc are extension (inherited) from Object I assumed that Object is the first built in object that gets created and rest of the objects inherits from it. But it doesn't make sense when you come to know that Objects can only be created by functions but then functions are also nothing but objects of Function. It kind of started to sound like dilemma of hen and chicken.

Also, according to Mozilla documentation every javascript function is extension of Function object but when you console.log(Function.prototype.constructor) it is again a function. Now how can you use something to create it self (Mind = blown).

I am trying to understand behind the curtain scenes of Javascript and kind of stuck in understanding the creation of built in objects, specially Object and Function and the relation between them.

It is complicated, it is easy to misunderstand, and a great many beginner Javascript books get it wrong, so do not trust everything you read.

I was one of the implementers of Microsoft's JS engine in the 1990s and on the standardization committee, and I made a number of mistakes putting together this answer. (Though since I have not worked on this for over 15 years I can perhaps be forgiven.) It is tricky stuff. But once you understand prototype inheritance, it all makes sense.

When I read that all the built in objects like Array, String etc are extension (inherited) from Object I assumed that Object is the first built in object that gets created and rest of the objects inherits from it.

Next, make sure you have a very clear definition in your head of what "inheritance" means. People used to OO languages like C# or Java or C++ think that inheritance means subtyping, but inheritance does not mean subtyping. Inheritance means that the members of one thing are also members of another thing. It does not necessarily mean that there is a subtyping relationship between those things! So many misunderstandings in type theory are the result of people not realizing that there is a difference.

But it doesn't make sense when you come to know that Objects can only be created by functions but then functions are also nothing but objects of Function.

Let's say what the rules are and maybe that will help. 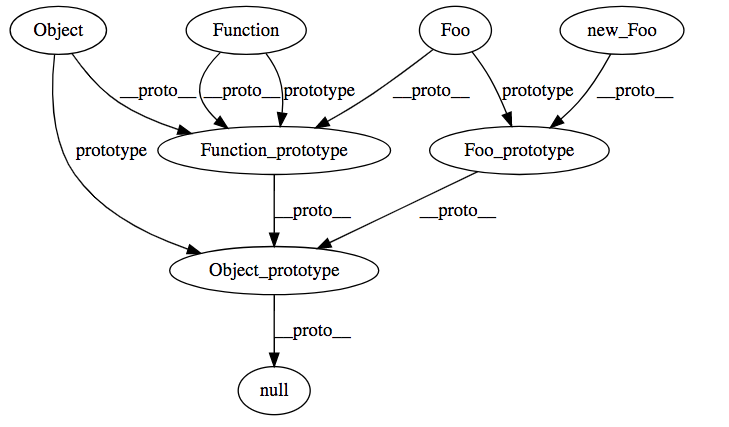 All the runtime has to do is create all those objects and assign their various properties accordingly. I'm sure you can see how that would be done.

Now let's look at an example that tests your knowledge.

What does this print?

Well, what does instanceof mean? honda instanceof Car means "is Car.prototype equal to any object on honda's prototype chain?"

Yes it is. honda's prototype is Car.prototype, so we're done. This prints true.

What about the second one?

honda.constructor does not exist so we consult the prototype, which is Car.prototype. When the Car.prototype object was created it was automatically given a property constructor equal to Car, so this is true.

Now what about this?

What does this program print?

Yes it is. lizard's prototype is Reptile.prototype, so we're done. This prints true.

You might think that this also prints true, since lizard was constructed with new Reptile but you would be wrong. Reason it out.

We should have said Reptile.prototype.constructor = Reptile; at some point in there, but we did not remember to!

Make sure that all makes sense to you. Draw some boxes and arrows if it's still confusing.

The Object prototype does not have this property; it is not callable. It's just an object.

when you console.log(Function.prototype.constructor) it is again a function.

Function.prototype.constructor is just Function, obviously. And Function is a function.

Now how can you use something to create it self (Mind = blown).

You are over-thinking this. All that is required is that the runtime creates a bunch of objects when it starts up. Objects are just lookup tables that associate strings with objects. When the runtime starts up, all it has to do is create a few dozen blank objects, and then start assigning the prototype, __proto__, constructor, and so on properties of each object until they make the graph that they need to make.

It will be helpful if you take that diagram I gave you above and add constructor edges to it. You'll quickly see that this is a very simple object graph and that the runtime will have no problem creating it.

And so on. Can you fill in the rest of the program to construct a set of objects that has the same topology as the "real" Javascript built-in objects? If you do so, you'll find it is extremely easy.

Objects in JavaScript are just lookup tables that associate strings with other objects. That's it! There's no magic here. You're getting yourself tied in knots because you are imagining constraints that do not actually exist, like that every object had to be created by a constructor.

Functions are just objects that have an additional capability: to be called. So go through your little simulation program and add an .mycallable property to every object that indicates whether it is callable or not. It's as simple as that.

You have many excellent answers already, but I just want to give a short and clear answer to your answer about how all of this works, and that answer is:

By the way, if you really want to, you only have to do this once: afterwards, you can for example dump your internal memory and load this dump everytime you start up your ECMAScript engine.

ECMAScript does not contain proper classes such as those in C++, Smalltalk, or Java, but rather, supports constructors which create objects by executing code that allocates storage for the objects and initializes all or part of them by assigning initial values to their properties. All functions including constructors are objects, but not all objects are constructors.

Further down we see:

So we can see that a prototype is an object, but not necessarily a function object.

Also, we have this interesting titbit

The Object constructor is the %Object% intrinsic object and the initial value of the Object property of the global object.

The Function constructor is the %Function% intrinsic object and the initial value of the Function property of the global object.

The following types encompass every value in JavaScript:

Every object (i.e. everything) in JavaScript has a prototype, which is a kind of object.

The prototype contains functions, which are also a kind of object1.

Objects also have a constructor, which is a function, and therefore a kind of object. 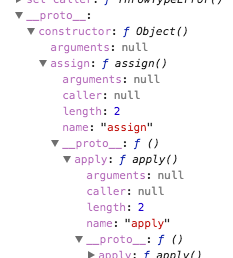 Most object systems in many dynamically typed languages are circular2 like this. For example, in Python, classes are objects, and the class of classes is type, so type is therefore an instance of itself.

The best idea is to just use the tools that the language provides, and not think too much about how they got there.

1 Functions are rather special because they are callable, and they are the only values that can contain opaque data (their body and possibly a closure).

2 It's actually more of a tortured, branching ribbon bent backwards over itself, but "circular" is close enough.

Not the answer you're looking for? Browse other questions tagged javascript object-oriented-design functions object or ask your own question.

3
What is Module Object and Function Object?
4
For a Javascript library, what is the best or standard way to support extensibility
0
Reason to treat internal class variables and functions inside a class as "separate" entities
0
Function or class design in library API for efficient object reuse
2
How to get an object that another object is prototype of?
2
Cleanly generating several 0-airty JavaScript functions with slightly different bodies
0
Fundamental difference between a static class and namespaced functions
1
How function parameters are compiled in JavaScript