How to split an onion-style DDD project without using microservices?

Background: I'm building a prototype scientific app with the "Exploration" and "Optimisation" parts. (Other parts might be needed later.) Each part uses functional reactive programming (FRP) and has its own GUI window. "Optimisation" depends on the user's choices within "Exploration"; there's no dependency the other way. Although the language is Scala, integration with Python, and possibly R, will be needed in future.

First, I've built an "Exploration"-only app based on the "onion" (clean) architecture and DDD principles. (The app is implemented as a multi-module sbt project in Intellij; see Figure 1.) I'm happy with this individual app. 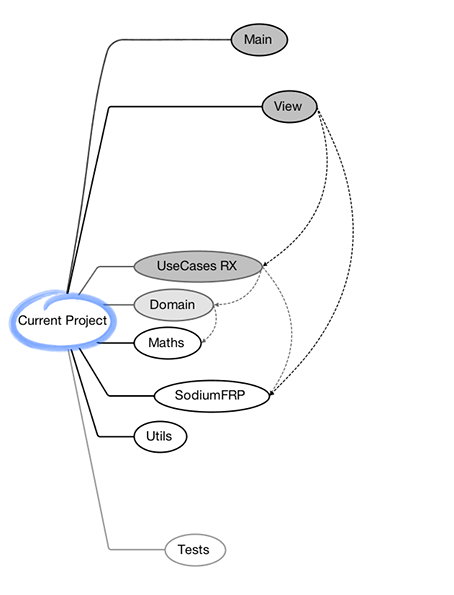 Figure 1: "Exploration"-only project with the "onion modules" shaded. Omitted dependencies: Main on every module; every module on Utils.

Problems started when adding the "Optimisation" part to the same Intellij project. In DDD terms, "Exploration" and "Optimisation" are distinct bounded contexts. Combining both in one project would require having two "onions" side-by-side. The complexity is noticeably greater than with the "Exploration"-only project.

Tried: I've looked into microservices, which seem attractive, e.g., to separate bounded contexts https://www.infoq.com/presentations/ddd-microservices-2016, but also have drawbacks https://adamdrake.com/posts/2017-05-20-enough-with-the-microservices.html; https://martinfowler.com/bliki/MicroservicePremium.html. As I've little experience with them, they're probably an overkill for this medium-size prototype, but may be useful in future.

My current idea is to split the project into four separate multi-module projects; see Figure 2. The independent "Core Project" contains all the support domains and the abstract core domain. The "Exploration" and "Optimisation" projects depend on it as an external project. The "Main" project, dependant on the other three, wires the whole application and is responsible for passing data from "Exploration" to "Optimisation".

Question: Is this solution reasonable and how could it be improved? Or is there a better solution? 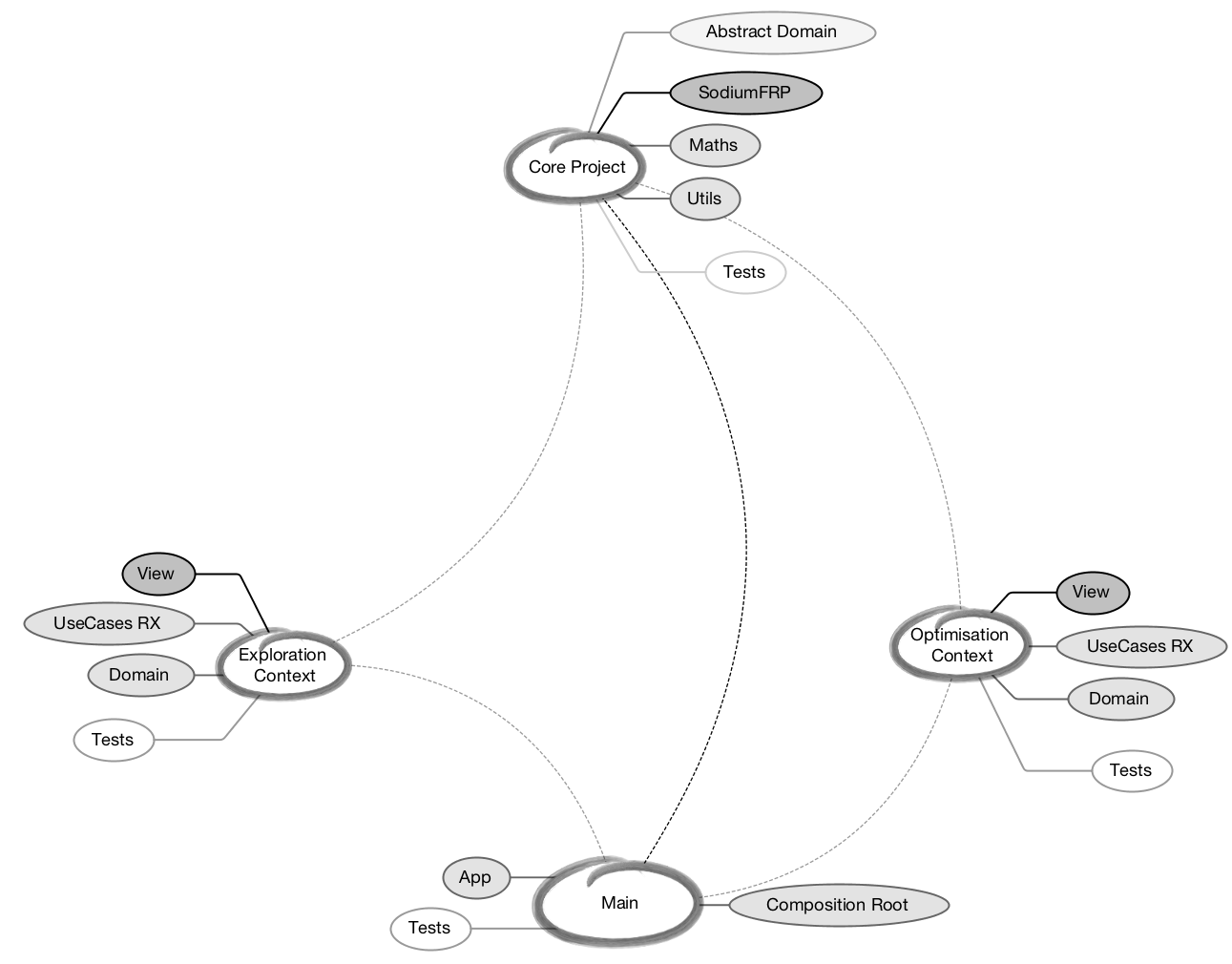 design architecture domain-driven-design clean-code microservices
share | improve this question | |
edited May 10 '18 at 16:47
Schrödingerkōder
asked May 6 '18 at 16:01

In implementation, you'll be using dependency inversion, services and domain events to decouple your domain from your platform. GUI frameworks, Web Services and Databases are all their own domains that are separate from your business domain. It is the interaction of your business domain (problem domain) with all of these implementation domains (solution domains) that is one of the main culprits of accidental complexity in systems. This is why onion architecture is great because it puts these concerns front and center.

It sounds like you're trying to organize your code by introduce a lot of accidental complexity into your system. From your problem statement:

Problems started when adding the "Optimisation" part to the same Intellij project. In DDD terms, "Exploration" and "Optimisation" are distinct bounded contexts. Combining both in one project would require having two "onions" side-by-side. The complexity is noticeably greater than with the "Exploration"-only project.

You only need one onion. You can put as many web service entry points in a single onion as you want. Physical separation is about deployment, instances, scaling, coordinating with different teams, rolling updates, orchestration, etc. It sounds like you're "programming in the small" but worrying about "programming in the large" problems.

Think of your DDD concepts as your way of designing one small piece of your system. The onion architecture is at a larger scale that includes the entire system. You can use DDD on application (solution) domains in your system to work out complex interactions, but that's a bit off the beaten path.

I think of web services more akin to actual DDD Application Services. They are more behavioral and encapsulated. Use Command–query separation web services to expose "read-only" views of your domain model for your interfaces. Bounded contexts can be represented as sub-paths under a single web service route if you want to go that way.

Not the answer you're looking for? Browse other questions tagged design architecture domain-driven-design clean-code microservices or ask your own question.

9
Microservices and shared libraries
5
How can you separate a monolith into domain-driven libraries without duplicating interfaces and still keep dependencies simple?