Can CQRS pattern exist and/or work without mediator pattern?

I mean there are always commands and these commands have to be dispatched somehow to the handlers that perform some logic on them.

Does it mean that CQRS pattern depend on mediator pattern in order to work?

Every example I see with CQRS uses mediator pattern, does it mean it's integral part of this pattern?

Or it can work without using mediator pattern at all?

But it doesn't make much sense then...

design-patterns architecture architectural-patterns cqrs
share|improve this question
asked May 21 '18 at 13:03 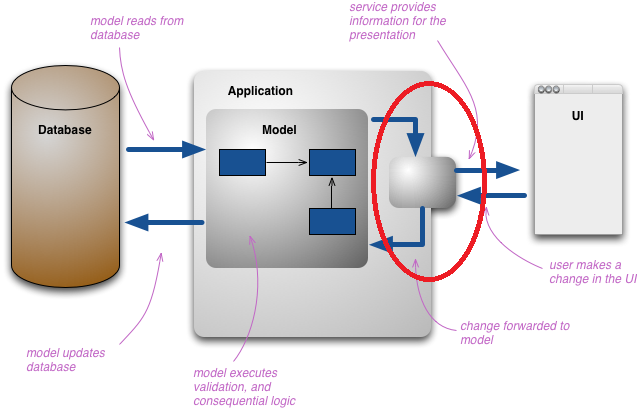 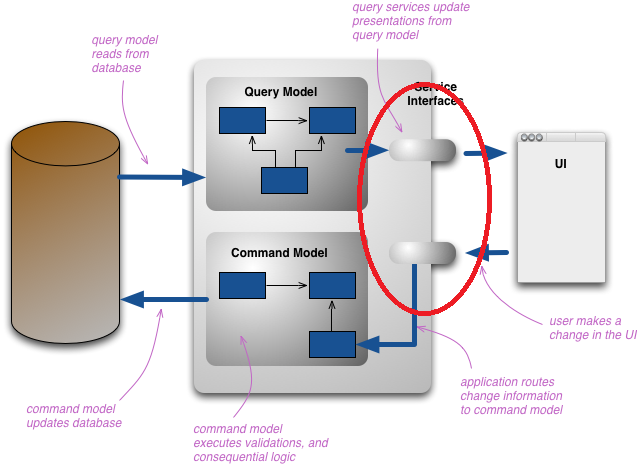 Notice how the CQRS diagram has two endpoints servicing the UI, not just one?

The Mediator pattern defines an object that encapsulates how a set of objects interact. Mediator promotes loose coupling by keeping objects from referring to each other explicitly, and it lets you vary their interaction independently.

The Mediator Pattern ensures that components don't call each other explicitly, but instead do so through calls to a mediator. In the following example, the Mediator registers all Components and then calls their SetState methods.

Mediators lend themselves naturally to the Observer Pattern and the Event Aggregator Pattern, since events are a natural way to register components with a mediator: 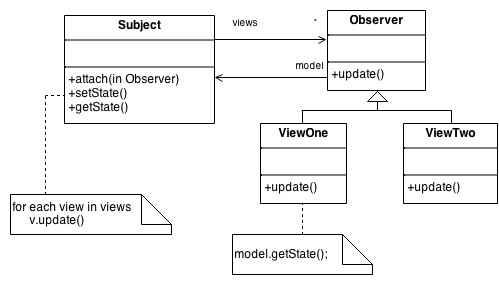 Notice how similar this diagram of the Observer Pattern is with the Mediator pattern diagram above?

So what does the Mediator Pattern have to do with CQRS?

Well, other than the fact that you can use a Mediator with CQRS, and an Observer Pattern with the mediator, and probably a half-dozen other useful software patterns with both.

Not the answer you're looking for? Browse other questions tagged design-patterns architecture architectural-patterns cqrs or ask your own question.

7
CQRS without using others patterns
4
Distinguishing between UI command & domain commands
4
Managing non-domain application behaviour in CQRS
15
DDD CQRS - per-query and per-command authorization
11
CQRS without DDD and without (or with?) ES - what is write model and what is read model?
2
Cross-aggregate operations, use domain service or domain events?
0
CQRS using queries or read services only?
0
Anemic Domain Model, CQRS, command bus
0
Where are: Domain, Aggregate, Entity on the picture?