One database table that is referenced by almost all the others

I have a relational database similar to the one in the diagram where there is one table called app instance which is the foreign key in almost all other tables in the database. It is meant to represent instances of the same web app.

Essentially if I need to run a test version of the app, I could create a new record in the app instance table. Then all records in the other tables would reference the test app instance keeping the data for the various app instances separate.

Having an app instance table makes it easy to reference all objects related to that app without going through various tables to get to the objects.

Here is the situation I'm dealing with shown in a crow's foot diagram with which I hope to illustrate what I think is a misuse of the idea: 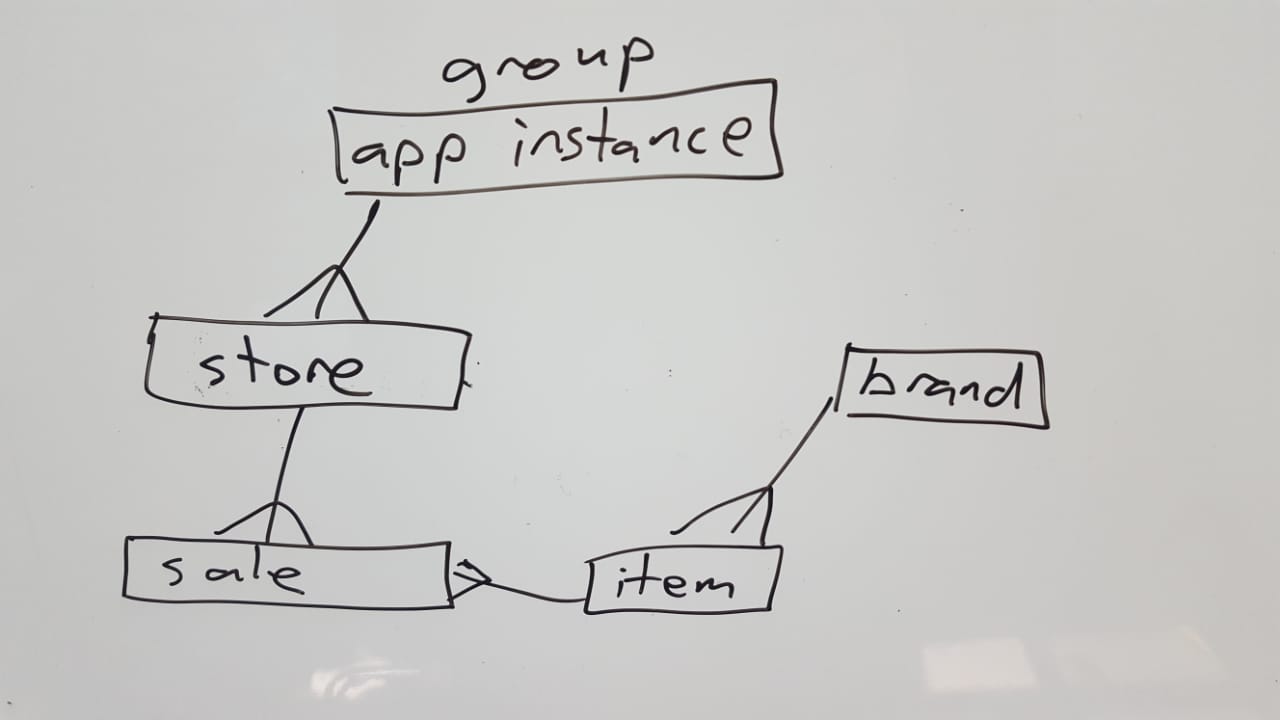 However, the other connections to app instance are questionable. items sold in one group's stores can easily be sold in another, the same with the brands. They do not belong to one app instance only.

I think that the right way would be to have separate group and app instance tables. Where app instance keeps ALL the data separate from another instance in the same database.

The alternative to this design would probably what you already suggested: giving each web app instance a database or database instance of its own. So this is a trade-off between these two design approaches.

Benefits of the multiple-database approach:

Benefits of the single-database approach:

Not the answer you're looking for? Browse other questions tagged database-design relational-database or ask your own question.

7
Database Table Prefixes
0
Design Pattern for Complex Data Modeling
4
One table for all transaction VS. Table for each user
3
Two tables with similar structure and referential integrity or one table
4
One wide table or multiple themed tables?
1
How can I model IS-A relationship on a ledger, when having different classes of products?
2
Techniques for efficiently partitioning data in a shared multi-tenant database
0
Is there any benefit in having more than one table for storing the same type of objects?
2
Designing database: split into different tables or group them together?