Level of detail of a refined user story in SCRUM

The main subject of my question are the user stories, after they have been put in the backlog, discussed, refined and ready to be put into the upcoming Sprint. Do they have to list all the possible detail and all the possible scenario?

Our team of 10 people spent almost 3 hours of the Refinement meeting discussing every possible detail of a simple App page that asks for an OTP, and after Confirm is pressed, either goes to the next page if the OTP is good, or display an error if not: 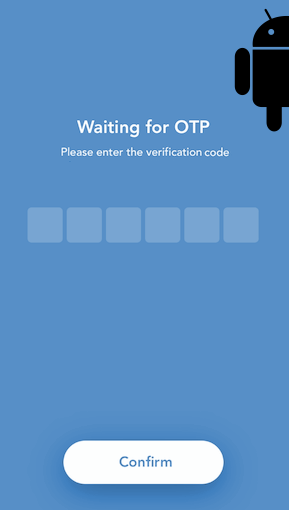 We wrote in detail (Using JIRA), inside the description of the User Story every possible scenario like what if the user deletes a single digit with the keyboard, what if he taps on the last input cell before writing the ones before, what happens if the user goes back and then goes to this page again, what happens if he writes just one digit then taps on confirm so the error label shows and then delete the digit again, what happens if there is no connection, if the user puts app on background and resumes it and the list goes on... The "refined" Story inside the sprint was more than 50 lines of text. Split in more than one story is not considerable as it constitutes an "atomic" functionality.

Is this normal? Everybody on the team say you have to put every possible detail or your User Story cannot be considered "ready" to be worked inside the Sprint.

And, after a story has been developed, we often have this absurd blame-game between Testers, Devs and even PO that makes everybody want to list every possible detail/scenario/use case:

Test Manager or PO: "I'm sorry, I cant consider this developed story you worked on 'Done' because if you insert this special character validation fails" -> Dev who worked on the story: "Where it is written? There is no such use case inside the Story so the Story should be accepted"

It looks like Waterfall divided in Sprints to me. Shouldn't agile be more flexible and iterative? I really believe that details emerge while you work on a functionality, it's not possible to know every detail before "testing" it.

Purpose of the story

With a view to the agile manifesto, we prefer individuals and interactions over processes and tools. With this in mind, we shall keep in mind the 3C of stories, and in particular:

A user-story is a placeholder for a conversation

So the user-story is only a tool to facilitate the interactions and to materialise the user need in the backlog. It should focus on the user’s needs and intents: “As a user I want .... in order to ....”.

We also prefer working software over comprehensive documentation. We do not want a complete specification before starting to implementation.

This does not prevent that we write down some notes in order not to to forget our conversation or the quality criteria:

Your full story including the success criteria, shall be of interest from the user point of view.

I have the impression that what you describe to us here is far too detailed. The goal of the user story is not to collect detailed test scenarios: it’s not called tester-story. And if the developer can develop based on the story, the tester can certainly prepare more detailed test-cases if needed.

Instead of putting the test-scenario up front in the user-story, the test cases could be developed JOINTLY with the development of the feature. No waterfall anymore, but parallel, integrated teamwork.

I think it is worthwhile to quote the second half of the Agile Manifesto here:

Responding to change over following a plan

So, rather than focusing on specifying every little detail in your story ("contract negotiation"), collaborate with the customer to clarify the requirements as you work on the story. Quite often, you won't know what details are important until you start implementing the feature.

If you can demonstrate that you have reasonably implemented the requirements of a story, you should accept it and move on. If you later identify a requirement that was missing in the original story, create a new story for it ("responding to change").

In your example, you want to specify everything precisely before anyone actually has tried it out. That's not possible. You can't design things at a table, implement the design, and then just hope that it works out. You have to create things, and then see if they work, and if they don't work, redesign.

So you should keep things less fixed in your user story. Your screen looks quite reasonable there, plus obviously what should happen: If the user enters six digits then they can press "Confirm" and the code is either accepted or not, if they don't enter six digits they can't press "Confirm". That's it.

Not the answer you're looking for? Browse other questions tagged agile scrum teamwork requirements user-story or ask your own question.

7
Product Owner introduces ungroomed (unfamiliar, not estimated) User Story(s) into the Sprint Planning meeting
3
How do you determine velocity when the previous sprint was half User Stories and half Defects?
15
How much detail about a user story can a developer expect?
11
How should we handle extra cosmetic features in Scrum sprints?
2
Level of detail of a user story
11
What should be the input of a scrum team?
2
Does Scrum need System specification document?
5
When agile versions span multiple sprints
3
Working Through a User Story
0
What are the disadvantages of performing task breakdown before story estimation?