Abstract Factory: Can Client Class have an aggregation with the Factory?

After searching for some Abstract Factory examples using modern programming languages, I have some dillemas about the sensu lato of conceptual UML schema of Abstract, more specificly about the Client (Application) Class and its relationships

On wikipedia example, the Client code has relationships with the Factory and each (family of) Products: 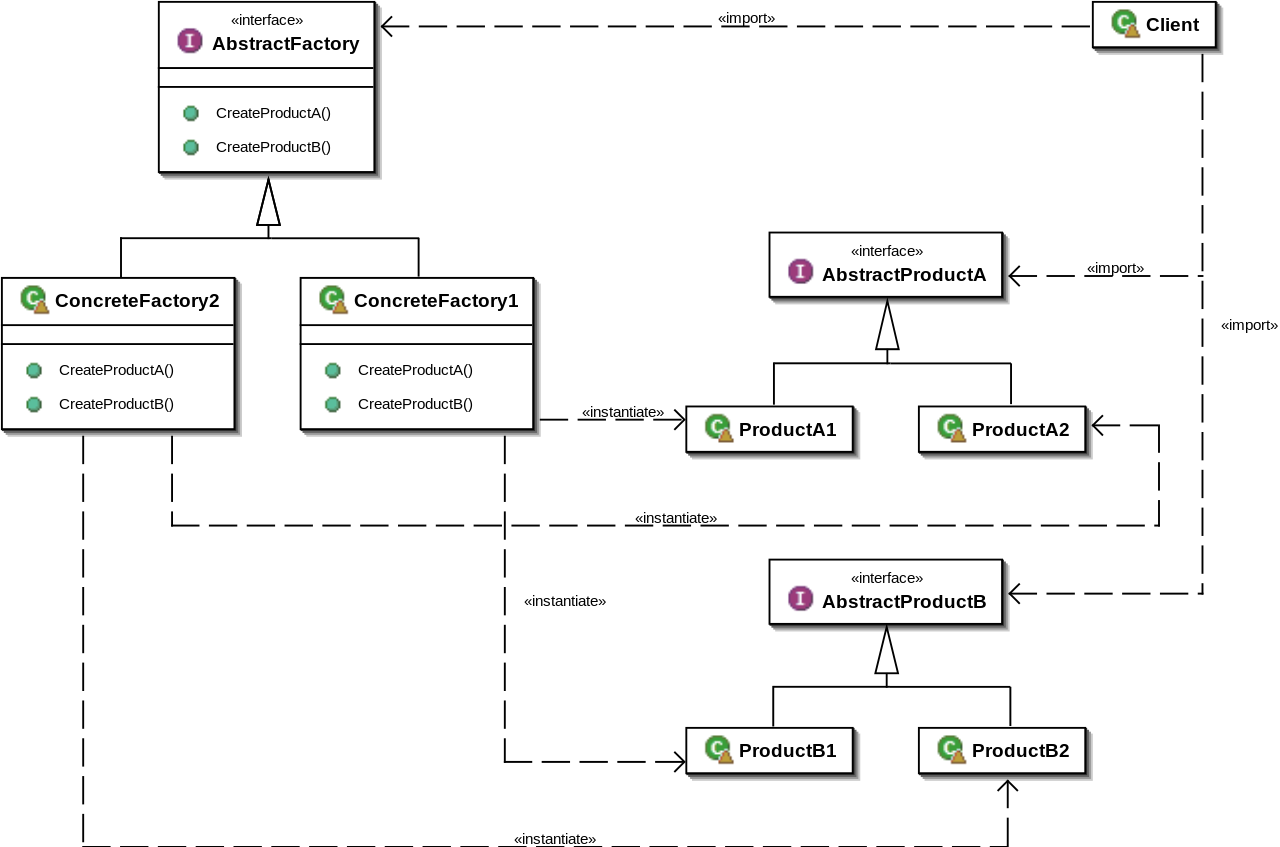 On the other hand,on Refactoring Guru the Client code has an aggregation with Factory: 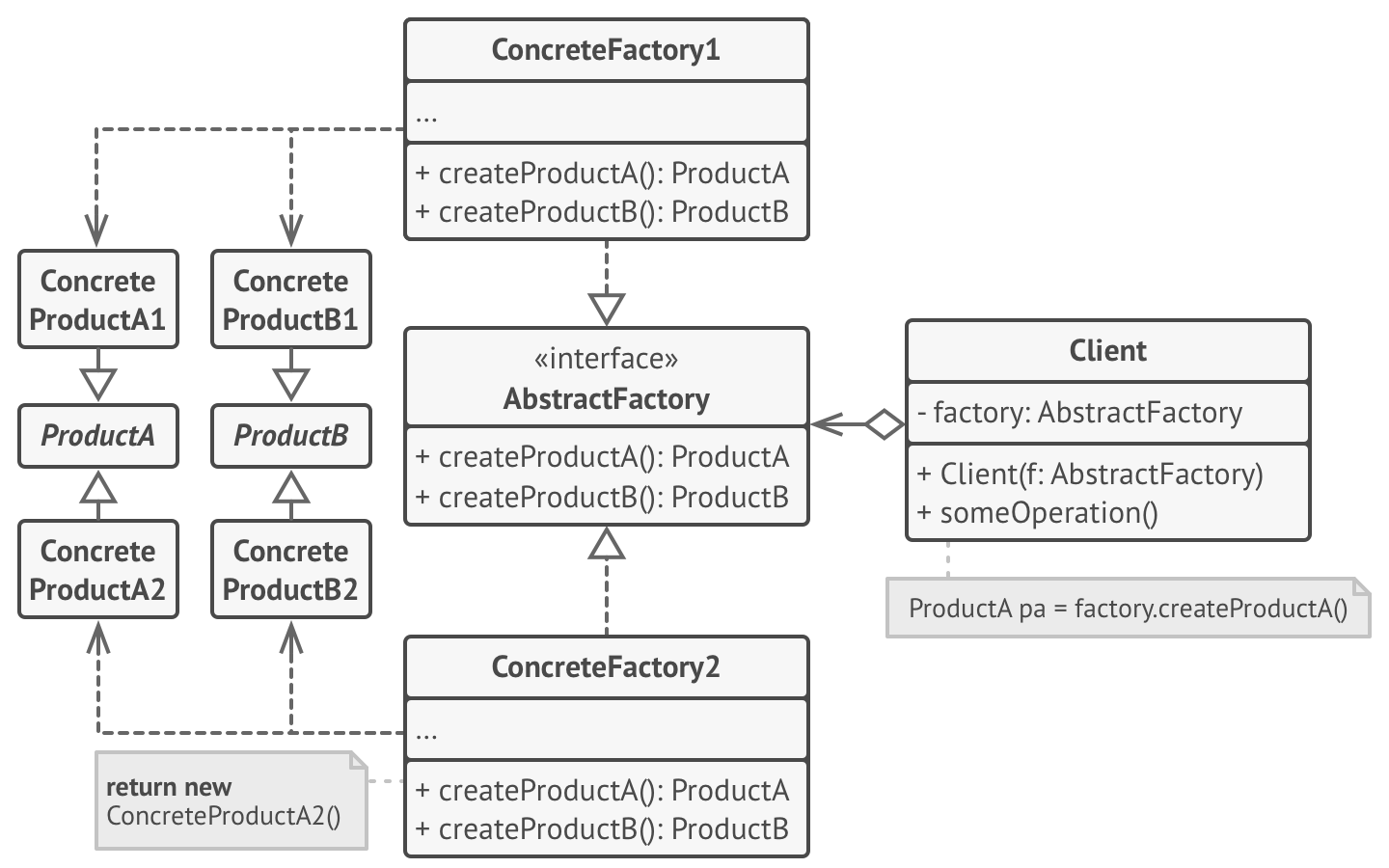 Can this last one be considered a "GOF" abstract factory too?

If so, would it be only on another way to simplify the diagram and make the use of concrete families implicit and not explicit?

It's the same pattern, and the two diagrams are practically the same, it's just that some of the details of how the pattern is actually used are somewhat obscured, and this makes them look superficially different.

The dashed arrows represent a generalized dependency - meaning that one type somehow depends on the other, but it doesn't necessarily imply that it holds a direct reference to an instance (e.g., it could just be that the type appears as a parameter to, or as a return type of, a function).

This is exactly the same situation as the one depicted in the second diagram, except that there the client takes the factory as a dependency through the constructor (but again, typed via the abstract interface). The fact that it's an aggregation is a detail (an implementation choice) that doesn't have any significance to the overall pattern - the important thing, and what makes it equivalent to the first diagram, is that (1) the type of the factory field is AbstractFactory (not any concrete factory), and (2) that the return types of the producer methods in AbstarctFactory are all abstract products. The fact that the client uses those types corresponds to the dashed arrows in the first diagram.

For example, someOperation() contains the line:

This means that Client (which defines someOperation()) depends on ProductA. This dependency is represented in the first diagram by the dashed line going from Client to AbstractProductA - it's just that this representation doesn't show exactly how this dependency occurs, just that it is there. In the second diagram, this dependency is implicit, and can be inferred from the other elements shown.

One thing that isn't shown on these diagrams is how is the concrete factory actually chosen. There's some third component that does this - it is often some kind of entry point, like the Main() method, or some kind of root to a module, or a root to some group of collaborating objects. I.e., it happens somewhere else, where you know which concrete products you want to use.

So the missing piece may look something like this:

The choice can be hardcoded, as here, or based on an entry in a config file, or done via preprocessor directives, or dynamically determined in some way, etc. The factory instance can be handed over to the client "manually", or it could be created, injected and managed by an IoC container.

The second diagram may represent an abstract factory. However you shall not see it as a reference diagram for this pattern:

Not the answer you're looking for? Browse other questions tagged design-patterns object-oriented uml aggregate abstract-factory or ask your own question.