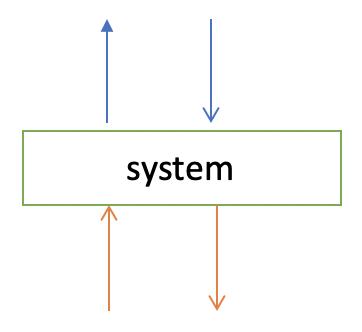 In understanding B, the traffic from lower to higher is northbound (blue), while that from higher to lower is southbound (orange). 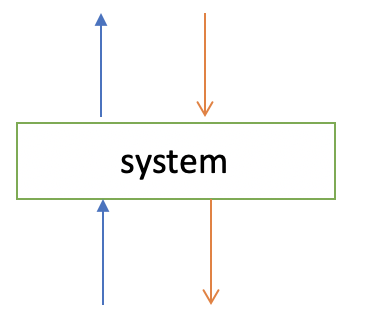 The traffic itself is not the interface. The interface is, in one sense, represented by the rules and conventions of how one system talks to another, and in a different (but related) sense, it is a piece of code on the periphery of a system that implements those rules, making the communication possible. 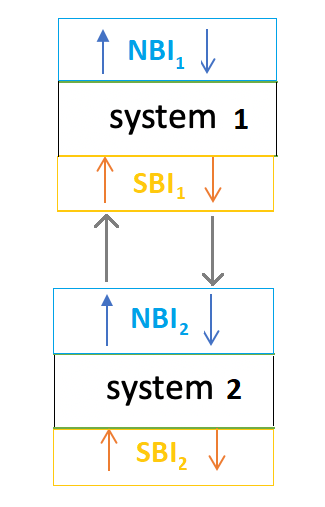 The interfaces define the way the communication happens, making the internals of each system decoupled from each other.

15
Correct terminology in type theory: types, type constructors, kinds/sorts and values
9
What is the difference between user requirements and system requirements?
3
Can a the kind of load Uber handles be served from just one server?
101
Which way are downstream and upstream services?
1
What was the distinction between module interface files and module implementation files before Oberon?
5
Does "middleware" have two different meanings?
0
Name of the relationship between a child object and parent interface?