Is this a good pattern? Or instead should I issue an access token from the api server, after the authentication with the auth server was validated? 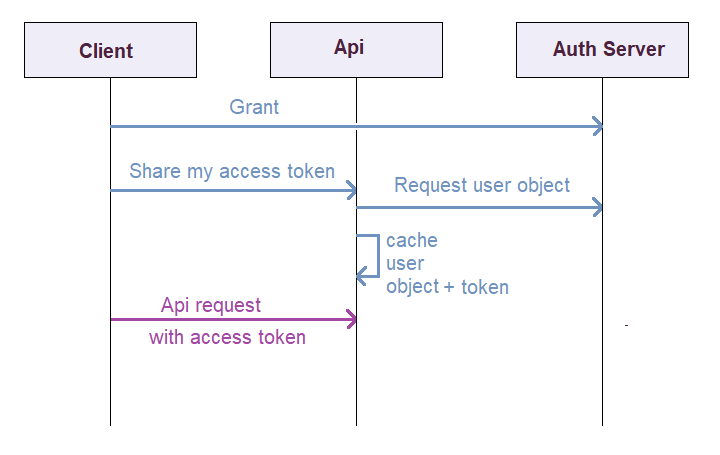 Browse other questions tagged api authentication oauth or ask your own question.