What is a recommended authentication architecture for a front GUI app that I want to control but that will be used by others to control their servers?

I have a front end (WEB GUI) app that I designed (Python for now + JavaScript in the future) that I use to access a controller, it uses REST APIs.

I want to publish this app in the cloud so that others could use it.

My idea is to use a two steps authentication/authorization process like below. Is there a better way? Please edit this diagram if you have suggestions 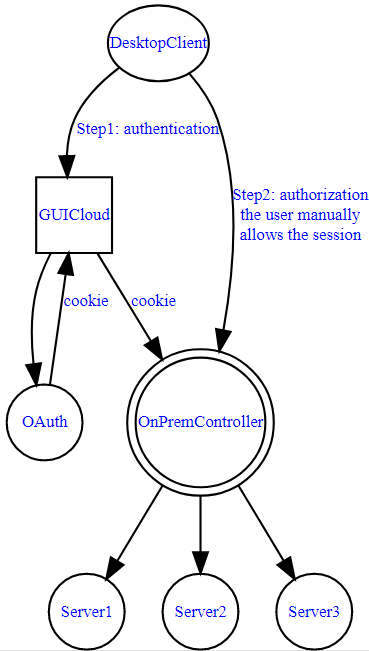 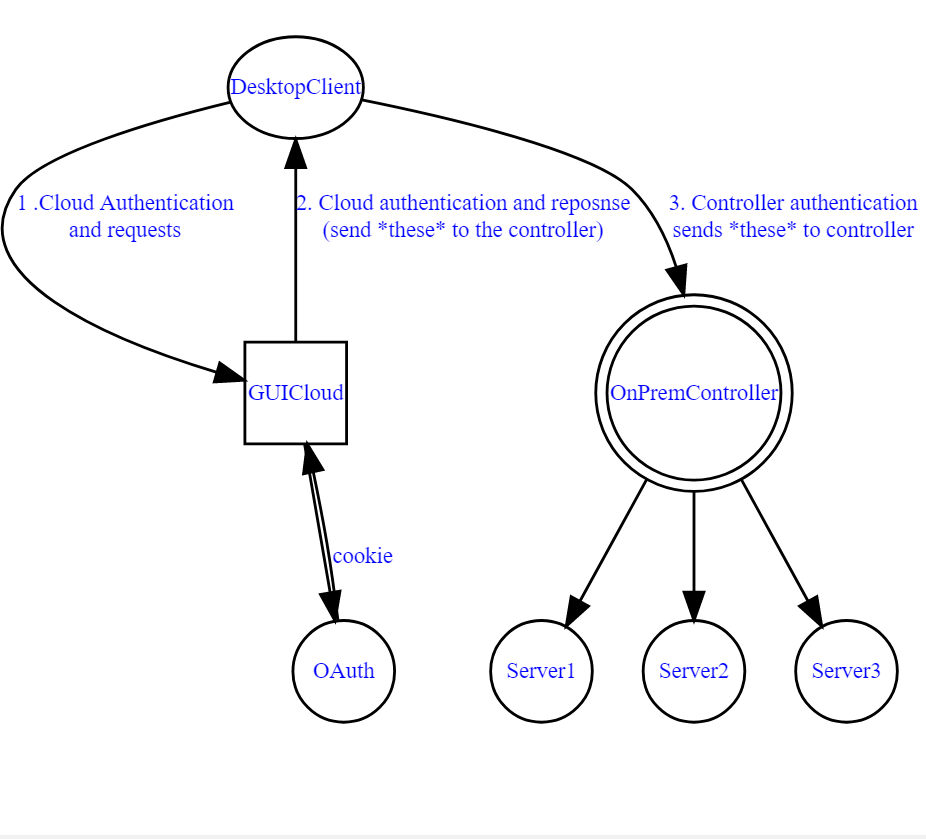 The general architecture you pose makes sense. I think if I were going to do it, the main tweak I would make would be to completely hide the interactions with the on-prem controller behind an API backplane. So, something, perhaps, like this:

By removing the desktop app's ability to talk directly to the controller, you plug a potential security hole by allowing everything to remain cleanly separated. Also by wrapping everything in an API you can apply consistent security rules to who is allowed which operations and you can maintain an audit of what was sent by whom and when. It also allows you to plug in additional interfaces later, should the requirement ever come up.

Another advantage is that the message queue could be either push or pull. The advantage to having the on-prem controller poll for commands is that it allows you to have a firewall in between them without forcing the client data center to open any ports.

As you've mentioned in your post, being very strict on security is imperative to minimize the risk to which you are exposing your potential customers, so think that model through thoroughly.

Yes, that is exactly what OAuth is designed for. If you use the Authorization Code Grant flow of OAuth, then the user's credentials are only communicated with the OAuth authorization server and your app only gets an access token that can be used (for a limited time) to access the OnPremController (the Resource Server in OAuth terms).

The steps in this flow are:

As the actual login communication between the User and Authorization server completely bypasses the WEB GUI, there is no way the login credentials can get in your hands.

Not the answer you're looking for? Browse other questions tagged security authentication or ask your own question.